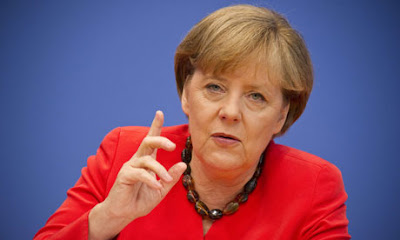 A rally on European stock markets evaporated on Friday night as investors began to voice concerns about whether the eurozone rescue plan for Greece would be enough to stem the currency bloc's debt crisis.

One leading investment strategist described the new deal as "less sticking plaster and more of a proper bandage", but warned the underlying problems in the Greek economy had not been addressed. Another said the voluntary 21% "haircut" agreed by the banks was less than a third of what was required.

The credit ratings agency Fitch added to worries over the deal after it declared Greece would be in temporary default as the result of the €109bn (£96bn) bailout. The move is likely to be matched by rival ratings agencies.

The FTSE 100 finished up just 35 points at 5935, adding to small gains on the main French and German exchanges following a volatile day that saw most shares sink before a moderate recovery. Markets had initially cheered the deal and pushed up US stock prices overnight.

British and German government bonds, considered a safe haven, ended higher as investors started to have doubts about the scheme, which involves offering Greece, Ireland and Portugal longer to pay off their loans and a cut in interest payments.

Greece was also offered a relatively small one-off reduction in the value of its outstanding loans that will reduce its debt-to-GDP ratio from the 160% it was expected to reach before 2015.

French prime minister François Fillon said the deal guaranteed there would be no default by member states in the 17-nation bloc. However, comments by German banking bosses that the deal would need to be examined added to the air of uncertainty.

Germany's BdB association of private banks said that while an agreement was "an important step," the industry needed more information on its involvement.

The Institute of International Finance, which led talks for private investors, said 90% of creditors will sign up. Deutsche Bank, HSBC, BNP Paribas, Allianz and Axa are among the firms ready to support it.

Holders of Greek debt who are not on the institute's list of supportive firms include Royal Bank of Scotland, Italy's Unicredit and the French Crédit Agricole banking group.

The offer is voluntary, raising the possibility that some investors, such as hedge funds, will not participate and wait to be repaid at the full price.

Standard Life said the deal was a positive move but it would continue to shun European shares and sovereign bonds, leaving it underweight in both.

Richard Batty, the fund manager's global investment strategist, said the bailout package still failed to tackle the economic situation in Greece and other debt-laden countries: "This programme is less sticking plaster and more of a proper bandage but that still doesn't deal with the underlying issues. You have to make these ex-growth economies like Greece and Italy more productive and able to compete in global markets. Without higher productivity and growth it will prove difficult to pay down debts, even with the improved deal."

Gary Jenkins, head of fixed income research at Evolution, argued the compromise to limit private sector bank losses to 21% was not enough to save Greece from years of austerity: "We have long thought that the most likely outcome for Greek bondholders would be that they would take a small haircut first followed by a larger one at a later date.

"To give Greece a fighting chance they probably need a writedown close to 65%," he said.

Analysts also warned that the need to put the package to a vote in the parliaments of each eurozone member state meant the deal could yet be derailed.

"Some of the euphoria that was in the market as the result of [Thursday's] events has eased off a little bit," said Eric Wand, strategist at Lloyds Corporate Markets.

"Some of the measures that were announced have still got to be passed by national parliaments – particularly with regard to the EFSF [European Financial Stability Facility]. And there may be some concerns about the sustainability of the debt situation given the easing growth backdrop," Wand added.

Germany's Angela Merkel said she was confident the Bundestag would vote through the package after she secured private sector involvement against French fears it would trigger a mass withdrawal of private funds across the eurozone.

France's BNP Paribas is set to take the biggest hit of around €950m, as the largest holder of Greek government debt outside the country.

Fillon said France's debt would increase by €15bn by 2014 taking into account the cost of providing a guarantee. The increase in debt raises the risk that France may overshoot the government's debt targets, which foresee a peak at 87% of GDP in 2012.

Ireland said the reduction in interest rates and extension on much of its lending could save €1bn a year in costs. Prime minister Enda Kenny thanked UK chancellor of the exchequer George Osborne for matching the eurozone plan with a reduction to 3.5% on the interest payments of a separate loan Britain offered last year.

Other sharp investors are also warning against too much bailout euphoria. Stephen L. Jen, managing partner of London-based hedge fund SLJ Macro Partners LLP, told the Wall Street Journal that "ad hoc" measures won't address the fundamental challenges arising from economic and political divergence within the bloc of 17 nations that share the euro:

"We are not closer to the end," said Mr. Jen, who was formerly Morgan Stanley's global head of currency research and has worked as an economist at the International Monetary Fund, World Bank and Federal Reserve. Europe needs to become "a United States of Europe, rather than a collection of countries. Obviously, Europe is far from getting to that stage. This is why there will be problems for a long, long time in Europe."

Euro-zone leaders agreed Thursday to provide €109 billion in new loans for Greece as well as an additional €50 billion through a bond exchange and buyback plan. They also provided sweeping new powers to the €440 billion Financial Stability Facility, the region's bailout mechanism, including the power to buy Greek government bonds in the secondary market and provide credit lines to recapitalize member nations' banks.

Financial markets were initially cheered by the news, but skepticism crept back Friday, reflected in a decline in the euro. Rating agency Fitch said Friday that the role of the private sector in the new Greek bailout plan would constitute a "restrictive default" event.

Mr. Jen said the new measures, including the private sector participation, meant the debt crisis moved from the first stage--no default of any kind--to the second stage of an "orderly default".

"The third stage will be disorderly default when one country may decide not to honor debt obligations in the future," he said, describing a scenario in which bondholders have a "haircut," or losses, imposed upon their portfolio against their will. "The latest measures may be another hard kick of the can, and the can is dribbling."

His favorite trading strategy is to continue buying the Swiss franc and selling the euro, rather than to buy the dollar and sell the euro.

The franc is the "only true safe haven in Europe," he said, adding that the euro-dollar trade is complicated by both the euro zone crisis and the U.S. political impasse on debt-ceiling. The dollar may still falter due to the risks of another round of quantitative easing measures from the Federal Reserve, he added.

Another attractive trade for Mr. Jen is to sell the dollar and buy Asian currencies. On top of his favorites are the Singapore dollar, the Malaysian ringgit and the Chinese yuan.

Let me share some thoughts with you. In order to give Greece a "fighting chance," they'll have to write off 75% of the debt or else we're going to see political chaos, debt repudiation and the return of the drachma next year. No matter what happens, I see another 400 years of tyranny ahead for my ancestral homeland.

My friend just came back from Greece and told me, "it's a disaster, very sad to see so many young, smart people unemployed." Indeed, the official youth unemployment rate in Greece stands at 45%, meaning one out of every two is searching for a job and those that are working are typically underemployed and receiving low wages. My friend added: "It's so bad that Albanians and Eastern Europeans are leaving Greece to go back to their countries. Over 50,000 Greeks applied for a US visa and only 50 were accepted." And as if things aren't bad enough, the dumb taxi drivers and sailors in Greece just decided to strike this past week smack in the middle of tourist season! I would throw these idiots,and the shameless politicians from all parties, all in jail for treason and hire unemployed who want to work.

But the "smart geniuses" over at the IMF will tell you not to worry, austerity is working just fine in Greece. I'll tell you that austerity is a total disaster in Greece and elsewhere. I just spoke to a couple from England who recently left Manchester to emigrate to Montreal, Canada. The lady told me Manchester is a "drug infested, gang infested hell on earth where kids as young as 6 years old are killing each other and beating up police officers. They cut the police force by half and crime went up 200%." She told me austerity in the UK is exacerbating income inequality to the point where social chaos will ensue and possibly "civil war." She's obviously exaggerating but she worked for a charity there helping troubled teens, so she was on the front line watching social degeneration.

Scary thought, but Manchester might be the future of all major cities in the developed world. That's why I remain confident that the world's power elite will do whatever it takes to re-liquify capital markets, introduce inflation in the system and try to inflate their way out of this structural debt crisis. That means that even though the overall indexes might trade sideways for a long, long time, there are plenty of trading opportunities in stocks because hedge funds, mutual funds, bank prop desks still need to make money and will trade like animals. They will squeeze the juice out of this sucker until they bleed it dry.

So relax folks, euphoria might wane, Ray Dalio might have mastered the machine, Michael Hudson is right, Wall Street's euthanasia of industry will continue unabated, but the truth is there are powerful interests behind this global "debt crisis" dictating the terms for the rest of us, and they will fight debt deflation tooth and nail. Just remember, they're always trying to screw you any way they can by scaring the shit out of you. It is futile to fight these powerful, rotten interests; much better to understand them and try to protect yourself as best as possible as the world sinks deeper into hell.