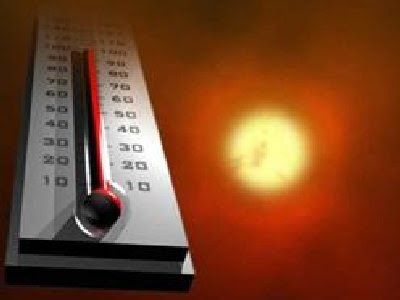 Greek Prime Minister George Papandreou passed an overhaul of the pension system in a vote that tested the unity of his socialist government and prompted the second national strike in as many weeks.

The plan, which includes lower pension payments and delayed retirements, was carried with 159 votes to 137 against in the Athens parliament. Papandreou, who expelled three members of his Pasok party for defying him in a May vote on austerity measures, managed to secure support from deputies even as some indicated they may oppose various articles that will be voted on individually today. A final vote on the bill will follow today.

“It is not the government or Pasok which will be at risk if things remain the same,” Papandreou told the chamber before the vote. “Those who are at risk are Greek citizens. We are guaranteeing that the 20-year-olds and 30-year-olds of today will get a pension.”

Papandreou committed to the pension overhaul to secure 110 billion euros ($135 billion) in emergency loans from the European Union and the International Monetary Fund that allowed Greece to avert a default on its debt. The pension vote follows passage in May of 30 billion euros in austerity measures, including wage cuts and tax increases, that prompted the defection of the three socialist lawmakers.

Their expulsions left Papandreou with 157 seats in the 300- seat legislature, sparking concern that further defections could threaten his hold on power less than a year after winning elections.

“The dissent within the ruling party is increasing and political fatigue is starting to emerge,” Giada Giani, an economist at Citigroup in London, said before the vote.

Government spokesman George Petalotis yesterday sidestepped a question on whether dissenters would be expelled, saying “a discussion on party discipline reduces the significance of the huge reform under way.”

Papandreou, whose union-backed party won elections last October on pledges of higher wages, has cut state workers’ salaries and raised sales, fuel and alcohol taxes to combat the country’s financial crisis. The 58-year-old leader argues the measures, aimed at reducing a budget deficit of 13.6 percent of economic output, are needed to stave off a default and restore investor confidence in Greece.

Greece’s central government cash deficit narrowed almost 42 percent in the first six months, Bank of Greece data showed on July 5, prompting Finance Minister George Papaconstantinou to signal the country may even beat a target of bringing the shortfall to 8.1 percent of gross domestic product. The European Commission said in a report yesterday that Greece’s deficit- reduction plan “was broadly on track.”

Overhauling pension rules including curtailing early retirement and calculating payments over a longer period of employment will shore up Greece’s public finances, the European Union has said.

Spending on pensions would reach 24 percent of GDP if left unchecked, twice the level of 2007. Concerns about Greece’s future pension financing have played a part in the surge in the risk premium investors demand to buy Greek 10-year debt over comparable German bonds, the Organization for Economic Cooperation and Development said in a July 2009 report. That spread reached a euro-era record 973 basis points on May 7.

Greeks are divided over the changes, an opinion poll showed on July 3. More than 35 percent of 1,002 people surveyed by Kapa Research for To Vima newspaper said the bill was unfair, yet necessary and another 14.2 percent fully supported the changes as “imperative.” Nineteen percent called them “catastrophic” and 29.6 percent said the bill should be withdrawn.

Today’s walkout is the sixth general strike this year, and the raft of austerity measures have sparked near-daily protests from groups ranging from lawyers to dockworkers.

Petros Christodoulou, head of Greece’s debt agency, said on June 22 that protests are a good sign because they show people are “feeling the pinch” from the cutbacks.

While attendance at marches has dwindled from a peak on May 5 when three people died in a bank fire set by protesters, the strikes are disrupting transport, commerce and tourism, as visitors try to get to Greek islands for summer holidays.

Olympic Airlines will scrap 28 flights today, mainly between Athens and the islands, and reschedule another 23. Aegean Airlines is canceling six. All public transport in the capital will shut down and no ferries will sail as dockworkers and seafarers walk out.

Tourism contributes 16 percent to the country’s GDP, according to the World Travel and Tourism Council, and accounts for one in five Greek jobs. The WTTC expects growth of 0.9 percent in the industry this year.

I never agreed with strikes during tourism season, but I understand the frustration of many Greeks who are fed up with the corruption and cronyism that has plagued Greece's public finances through the years (both major parties are guilty of this). Unfortunately, the Greek pension system, like so many others, made unsustainable promises and was in dire need of reform.

In the UK, the BBC reports that a quarter of a million workers at 400 universities, higher education colleges and associated institutions face cuts in their pensions. In fact, the financial crisis has sparked an EU-wide rethink on 'unsustainable' pensions:

A Commission report advocates automatic adjustments to the retirement age as life expectancy increases. Some EU states have adopted such a mechanism.

France, Greece, Spain and the UK have plans to raise the retirement age.

But the changes, brought in as governments seek to slash chronic budget deficits, have angered many workers. Thousands have protested in the streets.

There are currently four people of working age for each person over 65 in the EU, but by 2060 the ratio will be just two for each pensioner unless pension systems are overhauled, the Commission says.

The Commission - responsible for drafting EU laws - accepts that the governments of the 27 EU member states retain control over national pension systems.

But the EU "green paper" on pensions is aimed at launching a debate involving all stakeholders so that European pension systems are harmonised better. It is inviting contributions to the debate until 15 November.

The report says "the steep rise in old-age dependency ratios could be largely avoided if people would work longer".

Less than 50% of adult Europeans are still in work by the age of 60, yet member states had pledged in 2002 to push back the retirement age by five years, it says.

The Commission also complains that there are "considerable barriers to cross-border activity" in the area of pensions. Discriminatory tax rules are among the obstacles that many pensioners face when they move to another EU country, it says.

In Canada, according to one expert, the federal government could set “an exceptional” precedent if it offers the Canadian Press a 13-year reprieve to pay off its pension plan shortfall:

CTV Globemedia, Torstar Corp. and Gesca, the owners of La Presse, are in negotiations with the newswire’s union and hope to firm up plans this fall to take over the co-operative and change it into a for-profit business.

Last year, CP management and its union, the Canadian Media Guild, agreed to ask the federal government for a special permission to repay its $34.4 million pension plan shortfall over 13 years.

“It seems unusually large,” he said, adding that with so many pension plans in trouble the feds would face tremendous pressure if it granted CP’s request and created a precedent.

Cabinet ministers have only ever approved 10-year extensions, such as Air Canada’s, said Department of Finance Canada spokesman Jack Aubry.

Federal legislation usually only allows companies five years to pay back the money they owe.

“Stretching repayment options is always risky…(the company) would have 13 years during which they could become insolvent,” he said.

Terry Pedwell, president of the Guild’s CP unit, said the union isn’t bargaining to change the 13-year payment schedule, it is more concerned prospective owners want to close down the pension plans.

“They think that closing the plan for new members is a way to dealing with this (shortfall)” he said.

“They are not putting any money at all into paying down the pension deficit.”

The reality is companies everywhere are shutting down private pension plans. This is why many concerned groups have been sounding the alarm on pensions.

One reason costing millions: In their last year of work, many state employees compile hundreds of hours of overtime in order to increase their salary. Lifelong state pensions are based on the last few years of salary.

"Our ongoing investigation into pension padding has so far identified problems that transcend occupation, region, or job title," Cuomo said. "More critically, we have developed solutions and tactics that, if implemented, can reduce the abuses of the pension system. While we expand the scope of our probe, I urge all public employers to closely examine how they can improve the way they do business for the sake of the state and taxpayers."

Cuomo said that widespread abuse of labor agreements is occurring.

His reported cited an example a firefighter who worked 2,004 hours of overtime, a police officer with 823 hours, and a highway maintenance worker who compiled 539 hours near the end of their respective careers.

Cuomo, who is running for governor, said that most counties allow this padding practice.

His running mate, Robert Duffy, collects a pension as a former police chief and earns a salary as mayor of Rochester. But Cuomo said that case is different because Duffy retired as a chief and did not make overtime.

The pension-padding investigation did not include New York City employees, but may in the future. Cuomo said that criminal charges may be filed in the most egregious cases.

Watch the clip below. Pension heat is rising everywhere, and when I see outrageous pension spiking taking place in the public sector, my blood boils. Private sector workers are getting poorer and are asked to subsidize balooning public pension costs. Let's hope stock markets keep sizzling instead of fizzling because at this rate, it won't take long before we reach the pensions boiling point.