I watched the Tim G. show today. I was not impressed. One and a half years after conservatorship the Treasury Secretary admitted he was on square one when it comes to a fix on the Agencies. He admitted he had been diverted, saving everything else required more immediate attention.

On future timing Tim was very vague. He said there would be meetings and progress made gathering a consensus of what could and should be done over “The next three months”. Read this to mean that the talk goes to the summer recess and the issue does not come up again until after the mid term elections. So the answer that Tim would not give on the timing for delivering a defined strategy for the Federal role in the mortgage market is sometime at least a year from now.

I found some of the following to be of interest:

Barney runs this show. In my eyes he was rude on more than one occasion. I thought he abused his position with the gavel. There was, throughout the proceedings, a repeated statement by all that a bi-partisan approach would be required to forge a successful outcome. With that in mind you should have seen the rancor between the Dems and Reps. It’s pretty simple. They hate each other.

Barney added to the fray with a 10-minute historic review of legislative failures on GSE reforms. He blamed the Republican for all the problems. When asked about the growth of Sub prime at the Agencies while he was minding the store he blamed the Federal Reserve for not policing the issuance of junk mortgages. So basically Mr. Frank shares none of the blame for what happened. Wow!

On at least five occasions BF made clear that he would be focusing his attention on the rental market and not the privately owned homes. Just a hunch here. Barney sees a few million houses in inventory on the Federal level over the next few years from the REO of the agencies. I think this will be his new rental property.

On the timing of GSE reform:
“Don’t tear down the jails until the new ones are built”.

To a Republican Congressman:
“I don’t care what you do with your (allotted) time. You can sing a song if you want to.”

T.G.
“I don’t have a judgment now on extending the temporary limits”.

Sherman pushed:
“Will the cuts in the limits at the end of the year kill the economy?”

BK This from a Dem? Tim could not answer this question? It means he can’t go to the bathroom without asking permission.

T.G.
“Not worse. They were better”. “Getting rid of F/F is a home owner killer”
Later TG added, "Fan, Fred and FHA are the only game in town for mortgages."

*************
Treasury Secretary Tim Geithner on the question of the “Christmas Eve” unlimited support package for the GSE’s:

“I exercised the prior authority provided by my predecessor”.

BK The way he delivered this line was a ‘tell’ that he had practiced it in the shower this morning. These guys never owe up to the choices they make.

*************
Jeb Hesarling (R Tex):
“F/F are tools of national economic policy” “They are an instrumentality of the Administration” “What is your time table for dealing with the GSE’s?

T.G.
“We will take an appropriate amount of time”

Hesarling:
Do we need a central GSE role in this country? No other country has a similar system.

BK: Another sign that GSEs are going to be with us for some time to come.

Rubin Hinosa (D Texas)
“Small banks in my district were urged to buy F/F preferred stock so that they would look better. They lost all their money in those investment and now do not have the capital to make new loans. What are you going to do to fix that problem?”

T.G.
“We are working on a $30b lending facility to help Community Banks offset their losses on GSE securities.”

T.G.
“Legislation is being drafted”.

Later Donald Manzullo (R Il.) goes in the same direction:
“T.Sec Hank Paulson stated in his book that the Treasury bought Agency debt to satisfy Chinese Banks. Community Banks bought (Agency Pref). Those banks were deceived by Fannie and Freddie. Why aren’t the Community Banks being treated like the Chinese?”

T.G.
“My predecessor did this.”

T.G.
“We are working on a plan to put in place a capital facility.”

Manzullo:
“If they were made whole on the Preferred we would not need a new lending facility”. “Do you need authorization from Congress to do a (preferred) stock buy back”?

BK This puts the Pref issue “Out There”. I am not a lawyer but it seemed to me that our boy Tim is working on a back door plan to “make whole” all those nice Community Banks who bought Agency Pref. You can’t do that. One holder of Fannie pref gets made whole through soft loans and the other holder of Pref gets Dick’s hatband. And Timmy gets to decide who gets what?

I think Tim opened a can of worms with this. He just admitted to working a side deal to help some more banks out. At the expense of those who bought the swill from the likes of Merrill Lynch? I don’t think so. Not sure that Hank actually said this in the book.

***************
Shelly Capito (R WV)
“Are we (the government) competing with the private sector in establishing a private mortgage market?”

T.G.
“No. The banks are reporting that they see little or no demand for loans”.

T.G. responds with a smile and a sort of hat tip to the Austrians:
“Interest rates played a role”
“Moral hazard (gvmt. Gtee.) played a role”

BK The comment on interest rates being so low during the bubble as a cause of the 08 blowup is interesting. Greenspan swore on a stack of bibles recently that it had nothing to do with it at all.


BK: TG takes credit for nothing. We really have to can this guy.

***************
Maxine Waters (D Cal.)
“The Housing Trust Fund lost its billion dollar financial support from F/F. What are you going to do to replace that lost funding for HFT?”

T.G. makes clear that he will address this problem.


BK The HTF is a Congressional fund of sorts. It was funded by the GSE’s as partial payback for soft legislation. This type of thing is why we are in trouble today. And Maxine and Tim have promised to fix the problem and restore the fund. Nothing has changed but the names.


*****************
On the issue of whether the debt of the GSE’s is a sovereign obligation and should be accounted as such on the federal balance sheet:

T.G.
“It is not sovereign debt. But we will pay it. Both past and future debt.”

T.G.
“The GAO has agreed that it is not necessary to consolidate the debts on the government’s books.” 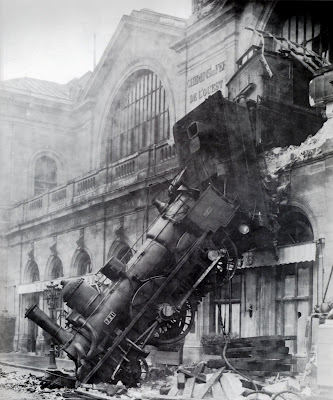