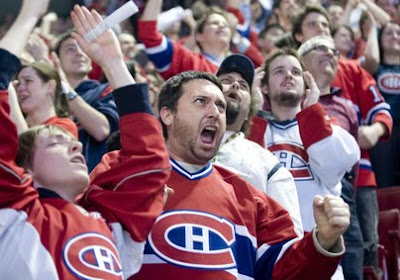 The failure of pension plan legislation and design to keep up with the times is hurting the ability of Canadians to prepare for retirement, according to the president and CEO of the Ontario Teachers’ Pension Plan.

Jim Leech told a Toronto audience on Wednesday that the current state of Canada’s retirement system is markedly different than it was in 1966 when the Canada Pension Plan was made available at age 65. Life expectancy then was 72, so the gap to be bridged between the end of a career and death was narrow.

It is now a different world. Life expectancy for those born in 2007 is 80.7 years, according to Statistics Canada, with an additional 20 years for those who make it to age 65. In the face of increased longevity risk and elusive investment returns, many plan sponsors have joined the migration to defined contribution (DC) plans in order to shift the pension burden to the shoulders of plan members.

As a result, private sector workers are increasingly chafing at the prospect of losing their DB plans while their public sector counterparts enjoy a guaranteed benefit for life. Leech cautioned that such optics are contributing to “pension envy” which threatens to spoil the debate on pension reform.

The perception that DB plans are unaffordable to most plan sponsors is due to two main culprits, he said. Short-sighted tax rules and court decisions have discouraged plan sponsors from saving enough in good times to offset losses in bad times, and “weak-kneed managements who, out of expediency, promised unrealistic levels of future benefits in order to dampen salary demands.”

Leech outlined the social costs of the DB to DC migration, including the prospect of retirees outliving their savings and ultimately costing taxpayers more in social services.

Instead of a choice between the two plan types, Leech offers a hybrid plan as a possible solution. He illustrated recent steps taken by British, Dutch and Australian governments, such as raising the universal plan to a livable pension, extending pay-as-you-go plans to all workers, and amalgamating pension plans in order to spread out the investment risk and lower costs.

“The Dutch also bought ongoing sustainability by setting guaranteed pension to a career-average compensation level, rather than a top-five-year average level, and without indexation,” he said. “Employees can then purchase additional credits through a DC overlay should they wish. In other words, a DB/DC hybrid.”

Leech acknowledged the inclination of the federal and several provincial

governments to allow a greater role for the private sector in pension reform, but stressed that the current fees collected by advisors and managers continue to be an issue.

“I think the solution is going to come in many different ways,” he said. “But the private sector has to address the cost issue—which is a big issue.”

His ideal outcome of the pension reform effort would feature individual hybrid retirement accounts featuring a guaranteed portion with a DC overlay on top of it.

“Some sort of a plan that has a 2% guarantee, so that I know if I’m saving money every year I’m going to get 2% (returns) or better. It’s an individual account that I can take with me everywhere I go.”

Leech also said that the federal government is out to lunch when it comes to the rules governing pension plan investment laws.

He pointed out that while the Ontario government acknowledged recommendations by the Ontario Expert Commission on Pensions by amending the 30% maximum ownership rule for pension plans in its latest budget, the federal government has not indicated that similar reform is a priority.

This puts Canadian institutional investors at a disadvantage, as foreign pension funds are able to purchase 100% of a Canadian company while local funds cannot.

“Because of this outdated rule, we have to either bow out of the race or construct costly, complex, time-consuming structures that eat into our rate of return and distract our investment professionals. This is not a theory. This is day-to-day reality that does nothing but cost plan members and taxpayers money,” said Leech.

He called upon the federal government to make amendments to the 30% rule a priority in order to improve the lot of the country’s defined benefit pension plans.

I applaud Jim Leech (as well as John Crocker of HOOPP and David Denison of CPPIB) for taking a stance in the Canadian pensions debate. I am not a big proponent of "hybrid" plans, preferring a universal pension plan run by several large public pension funds with world class governance rules, but anything is better than what we have now.

I will go a step further and say that shifting the burden of retirement onto individuals is simply immoral, and as Mr. Leech rightly points out, it will end up being more costly to taxpayers in the form of social services.

These markets are treacherous, even for the best fund managers. It's ridiculous to think that individuals will do a better job at handling their retirement savings than professional pension fund managers. And yet, that's exactly what some are proposing.

As far as the 30% rule, I agree with Mr. Leech, the federal government should scrap as soon as possible. The CPPIB recently entered the New York office market, purchasing a 45% stake in two prime midtown Manhattan office towers for a combined cost of US$663-million. Some industry watchers think this is just the right time for such purchases:

North America's commercial real estate market is still in pretty bad shape overall. Chicago-based commercial real estate services firm Jones LaSalle expects office vacancies will keep rising and rents will keep falling across Canada and the United States through to the end of the year. But market experts are predicting that the office market for midtown Manhattan is already on the road to recovery.

"New York has always been one of the first to recover," said Stephen B. Siegal, chair of global brokerage for New York-based real estate market research firm CB Richard Ellis. "Its market is very resilient."

"New York is a unique case," said Dan Fasulo, managing director of commercial property research firm Real Capital Analytics. "It is easy to say that rates are still falling when you're looking at nation-wide averages, but it is clear in many of the major global cities that rents and occupancy levels have stabilized if not improved in the last three months."

"Once the balance of the less-than-desirable space that in normal times is gone because it is priced low I really believe rents will rise rapidly, aggressively," Mr. Siegal said.

According to a recent CBRE report, asking prices for rent in midtown fell only 4% over the last six months, compared with a 20% drop in rents during the same period in 2009. According to CBRE, the slowing decline means average asking rents in midtown are starting to bottom out, setting the groundwork for an increase.

Canadian pension funds need to be opportunistic and they need to take advantage of deals all over the world. As long as risks are well managed, including currency risk, then why are federal government rules preventing them from taking full advantage of these opportunities? We are doing ourselves a great disservice, one which will end up costing taxpayers down the road.

Finally, on behalf of all Montreal Canadians fans, I congratulate the Habs for their well earned victory against the defending Stanley Cup champions, the Pittsburgh Penguins in game 7 of an incredible series. Let 2010 be the year where we bring the Cup back to Montreal where it belongs. Go Habs G0!