Gold climbed $7.20 or 0.45% yesterday in New York and closed at $1,618.80/oz.  Gold traded sideways in Asia prior to a sudden buying bout which saw gold rise from $1,618/oz to $1,625/oz. Those gains have gradually been given up in European trading where gold is now trading near yesterday’s close.

Gold appears to be consolidating after hitting its 4th session of gains, when weak US economic data, in the form of poor retail sales, led to renewed QE chatter.

Gold is likely also being supported by real concern about the outcome of Greece’s elections on Sunday. This has led to one major foreign exchange provider suspending all trading in the hours around the announcement of the results of the Greek election.

Cash gold has gained 1% this week and appears to be reasserting its safe haven status due to the deepening debt crisis and near term risk of contagion.

Spain’s sovereign debt rating was cut 3 notches by Moody’s and market watchers feel they will need a ‘bailout’ soon even though they just received eurozone financing to bail out their troubled banks.

While superficial analysis has recently again questioned whether gold is a safe haven and has suggested it is not due to its recent performance, gold is again acting as a safe haven for those who need a safe haven.

Therefore, European holders of gold are again being protected from the market and monetary volatility.

Tony Robbins (Anthony Robbins), one of the world's leading performance coaches and motivational speakers  has recently warned about the risk of dollar devaluation and spoke about the opportunities in gold which is "exploding" and "is in a bull market".

At Robbins, recent event in London (May 18th to 21st), he spoke about the importance of getting good financial advice from the people who predicted this crisis and have made money for their clients in recent years.

He spoke about investment experts who he respects and specifically mentioned Marc Faber and Kyle Bass.

Robbins is one of most positive and optimistic people in the world. Nevertheless, he recently produced a YouTube video warning of an impending economic collapse.

Faber and Bass are extremely bearish on paper currencies and government debt and are very bullish on gold and silver bullion due to the euro zone debt crisis and looming global debt crisis due to the appalling fiscal state of Japan, the UK and the US. 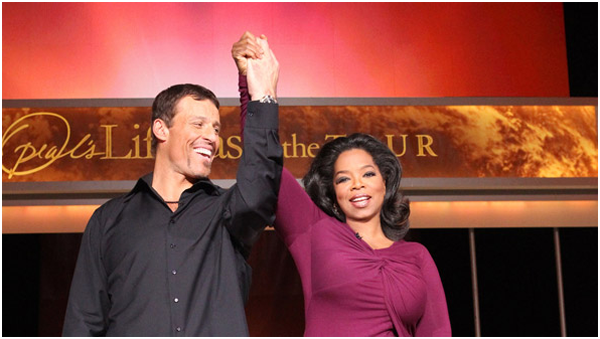 Dr Marc Faber is a Swiss financier who predicted the Wall Street Crash in 1987. He is the editor and publisher of the “Gloom, Boom & Doom Report,” author of many books including the best selling 'Tomorrow's Gold: Asia's Age of Discovery'.

Faber advised investors to buy gold in 2001 and he is still extremely bullish on gold and silver and believes that gold will rise in all economic circumstances - a global inflationary economic boom, stagflationary environment or even in a global deflationary recession or Depression.

Kyle Bass is the erudite Texan investor who saw the financial crisis coming and made a fortune in the sub-prime collapse  - first from America's sub-prime mortgage crisis and then from betting that Greece would default. Now he’s positioned and ready for the collapse of entire countries, having bought credit default swaps on Greece, Ireland, Italy, Spain, Portugal and, interestingly, Switzerland.

Robbins shares the concerns of Faber and Bass regarding sovereign defaults and Robbins is very concerned about the risks of a US debt crisis and the risks that it poses to the US dollar.

A recent video 'The National Debt and Federal Budget Deficit Deconstructed' by Robbins is well worth a watch: www.youtube.com/GoldCoreLimited

Gold and indeed those who own it are often accused of being 'barbaric', 'uncivilised' and 'bugs.'

Indeed, there is often a suggestion that those who own gold are negative ‘doom and gloom merchants’ who hope that the world financial and monetary system will collapse so that their gold holdings will surge in value and they will be 'rich as Croesus.' 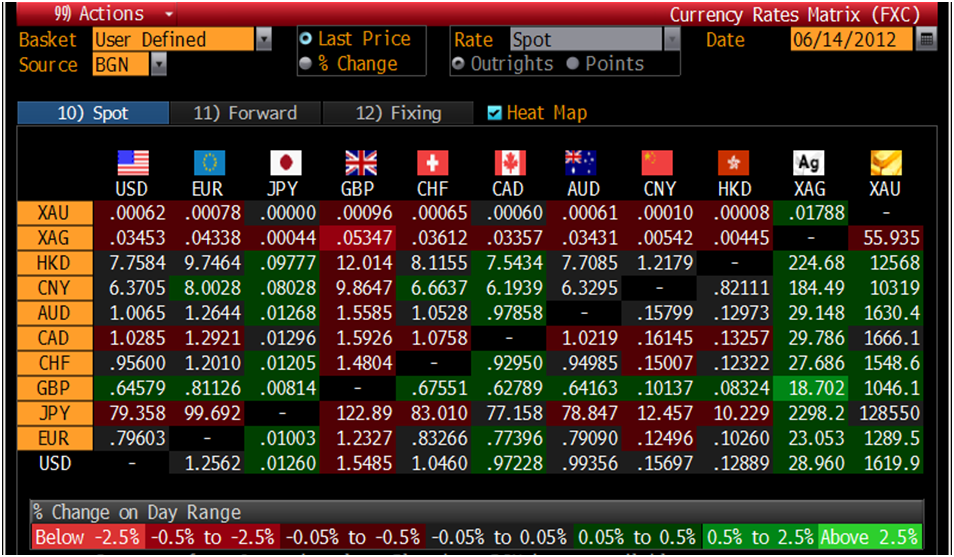 Anthony Robbins and indeed most who are positive about and advise owning gold very much contradict this silly view. Indeed, many of them have been warning about these fiscal challenges for years in an effort to protect family, friends, clients and the public.

The majority of people who buy gold are rational economic people who realise that there is macroeconomic, geopolitical, monetary and systemic risk in the world and they buy gold as a store of value.

They buy gold as they simply wish to protect themselves and their families from these risks by owning the financial insurance that is gold.

Robbins has a massive following internationally – especially amongst business owners but also in the sporting, media, music and entertainment industries and his endorsement of the importance of owning gold is significant.

OTHER NEWS
(Bloomberg) -- Barclays Expects Gold, Platinum-Price Recovery by Fourth Quarter
Barclays Plc expects the average prices of gold and platinum to increase by the end of the year.

(Bloomberg) -- Commerzbank Says Platinum May Be at $1,750 By End of This Year
Commerzbank AG said platinum may be trading at $1,750 an ounce by the end of the year.

Silver will be $35 an ounce and gold at more than $1,900 an ounce by then, Commerzbank said in a report e-mailed today. The yearend forecast for gold is $1,900 an ounce, it said.

(Bloomberg) -- Gold May Advance 5% by July on Double Bottom: Technical Analysis
Gold prices, down 3.1 percent this quarter, may rebound 5 percent by July after hitting a “double bottom,” according to technical analysis by Infinity Trading Corp.

Gold may climb to $1,700 an ounce after falling to $1,529.30 on May 16 and $1,532.10 on May 30, said Fain Shaffer, Infinity’s president. A double bottom is a chart pattern showing a drop in price, followed by a rebound and then another decline to near the same level, usually indicating support. Bullion has closed above its 20-day moving average since May 31, another “bullish signal,” he said.

“Gold seems to be in an uptrend now,” Shaffer said in a telephone interview from Medford, Oregon. “The market is showing some strength.”

Yesterday, gold futures for August delivery rose 0.3 percent to settle at $1,619.40 on the Comex in New York, rising for the fourth straight session, the longest rally since Jan. 5.

Prices are up 3.5 percent in June after tumbling 10 percent in the prior four months. The 20-day moving average is near $1,586.

In technical analysis, investors and analysts study charts of trading patterns and prices to predict changes in a security, commodity, currency or index.

COMMENTARY
"Due To The Extreme Volatility Some Market Analysts Foresee..." – Zero Hedge