No, I don’t mean an economic depression. I mean an emotional depression. I fear that a funk could hit a significant portion of the population over the next five years. Tens of millions of lives will be affected. There will be substantial economic hardship. Fortunes will be lost. Media empires will be rattled. Some municipalities will face bankruptcy. Universities and colleges across the country will face new funding pressures. The changes that I see coming will reshape a cornerstone of the American way of life.

What could possibly cause this? The answer is that American football is in very, very serious trouble.

2,450 players have now filed 89 concussion related law suits against the NFL and Riddell Athletics (helmet manufacturer) . All of the State cases are being referred to Federal Court. 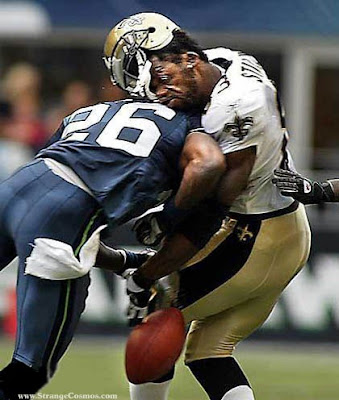 I’m no expert on this topic. I follow (among others) ESPN and NFL Concussion Litigation. I have recently talked with four attorneys (none directly involved – all sue for a living). The cut to the chase question for the lawyers was:

“Will there be financial awards?”

Four out of four were quick to answer:

The dark side for American football depends on whether these four attorneys are right.

The suits against the NFL/Riddle are based on the fact that a significant number of players have received permanent brain injuries while playing for the NFL. There are dozens of reports that prove this. A Michigan University study of former players found that:

“Alzheimer’s disease or similar-memory related diseases occur ‘vastly’ more often than the national population – including a rate of 19 times the normal rate for men ages 30-49.”

NY Giant’s ex ace QB, Jeff Hostetler, has filed a suit against the NFL. A review of the court papers (Link – paragraphs 47-117) lists the medical conclusions that football is directly linked to permanent brain injury. It's going to be very hard for the NFL to beat this.

That football is dangerous and players might get traumatic brain injuries is old news. The basis of the suits is that the NFL teams, knowing full well the risks that the players were taking, willfully ignored the scientific evidence, and repeatedly put the players at neurological risk.

A critical issue for the teams/players is, "What did the teams do when a player incurred a head injury during play/practice?" As far back as 1999 it was shown that players who received a concussion during practice or a game were 4Xs more likely to receive another concussion in the following 10 days.

The NFL ignored this information. It was not until 2009 that it established rules that required players who exhibited any sign of concussion had to be removed from a game or practice, and be barred from returning the same day. But there are hundreds of documented cases since 2009 where players who received a head injury that produced symptoms of concussion who were returned to the playing field within minutes of the original injury.

The problem that the teams face is that it’s not possible to diagnose a minor concussion on the field. The league established a practice of identifying a player with a concussion as one who had to be carried off on a stretcher. The lawsuits allege that the teams/NFL knew the facts on concussions, and their documented actions put the players at risk. This is referred to as Willful Misconduct. If the juries agree with this (I think they have to), then the financial awards will go through the roof.

Can the NFL afford these suits? Some say they can, and point to the fact that the 32 teams have a value in excess of $40 billion, and revenues of $20+ Billion a year. I don’t think this argument stands up. There are 1,700 active pro players each year. The suits will go back at least ten-years. The evidence is that as many as 60% of all players have suffered multiple concussions during their careers. When a class action settlement is made, thousands of additional players will seek compensation. The individual awards will be in the millions. Based on this, the total damages could easily exceed $20 billion. That would put a very deep hurt on the NFL and the team owners.

An import question for the courts will be Riddell Sports’ liability. If there is liability on behalf of Riddell, it creates a major problem. Can Riddell (the official provider of helmets for the NFL) continue to make helmets knowing full well that every helmet that goes out the door is a lawsuit to be in the future? I would think not.

I’ll come back to the problems with the NFL, but first some thoughts on college, high school and pre-teen football. There has to be some very substantial changes for this group of athletes. The medical evidence is clear. The younger a person receives head injuries, the greater the chance of a lifetime consequences.

When the lawyers finish busting up the NFL, they will turn their sights onto colleges and high schools. In our litigious society more football suits are a sure thing. What will happen to the big football schools? All of these Universities have mega endowments. The schools are sitting ducks for lawsuits. Then there is the moral issue. How can a University field a team knowing that half of the players are taking life time risks?

I can imagine that Penn/Ohio State will be one of the last Universities to come to grip with this problem, but what about the Ivy’s? Can Yale, Cornell, Brown etc. stand up to the coming suits? I would think not. The legal risks are too high. Can the Trustees at Harvard (or the Army/Navy/Air Force) put their students at risk of turning their brains into Jell-O?

The only question I have is which University is going to drop football first.

High school football is at risk. The evidence is clear that the earlier in life a person receives multiple head injuries, the greater the probability of medical complications later in life. Will individual towns that sponsor high school teams get sued in the future? It would appear that this is inevitable. Knowing that they may get sued will force changes. But the most compelling argument is, again, the moral one. How can a municipality support a sport that it knows will cause traumatic injury to the players? Based on the information now available, we know that football for high school is like giving kids cigarettes. A percentage of the players will be affected in their lives.

A check of the Internet shows that across the country the issue of high school football is up for discussion. 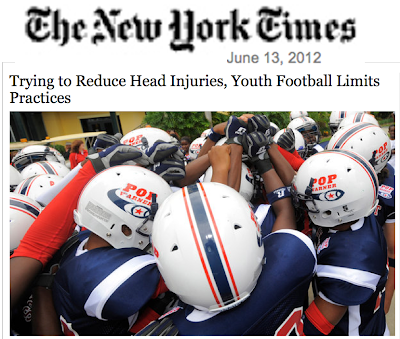 Now go back to the NFL. What’s the future?

- The existing suits (and those that are coming) will result in payouts to former players and substantial losses.

- The suits will force changes in the way that football is played. The suggestions on how to reduce the risk of head injuries include:

I) No kick offs or punt returns. (What?)

II) No blocking or tackling above the waist. (Impossible)

III) Strict rules on a player who does use his upper body when making plays. Players who break the new contact rules will face multiple game suspensions. Repeat offenders will not be allowed to play. (There would be few players left)

IV) Players will be forced to wear new uniforms that substantially increase padding. New helmets with both a soft and a hard surface will be the rule. Players will look like the Michelin Man on the field. The ability to run fast and maneuver will be diminished. (Think of this, it doesn't work)

V) Television will be banned from showing any hard hits. Announcers will be forced to not speak of any aggressive blocking and tackling. (The assumption is that the TV attention on those doing the hard hits contributes to the number of injuries.) (Boring....)

There will be more rules. A significant one is what will teams do when and if a player does have a head bump during practice or a game. The players will have to be monitored, assessed, evaluated or otherwise examined to insure that any transitory or permanent injury is properly recognized, diagnosed and treated before allowing return to play.

How can the NFL teams maintain this standard? If every player who had head contact was forced to sit out the rest of the game, then the teams would run out of players before the 4th quarter. (The scrubs take over at the end of a game? Where's the fun in that?)

What is the future of the NFL if/when these changes are implemented? I’m curious to hear from readers. I think it will kill the public interest in the game. From an audience perspective, the hard-hitting nature of the sport is part of the reason for the popularity. Without the speed and action (hard hits) on the field, pro football will lose fans.

Sorry if I have ruined some reader's Father's Day. Try to enjoy it anyway. 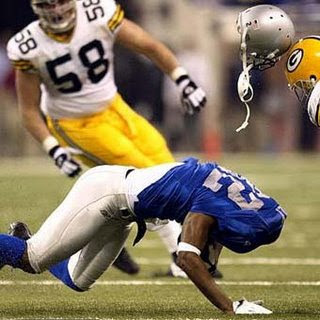