Bernanke – My Goal is to Wreck Social Security

In June of each year the Social Security Trust Fund (SSTF) reinvests a significant portion of its investment portfolio in newly issued Special Issue Treasury Securities. The interest rates on these bonds is set by a formula that was established in 1960. The formula was designed to insulate the SSTF from transitory changes in interest rates by averaging market based bond yields over a three-year period.

Bernanke’s Fed has set interest rates at zero the past four years. In 2012 the 1960's formula has finally caught up with the SSTF. It got murdered on this year's rollover.

The following is from the SSA (link). It shows what has matured this year and what new investments have been made. I will be breaking down sections of this report, so don’t get eye strain looking at this: 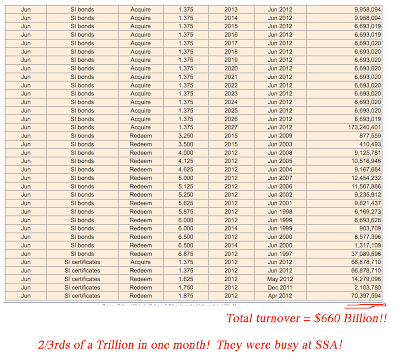 Consider the bonds that matured in 2012: 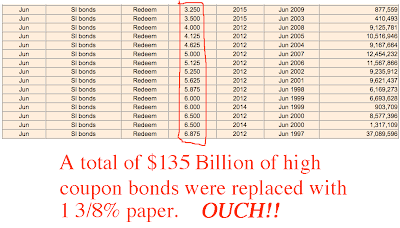 $135 billion of old bonds matured this year. This money was rolled over into new bonds with a yield of only 1.375%. The average yield on the maturing securities was 5.64%. The drop in yield on the new securities lowers SSA's income by $5.7B annually. Over the fifteen year term of the investments, that comes to a lumpy $86 billion. It gets worse.

Bernanke has pledged that he will keep interest at zero for a minimum of another two years. The formula used to set interest rates for SSA looks back over the prior three years. Therefore, SSA will be stuck with a terrible return on its investments until at least 2017. I anticipate that the formula will result in still lower investment returns for the next five years, but I’ll conservatively use the rates set this year to evaluate the consequences to SSA.

The following looks at what is maturing at SSA: 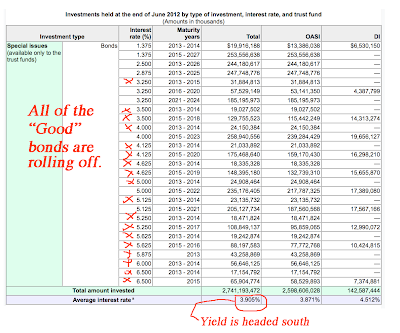 A total of $543 billion of securities with an average yield of 5.6% is coming due in the existing ZIRP window. The reduction in income from the 4.2% drop in yield translates to a nifty $23 billion a year, for fifteen years ($350b). It gets worse.

As a result of the Fed’s extended ZIRP policy, and the SSA's interest rate setting formula, it is now a certainty that interest income at SSA is going to substantially drop over the coming decade. The problem is that SSA has provided projections for its interest income over this time period that don’t jive with this reality.

From the 2012 SSA report to Congress: 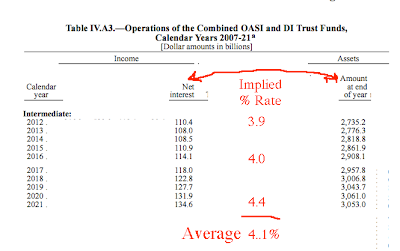 The SSTF believes it will earn an average of 4% over this period. That is not possible any longer. I calculate that the most SSA could earn is an average of 2.3% (it could be significantly lower). The drop in yield translates to a reduction in income of $535B over the forecast period. That’s a lot of dollars.

Consider again the base case provided by SSA in April. The following compares the size of the trust fund based on SSA’s estimates and my adjustments for what interest income will be (everything else is constant). 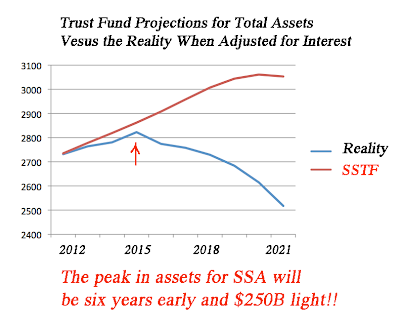 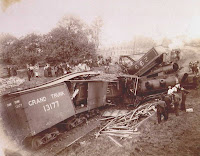 Based on a realistic assessment of interest income at SSA, the trust fund tops out in 2015, its peak value will be ~$2.823B. The SSTF has reported that the TF will top out at $3,061B, and that milestone will not be reached until 2021. Essentially, the train wreck will happen six years earlier then assumed, and the TF will be $250B short. It gets worse.

The other key ingredients in the SS "pie" are tax receipts from workers and the amount of monthly benefit payments (the assumptions used is that GDP growth will average 4%, and unemployment falls to 5.5% -  no recessions over the ten-year horizon). These are not realistic assumptions. This means that once the SSTF hits its peak in 2015, the run off in assets will happen very quickly.

The SSTF has stated that the date in which the TF falls to zero will be 2033. The actual termination date of the TF is much closer than that. It could come as early as 2023.

Anyone who is 55 or older should be worried about this. Based on current law, all SS benefit payments must be cut by (approximately) 25% when the TF is exhausted. This will affect 72 million people. The economic consequences will be severe. The drop in SS transfers translates into a permanent drag on GDP of 2%. In other words, when this happens, the country will be unable to have any significant positive growth for a long time to come.

I know I will get comments from readers who have worked 40 years and paid into SS and now want it back. I tell those folks in advance that I'm sorry, but they will have to accept a cut in benefits. It will happen it about ten-years. Make your plans accordingly. If you don’t like these conclusions, write a letter to Bernanke. It’s well past time that the true consequences of his monetary policies are understood. He’s not just breaking the backs of small savers; he’s killing Social Security. 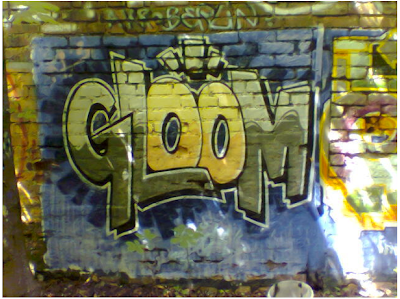 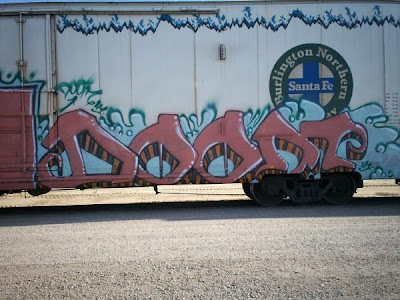 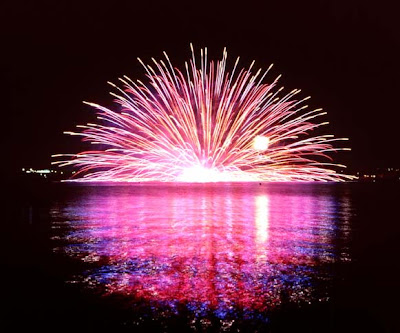