Gold climbed on Thursday on concerns that the Fed could employ more QE in a further attempt to stimulate the economy. The Fed said that the economic conditions "are likely to warrant exceptionally low levels for the federal funds rate at least through late 2014”.

The Fed has already engaged in 2 rounds of asset purchases near a massive $2.3 trillion, to drive down interest rates and in a vain attempt to stimulate the US economy. QE helped push up both equity and commodity prices by providing cheap money to investors who placed it in riskier assets.

Thus, QE is leading inflation pressures and there is a risk that the Fed, like other central banks, continues to underestimate the risk of inflation.

Bernanke said US monetary policy was "more or less in the right place" even though the central bank would not hesitate to launch another round of bond purchases if the economy were to falter.

Investors will examine efforts by Europe to solve the debt crisis after ECB President Mario Draghi called for a "growth compact" but put the blame on euro zone governments to sort out their economies.

The eurozone debt crisis is far from resolved and the next stage of the crisis could be even more volatile than the recent Greek saga.

Gold Standard Inevitable, Possibly Within Year -  $10,000/oz Looms
Reuters TV have interviewed John Butler who says a return to the gold standard is "inevitable" possibly as soon as within the year and $10,000/oz gold is on the cards.

Jamie McGeever interviews Butler in the Goldsmith Hall in London about his opinions propounded in his new book, ‘The Golden Revolution : How to Prepare for the Coming Gold Standard.’

Butler has 18 years’ experience in the global financial industry, having worked for European and US investment banks in London, New York and Germany.

The book says that the era of paper currency is coming to an end and a return to a gold backed dollar is basically inevitable.

McGeever starts the interview by saying that far from gold being expensive at $2,000/oz, gold may be “the bargain of a life time” especially “if the world returns to some form of gold standard.” 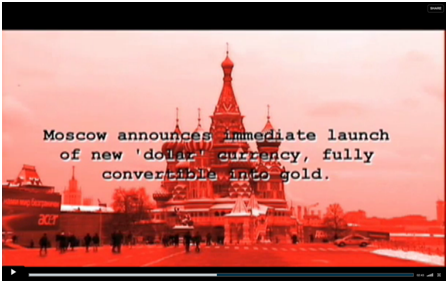 Butler says that this “could happen as early as next year” due to BRIC nations dissatisfaction with the dollar reserve standard, “they will start to move formally back to gold”.

He points out that Russia may be the country who could do precisely that.

There could be a Bretton Woods style “crisis meeting” where the U.S. decides it must reinstate the gold standard or else the dollar “may lose its reserve status entirely.” 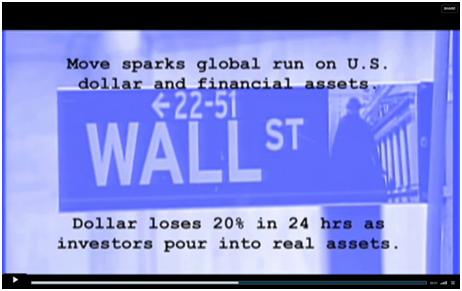 Gold at $5,000/oz should happen and possibly over $10,000/oz in that scenario as gold will be a “de facto monetary asset in cross border balance of payments transactions”.

Reuters’ McGeever acknowledges how the “gold market is tiny” compared to “trillions and trillions of dollars worth of cash and assets sloshing around the world financial system.” He asks how can countries back “all of that” against such a “tiny and finite amount of gold?”

Butler responds by saying that “the amount of gold is finite by weight or volume, it is not finite by price.”

If gold is going to be remonetised it is entirely reasonable that “gold’s price will rise by an order of magnitude.”

Butler correctly points out that if gold were to rise to over $10,000/oz then in fact what you would have is a market capitalisation of gold, as it were, vis-à-vis the money supply and credit volume generally which is in line with a longer term comparison – it implies stability.

It is another must watch video and shows how consciousness regarding the value of gold as a finite asset and currency is gradually shifting with obvious ramifications for all who wish to protect and grow their wealth in the coming years. 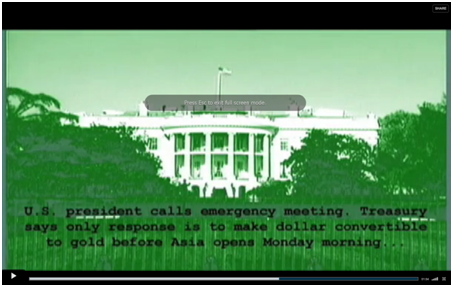 Far from gold being a speculative bubble, as suggested by less informed economic experts and financial advisors, it may remain undervalued at below $2,000/oz and may be destined to reach much higher levels as gold reasserts itself as the global currency par excellence.