This is hilarious if prices weren`t so damn high, but despite a robust export market for finished products, crude oil is backing up all the way to Cushing, Oklahoma, and is only going to get worse in 2013.

Now that Enterprise Products Partners LLP has let the cat out of the bag that less than a month after expanding the Seaway pipeline capacity to 400,000 barrels per day, The Jones Creek terminal has storage capacity of 2.6 million barrels, and it is basically maxed out in available storage.

How bad would capacity constraints be without a booming export market?

So good thing there is an export market for US finished petroleum products or oil and gas prices would be much lower, as in the US, demand is so low relative to supply, that you almost cannot give the stuff away, and the refiners still cannot utilize all the oil that Cushing needs to send to alleviate their escalating storage issues which stand at 52 million barrels and climbing. 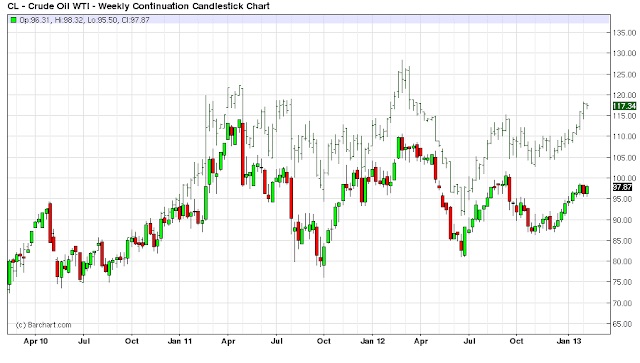 60 Million Storage in Cushing to be tested in 2013

Expect Cushing oil inventories to pass the 60 million threshold, and let`s watch how price reacts to that level. My first reaction is that a whole bunch of spread tightening trades will have to be unwound throughout the oil curve. My second reaction is that the $30 premium for Brent over WTI is now on the table for 2013. 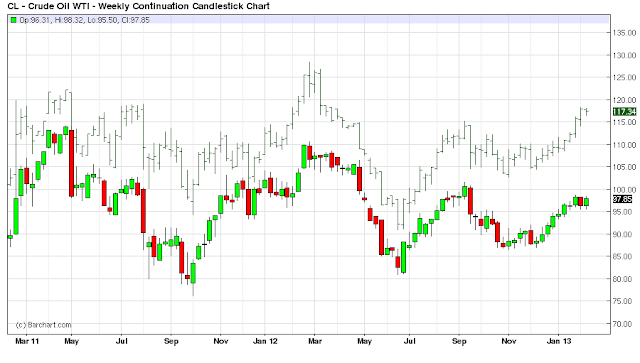 What happens when Cushing is full?

What happens if Cushing reaches complete capacity levels in 2013, does the oil back up further along the supply chain? A nasty logistics nightmare is beginning to play out for producers, now where do you send the oil?

At any rate, WTI Oil is probably going to be going much lower from here, and the 2013 average will be well below current market prices. 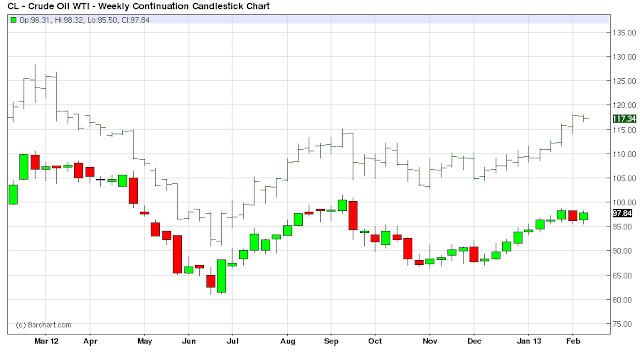 Now back to what Enterprise said regarding the oil backup, citing "unforeseen constraints" in reducing deliveries to 175,000 barrels a day from 400,000 barrels a day at its Jones Creek terminal in Freeport, Texas. Enterprise added that maximum storage levels at the terminal have been reached.

This is just hilarious, and is something that we touched upon before that there is so much oil coming out of the ground currently and for the next decade that much more storage capacity is going to be required throughout the country.

This is just hilarious, especially given the supply disconnect with the price right now in WTI. But how could this have not been foreseen by the pipeline operators?

I get it domestic supply is more than your outdated models planned for, and refinery demand even with exports cannot use all the freakin oil, and now you are stuck with an underutilized asset that doesn`t work as good as rails at getting around storage constraint issues.

How do you explain this one to upper management? Well boss……I know we just expanded……..well…um….we thought that……this has to be a sick joke right? Nobody could be this bad at modeling demand/ logistical constraints for their expensive expansion project!

After five minutes of casual thinking I thought this was going to be a problem, was this even considered in the project analysis report? Did they really have to run it at full 400,000 for a week to discover this issue?

Talk about keystone cops, the picture in my head of the “light bulb moment” when someone realized the supply constraint issue on the ground and had to report this up the chain of command is just priceless right now!