Gold And Silver Manipulation At London AM Fix Or New York COMEX?

Gold continues to trade just below resistance at the $1,600/oz level but appears to be consolidating at these levels after the recent price falls. Investment sentiment towards gold is the worst we have seen it since the start of the secular bull market in the early 2000’s.

This is bullish from a contrarian perspective as the "froth" and less informed, speculative buyers have been washed out of the market as happens in the course of all bull markets as they climb a “wall of worry”.

Conversely, sentiment in stock markets is increasingly “irrationally exuberant” after the Dow Jones industrial average reached new record highs and extended its winning streak to 10 days on Thursday, a string of gains last seen in late 1996.

Retail investors are piling into the stock market again in the false belief that the worst of the economic crisis is over. Alas, those who are not properly diversified may again be in for a rude awakening.

Holdings of SPDR Gold Trust, the world's largest gold-backed exchange-traded fund, had fallen 3.432 tonnes so far this week, on course for an eleventh week of decline, although holdings were unchanged at 1,236.307 tonnes from a day earlier on March 14.

The CFTC’s very unusual announcement through “people familiar with the matter” that it is examining various aspects of gold and silver price fixings in London, including whether they are sufficiently transparent, continues to be digested.

The London gold fixing is conducted twice a day by five banks: Barclays Plc, Bank of Nova Scotia (BNS), Deutsche Bank AG, HSBC Holdings Plc and Societe Generale SA. The pricing started in 1919 and was conducted in a meeting held at N.M. Rothschild & Sons Ltd.’s offices. It began taking place by telephone in 2004.

Deutsche Bank, Scotiabank and HSBC conduct the silver fixing by phone once a day at midday. The first settlement was in 1897.

The price fixing story has been picked up by the non specialist financial media internationally including by many publications and media groups who very rarely cover the gold market and nearly never cover the silver market.

It is now in the public domain and the story could result in the gold and silver markets receiving more scrutiny and coverage.

Overnight, CFTC commissioner Scott O'Malia said that the CFTC has engaged in "a couple" of conversations about whether the daily setting of gold and silver prices in London is open to manipulation akin to Libor.

Separately, CFTC commission member Bart Chilton said interest-rate rigging means other benchmark-pricing mechanisms such as gold and silver may need reviews. “Given what we have seen in Libor, we’d be foolish to assume that other benchmarks aren’t venues that deserve review,” Chilton said.

Concerns have previously been expressed by investors due to the admission that leverage in gold trading in the London bullion market - the ratio between metal traded and metal actually existing - was as much as 100 to 1. This means that the so-called physical market may not be so physical at all.

Many of these same banks continue to have massive concentrated short positions on the COMEX and investors have alleged that banks have manipulated prices lower in order to profit.

Thus, it is surprising that such allegations are being made without a formal investigation being planned and without the CFTC completing their investigations of manipulation on the COMEX.

The charge of manipulation at the London AM Fix may be unfounded but it is certainly a distraction from the real risk of manipulation on the COMEX by banks through the use of futures contracts.

Regulators might better serve investors and the wider public by concluding their investigations of manipulation on the COMEX and coming to definitive conclusions.

The UK’s GMT time zone gives it an advantage when it comes to the global pricing of bullion due to it being between time zones in Asia and the Americas resulting in it capturing end of day trade in Asia and start of day trade in the U.S. Those fixings are used to determine spot prices for the billions of dollars of the two precious metals traded each day – by both industry and investors.

Today, many governments and central banks and certain banks are openly intervening in many markets – especially bond and foreign exchange markets – therefore it would be naive to completely gold and silver manipulation.

For the sake of investors and the proper functioning of markets it is important regulators investigate allegations to the full and banks are not seen as too big to investigate and “too big to jail” as was recently admitted by none other than the U.S. Attorney General .

Regulation and enforcement is important as is a proper rational debate. Increasingly governments, banks and central banks are distorting financial markets and the free market through constant interventions.

In the western world, we have seen interest rates cut close to zero, capital injections and bailouts, lending guarantees, saving and deposit guarantees, favouring certain banks and institutions over others, banning short selling and the banning of certain sovereign credit ratings.

Ultimately, manipulation or no manipulation, gold and silver prices will be determined by supply and demand and the free market purchases and sales by people and companies all over the world.
Investors should fade out the noise and continue to own both gold and silver bullion as foundation safe haven assets.

Poor man’s gold silver continues to get no love with little or no coverage despite fundamentals that are arguably better than those for other assets, securities and even gold. Thus, GoldCore conducted a webinar yesterday with one of the leading silver experts in the world, Mr David Morgan.

The webinar was very well attended with participants from all over the world – by investors in Europe, the Americas and Asia.

Due to the dearth of information and debate about silver, we decided on a question and answer format.

After receiving hundreds of questions, we chose 33 questions and organised them into key groups: 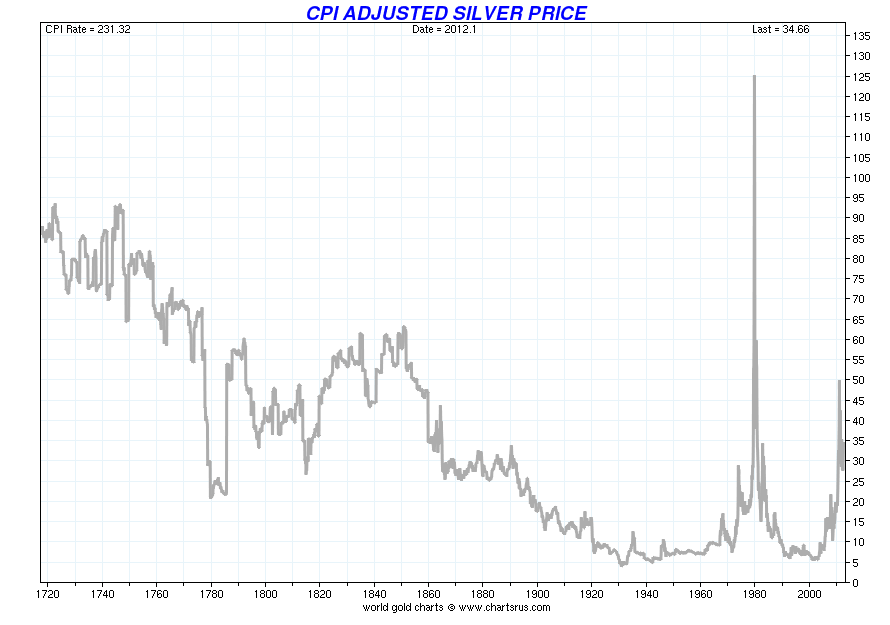 Some of the questions asked by participants were:

*    "Which is better, bars or coins?"
*    "What are your views on confiscation of gold and silver in the United States with the coming collapse of the dollar?"
*    "How are people able to manipulate the price of silver? Who are these people? Why do they want to do this?"

“It’s expensive but not substantially misaligned with other commodities,” Lewis says

When measured in real terms and versus physical and financial assets, gold price needs to move in excess of $2,100 an ounce to move into territory that can be considered extreme, Lewis says

Silver Institute Sees Record Industrial Demand in Coming Year
(Bloomberg) -- Says industry widening use of the metal is expected to avg more than 483 m oz from 2012 to 2014, accord. to report on its website.