China! Honestly, it comes to something when China jumps on the accusatory band-wagon asking the US administration to provide some comments about its monitoring programs and answer up to the international community. So, I guess China is now the defender of the faith! That’s rich! Well, it takes all sorts to make a world. They can’t be asking us to take them seriously, though, can they? Yes, they can!

China made its first comments today about the US surveillance-on-internet scandal. China’s Foreign Office spokeswoman, Hua Chunying made the following comment at the daily press-briefing: "We believe the United States should pay attention to the international community's concerns and demands and give the international community the necessary explanation”. It was rejected as being ‘nonsense’ when journalists questioned whether or not Edward Snowden might in actual fact be a Chinese spy. Snowden, a former CIA employee is now in hiding in Hong Kong and the question of extradition may be raised, putting the dampers on US-Chinese relations. Although Hong Kong has relative autonomy, it is China that decides on its foreign affairs and its international-relation status. 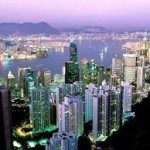 The US-Prism program, giving the US National Security Agency free viewing ofGoogle, Facebook and Apple, amongst many others, tapped into user-information around the world and has been in operation since as early as 2007.

The mere fact that it was even suggested that Snowden might be a spy means that the whistleblower’s tactic was to destroy the credibility of the USA in favor of China’s (at least in the minds of some people who are currently making that suggestion). But, that sounds like a big joke! Aristotle once stated that jokes existed so that we could increase the status of the one telling the joke and decrease the status of the person that was the butt of the joke. The USA looks like it has ended up being the butt in this one.

It might be comical that China is actually mounting the relatively high horse in comparison with its low standards of protecting private lives and information-policy access, but to suggest that Snowden might actually be a Chinese spy is teetering on the ridiculous. But, it does show that the people asking that question during the Chinese Foreign Office press-briefing might somehow be attempting to deflect the problem. What becomes the most important element in the unraveling of events is that it’s the fact that Snowden might be a Chinese spy and that’s why he blew the whistle on the US. The fact that the US used monitoring of information and spied on citizens hacking into their Google searches or reading their private mails becomes purely meaningless, secondary and unimportant.

The next installment in the farce will be the reply to that request made by the Chinese Foreign Office. Watch this space. But, honestly it’s pretty rich coming from the country that has been caught red-handed many-a-time in history with stealing, snooping and spying or eavesdropping on the rest of the world:

These are only a few of the cases, but, it seems surprising that China has taken the line of whiter-than-white in the latest scandal related to cyber super-surveillance. Just three days ago the Chinese Foreign Office set up a special department aimed at dealing with cyber-security issues, stating that it would cooperate fully with the USA.

Cooperate? In what way?

Iran: Sorry State | G8 Summit: Just How Effective? | Stock Market Crashes through the Ages - Part 2 | IMF: It Ain't Over Till The Fat Lady Sings | Stiglitz: Fed Fell into Trap of QE | Home Reposessions up 11% in the USA in May | Federal Reserve Will Think then Think Again | Milton Friedman: Please Come Back, All is Forgiven! | 5 Biggest IPO fails in History |  2013: Stock Market Crash! Top Insider Trading Cases | Stock Market Crashes Through the Ages - Part 1 | The Great Plunge is Coming Joseph Stiglitz Was Right: Suicide | Move Over Marx, Here comes Obama | Death of the Dollar | Phillippines Waiting in the Wings  | The Dreaded Curse of the IMF! | The Biggest Sell-Offs in History |HyperInflation - 10 Worst Cases | China Fakes Trade Surplus | It's Not the Dollar that's dead, It's the USA! | The IMF: Magnanimous