When Charles Ponzi was around, it took just a tad longer to rake in the cash and commit financial fraud, escaping with the proceeds to better climates. Today, the internet and the power of the virtual world have made the transfer of funds so much quicker. In a wink of an eye, or even less, thousands if not millions and billions can be accumulated at the click of a button, without anyone knowing in time that it was skullduggery of the highest order, intended just to fleece the rich and even the not so rich. Everybody is connected in the western world and everybody is in on a good bet; bets that seem to be even better than one’s wildest dreams.

Charles Ponzi was the first to rob Peter to pay Paul in the hope that he would strike it rich and lent his name, going down in history to the fabulous Ponzi-Scheme caper. He set up the Securities Exchange Company since he realized that if people sent him International Reply Coupons from overseas, he would be able to exchange them and make a financial killing. Ponzi was able to make profits on the difference in postage prices in countries overseas and the USA, sometimes to the tune of 400%. He promised that he would double investor profits within 90 days. Certain figures that were branded about at the time meant that it was possible to turn $750 into $1, 250. By February 1920 Ponzi was raking in the equivalent of $54, 000 in today’s terms. A month later he was already making $324, 000 (in today’s monetary terms). Within just a few months, by May 1920, Ponzi was raking in $4.53 million. He went to a small bank, the Hanover Trust Bank (Boston, and deposited $3 million, hoping that he would be in a position to both control the bank and also take it over, at least in part. The scheme collapsed when:

Ponzi was described as a ‘financial idiot’. Ponzi stated that he had $7 million in profits, while he was actually crippled with debts worth $2 million (and that was even without adding on the interest to that debt being accumulated daily). Ponzi gave himself up to the police on August 12th 1920, just a few months after he had started his scheme. Investors in the scheme lost a total of $225 million in today’s terms, which admittedly is not a patch on Bernie Madoff’s billions. But, then again, Ponzi went down in history. Madoff just got sent down!

White-collar crime abounds. Its cost for society stood at $5 billion in 1970. That shot up to $20 billion in 1980. By 2000, it was already at $220 billion. The technology might have changed making it quicker and easier to send scam-mails, but the old methods are the best. We never learn, do we? If the investment seems as if it’s too good to be true, just run – in the opposite direction.

These are the top scams of the financial sector since 2000. In the first of this two-part series, we looked at the 1980s and 1990s and the schemes looked bad enough back then. But, since 2000, things have just gotten worse!

One of the biggest accounting frauds in history is what this energy-trading and utilities company conjures up when its name gets mentioned today. It employed 20, 000 staff before going bankrupt on December 2nd 2001 and it claimed to have revenues standing at $101 billion (2000). But, its willful corruption and accounting fraud brought the house down and the only thing that rose afterwards was the dust and the scandal. Oh, and the debt!

Shares were being traded at $85 before the scandal broke. They dropped to a measly $0.30 when the story broke. It was the first major scam of the 21st century, but definitely not the last! 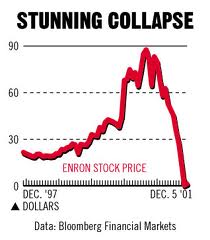 The scandal was revealed in October 2001 and within just a couple of months the company had gone bankrupt (well, it was already, wasn’t it?).

Billions of dollars in debt were hidden through a complex web of accounting loopholes through shell companies. This was coupled with shoddy financial reporting. The modified balance sheets enabled the indication of favorable growth and performance. It was shown that:

Shareholders ended up losing $74 billion (with $40 billion being put down to fraudulent decisions) from 1997 until 2001. Enron had debts of $67 billion that it owed to creditors at the time of bankruptcy.

So how much was paid back? This is who got what:

Hardly a drop in the ocean at what they lost in the scam. At the time, Enron was the 7th largest company in the US! It brought an end to stock-market hey days of lying, cheating and stealing. Or did it? At least people seemed more wary that scams existed! Enron had brought the meaning of ‘cooking the books’ into a new era, it was not just cookingthem but shriveling them up.

This one is perhaps less mediatized than the Enron scandal but nonetheless important! WorldCom was a telecommunications company. It was once the 2ndlargest company in the USA for long-distance calls. It filed for bankruptcy in 2002, just a year after Enron. It, like Enron, had shown irregularities in its methods of accounting and had puffed itself up with $12 billion that never existed to make it look good. Bernard Ebbers was the CEO (appointed in 1985, almost from the founding in 1983).

Ebbers ended up getting 25 years in prison for his lying and cheating which rocked the world:

WorldCom later paid out $750 million to the Securities and Exchange Commission (cash and stock); but that money should have gone to investors who had lost everything.

The operational headquarters is in Princeton, New Jersey (but the company is Swiss incorporated) for this security-solutions and fire-protection company. It was in 2002 that ex-Chairman, Dennis Kozlowski and former CFO, Mark H. Swartz ended up being accused of stealing $150 million from the company. Peanuts! Thirty counts were brought against them and they were convicted on 29 of those. They got 25 years in prison!

Tyco was a safe company before the scandal hit the papers and was made public. Kozlowski and Swartz disguised the money that they were taking out of the company and embezzling as bonuses. Shares plummeted by 80% in just six weeks.

This company was one of the largest providers of healthcare in the USA. The diddling fiddling came to light when the CEO, Richard Scrushy sold $75 million-worth of shares just before the loss in earnings was posted. Nice!

There’s always someone lurking round the corner to invent a Ponzi scheme or some sort of financial scam that will fleece the investors until they are down-and-outs in the streets begging for charity. Watch out, you may lose your shirt, and more! If the worst comes to the worst, and you are the new Ponzi-man of the 21st century, ready to fleece the public of their hard-earned cash, there’s only one solution. Do what Ponzi ended up doing! Flee yourself, go to Tampa and shave your head, grow a moustache and jump on the next ship bound for Italy. Remember as Ponzi left prison he said to the angry crown: “I went looking for trouble, and I found it!”

Apparently you can’t cheat an honest man, but there is a sucker that is born every minute that will be dragged down. While that sucker exists, financial predators will be there too. Financial serial killers will kill the American Dream, if it hasn’t been done already!

In his last interview Ponzi said, almost blind from Brazil, where he was living: “Without malice aforethought I had given them the best show that was ever staged in their territory since the landing of the Pilgrims! It was easily worth fifteen million bucks to watch me put the thing over.”

I wonder who will give the best show ever staged since the landing of the Pilgrims this year. What do you think? Any suggestions?