After the banks, after the city of Detroit it will be the USA that will be going bankrupt and filing for Chapter 11 bankruptcy. If only that were possible! But unfortunately it won’t be. The only thing that the country will be able to do is to increase the debt limit yet again and they had better think about doing it pretty quick. Treasury Secretary Jacob Lew announced that the United States government is just a “few weeks” from breaking through the debt ceiling and that Congress will have to raise the limit in September.

The statement by Lew is in fact not quite true, since the US government has reached the debt limit of $16.7 trillion for a number of months now (since May 2013). The only reason the country hasn’t folded quite yet, locking the door and throwing the key away so that nobody else can get out, is that “extraordinary measures” have been taken. It certainly is the only thing you can do: extraordinary debt means extraordinary measures, Mr. Lew, doesn’t it? 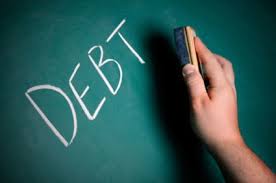 National Debt in US

Mr. Lew stated in California: “In just a few weeks, we will find ourselves once again perilously close to breaching the debt ceiling if Congress fails to act. We cannot afford another unnecessary self-inflicted wound.”

It’s far from certain that the wound is “unnecessarily self-inflicted”. The only reason the US has already reached its debt limit and needs to have that upped by Congress yet again is because the state has overspent on reforms and provided money to banks that failed due to the financial crisis.

According to the Treasury Secretary, it isn’t possible at the present time to estimate exactly when the US will default on its debt repayments and when it will have used up its entire borrowing capacity.

Although, that begs the question why it isn’t possible to do that. We have the ability to predict just how much the unemployment figures will fall, how much the Chinese have traded and how much the Indian Rupee will fall, but we can’t predict when the US government is going to default on repayment of its debts?

The Bipartisan Policy Center in Washington has suggested that this will take place at some point between the second half of October and the first two weeks of November.

If the US Treasury Secretary can’t predict when and at what time the US will reach that stage, then the only solution will definitely be to lock and bolt the door from both sides and throw the key to the Greeks and see if they can deal with the situation any better.

Or alternatively, we could always throw Jacob Lew to the Greeks and keep the key!

We might well imagine Ben Bernanke rubbing his hands together that he decided to get out right now from the Federal Reserve and heaven help the person that follows.  The list of successors is at the present time being compiled and discussed.

But there are no two ways about it. The day that the United States government faces up to the fact (and whatever political leaning we’re talking about) that the country spends more money than it is able to bring in, then there might be a way of dealing with it. Otherwise the national debt will simply keep increasing and Congress will continually have to hammer out a vote to up the limit.

Many are largely unhappy with what was voted in May already and will not be prepared to make concessions this time around perhaps. The vote was already termed the “Pay China First Act” in May 2013 since foreign creditors got priority over veterans for example. At a time when the US economy is still struggling to get off the ground and when theObama administration is losing popularity, both the opposition and the people will have a hard time swallowing the fact that the US will default on repayment of debt.

The US is just a hair’s breath away from defaulting this time and the last respite that was found could only last a few months. That is now coming to an end. If the US defaults on repayments of its debts, then it will be downgraded and the financial markets will collapse. It seems highly unlikely that Obama will be able to engage in anything that is remotely like a strike in Syria with the unforeseen costs that this will bring in. Is the Treasury Secretary crying wolf this time yet again to make sure that the scaremongering takes effect and Congress votes up the debt ceiling and allows for yet more money to be piled on?

Some are saying that the only way to cut the national debt will be to curb the ability to borrow by the government in the US. Perhaps it wouldn’t be a bad thing, after all for the country to default then. This will be the only way the administration will stop borrowing. But, the consequences would be enormous. Mortgage rates would increase (and repayment for a $100, 000 would increase y $100-$200) and reduce the increases in the housing market taking place. Interest rates would go up across the country. The people would be paying back the national debt that was increased to unbelievable levels by successively over-spending from each government.

The US owes this month $307 billion, but it will only take receipt of $172 billion. Clearly, there is a shortfall there and the US will have to prioritize repayments. If the US uses that money to pay out on interest from its debt, Social Security, Medicaid and Medicare payments as well as unemployment benefits, then it may have to forego paying federal workers’ salaries as well as some of the military personnel and tax refunds, according to analysts. Default may not occur as long as the Treasury still continues to pay its debts. However, if the US can’t pay workers’ salaries and can’t pay the military personnel, then the financial markets are hardly going to continue saying that the country is healthy and investors will act. Bernanke stated last month “Failing to raise the debt limit would require the federal government to delay or renege on payments for obligations already entered into”.

Interest alone on national debt stands at $200 billion today according to estimates.

Defaulting on payments or not having enough money will tarnish the US, but who do they have to blame?