Sugar Rush is on

At one time it was the Gold Rush that obsessed everyone as there were screams and shouts to be heard of ‘there’s gold in them there hills’. Now, it’s sugar that is creating the buzz in the investment world. Sugar is the new gold and gold is so yesterday anyhow. It’s the acquisition of sugar that are fuelling today’s rush for land acquisition in the world. While there are companies that are lining their pockets to make a few more bucks for the shareholders, it’s the families and the small-scale local producers that are being left with the after-effects of a high-sugar-content rush on their lands. The Sugar Rush is on!

There are three companies in the world that are responsible for what’s happening today with regard to lands being bought up for the growing of sugarcane. They are Coca-Cola, PepsiCo and Associated British Foods. They are all playing the land-grab game today and have been for a while now. 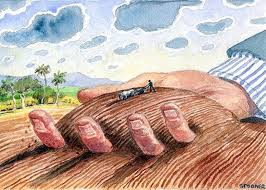 According to information published that contains the largest database of land deals struck in the world since 2000, approximately 5% of land in Africa has been bought up since that date. Not only have countries in the West exploited African countries for decades, but now they are buying the country up in lucrative deals to exploit the fertile land. The companies and the governments that have been hell bent on acquiring lands in Africa have done so because they have wanted more than just the people working on the land and working for nothing for them; they now want the land for themselves. The only saving grace is that it is marginally better than colonialist times of possession grabbing of whatever was wanted there. They are paying for it now, but hardly anything worth talking about. The lands are being snapped up at ridiculous prices in a speculative ideal of making even more money for the shareholders of companies around the world. 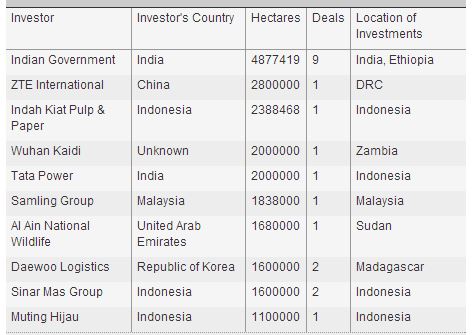 Today it’s sugar that is the source of the land acquisition in the world. Why?

The sugar market is really almost tied up between three producers. The EU once had 50% of the market back in the1980s. Up until now there were three areas or countries that supplied 60% of all supplies of raw sugar: the EU, Brazil and Thailand. That will change as investors from those areas are now producing outside of those areas in African countries. They have moved their operations to Africa because the land is cheaper. At one time trade was carried out between governments with long-standing agreements governing supply and demand. Today, with the liberalization of the market, that is no longer the case. Private companies have taken that over and this has resulted in (to some extent) the increase in prices that have occurred and that are forecast in the future.

Companies such as Coca-Cola and PepsiCo are being accused of forcibly turning local families off the land that they are buying up to grow more and more sugarcane in the world according to Oxfam reports. World sugar consumption is on the up and in the USA today consumes over 16% of daily calorie intake through sugars. It was only 10% thirty years ago. Added-sugar intake has increased due to the processed-food manufacturers’ making their prepared foods more attractive and increasing taste and desirability.

Up until the Land Matrix report was published, there was little information about who was buying up the land and it was considered to be a closed culture. Nobody wanted to admit that they were actually exploiting African countries yet further in this way. Very few would actually care that the land is being exploited just as long as the money gets into the West’s banks. But, the increase in consumption of sugar is down to the food manufacturers that are ladling it into the food that people are eating as if it were going out of fashion. That in itself should be enough to condemn the manufacturers that are buying up the land since it means that we are being affected health-wise while they are raking it in.

It’s not always sugar and spice that are all things nice it would seem!

Originally posted: Sugar Rush is on