Gold was trading near four month lows today after its biggest drop in seven weeks yesterday. Another bout of peculiar concentrated selling led to Comex halting trading in December gold futures twice yesterday, the fourth time in less than 3 months.

Minutes of the Fed's October policy meeting suggested that the Fed may start scaling back the U.S. central bank's $85 billion in monthly asset purchases at one of the next few meetings and this may have exacerbated the sell off. ‘Taper’ speculation remains rife despite the increasing likelihood of no taper due to the very fragile state of the U.S. economy.

Gold trading on Comex was interrupted twice, according to Nanex, which provides exchange data and summarizes high frequency trading activity. Thus, trading of gold futures were suspended twice yesterday and four times in the last three months as trading was also suspended on September 12, October 11, and now, November 20.

Nanex reported that about 1,500 gold futures contracts traded in one second at 6:26:40 a.m. Eastern time on Wednesday, triggering a $10 drop in prices and a 20 second trading halt.

Damon Leavell, a spokesman for the exchange said trading was halted at 6:26:41 a.m. New York time, for about 20 seconds. The December contract fell about $11 in less than a minute before trading was suspended.

Leavell declined to comment on the size of the trade that led to the halt. The “stop-logic” mechanism gives traders the opportunity to provide additional liquidity and prevent excessive price movements.

Immediately after the release of the Fed minutes, came another burst of selling which led to gold futures being suspended for another 20 seconds. The second bout of concentrated selling is believed to have been even more than 1,500 contracts. Each contract is worth 100 ounces so 1,500 contracts is worth nearly $200 million.

Myra Saefong of Dow Jones Marketwatch wrote on her blog that, "sudden drops in gold prices and temporary trading halts in gold futures on the Comex division of the New York Mercantile Exchange seem to be becoming the norm".

The timing was interesting as it came a day after news that Britain's financial regulator is looking into whether gold benchmarks could have been rigged. The Financial Conduct Authority has launched a preliminary review into the issue, a person familiar with the matter told Bloomberg.

It is believed the London gold fixing is one of the important benchmarks being investigated for rigging. The London AM Fix determines the spot price for physical gold and is set twice daily by a panel of five banks. Zero Hedge suggested that the price falls on the COMEX yesterday may have been due to official intervention, possibly by the Bank of International Settlements.

Some entity appeared determined to get the gold price lower and they succeeded - for now.

The peculiar trading action in gold again yesterday suggests that certain banks may be manipulating the gold price in the same way that they rigged LIBOR and are alleged to have rigged foreign exchange markets. If so, a key question is, are they manipulating prices purely for profit motives or is there an official sanction for such intervention as alleged by GATA for many years now and by Zero Hedge recently.

The bottom line is that such trading action makes traders on the COMEX very nervous to go long and prevents gold getting some momentum and animal spirits.

However, while price manipulations work in the short term, in the long term gold prices will be dictated by the real world forces of physical supply and demand forgold coins, bars and jewellery. The smart money is fading out the considerable noise regarding volatile intraday price falls and focussing on gold's importance as a long term diversification in a portfolio. 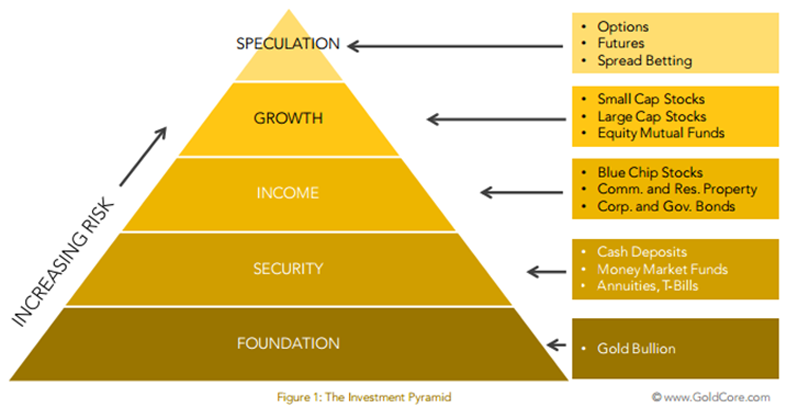 It remains prudent to ignore this short term noise and day to day volatility and focus on gold’s importance as financial insurance and a vital diversification for all investors and savers today.