More on Solyndra – The next move

In any Chapter 11 filing the senior lenders have preference. This means that if there are any liquidation proceeds Senior Creditors get their money back first. It is important to note that those same senior lenders have significant influence regarding how the company’s assets are disposed of.

In the case of Solyndra, the senior lender is also the largest equity owner, Argonaut Ventures, an investment vehicle controlled by George Kaiser. Argonaut got the preferential position when it agreed to make a $75mm term loan to Solyndra back in February of 2011.

Note: DOE representatives participated in the structuring of the Argonaut term loan. The DOE specifically granted the preferred position. Six months ago the good folks at the DOE had to have known that Solyndra was a sinking ship. If we later hear that either the DOE or the President were shocked and surprised that Solyndra went into the tank, then we know they are lying.

In the layer cake of creditors the highest tier is the DIP (Debtor in Possession). This loan is only granted after a chapter filing. It is approved by the court and as a result stands first in line. The DIP lender has significant sway in the timing and the manner of assets sales. Not surprisingly, the proposed provider of the DIP is Argonaut. (The deal calls for a 15% rate and an $80,000 front end fee. Not bad for a four-week loan)


This means that Argonaut is in control two ways, the senior loan and the DIP. They have both a belt and suspenders, they are wearing the pants in this deal and their pants are not going to fall down.

The Debtor has filed a plan with the court. The CFO, W.G. Stover Jr, has filed this petition. This document is the company’s plan for what should happen next.

Note: Solyndra is being advised in these matters by the cream of the crop, Gibson Dunn and Crucher. GDC is a very high dollar firm. They typically represent private money interests. I would have expected GDC to represent Argonaut. The fact that they are representing Solyndra is another question mark in this questionable deal.

The plan put forward is a four-week sale of the company. The logic behind this very rapid schedule is that Solyndra is still burning cash at the rate of $1mm a week. How long will the $4mm DIP financing last? Four weeks. The terms of the DIP makes it a sure thing that Solyndra is going to be sold ASAP. That sounds good. But not for the DOE.

The one-month period is a very short time frame. The likely result will be that no serious alternative buyer will appear. Should that happen, the senior creditor will get all of the assets of the company at the end of 30 days. That would be Argonaut. It's possible that Argonaut will end up owning a company that lists $850mm in assets for less than $100mm.

A bankruptcy attorney who is knowledgeable about the Solyndra case has contacted me. I thought I’d share his thoughts with you. His words describe the situation much better than I:

Two things that jump out at me from the Affidavit - the Tranche A lenders (Argonaut) are offering to be the DIP lender. The terms contained in the DIP agreement usually are the vehicle by which assets are stolen via seemingly innocuous terms that when taken as a whole, serve to control the bk process.

The secured lender will seek to bid for the assets via a credit bid, where they don't have to put new money on the table - their existing secured loan becomes their bid.

The second item that pops out is the dual track marketing - where they will market Solyndra as a whole and as pieces. The affidavit talks about a 4 week marketing runway - that's crazy short even for a podunk company with 1/10th the size. No one can do Due Diligence in 4 weeks. It leaves the DIP lender in a great spot.

The company will claim they don't have the cash to survive a longer marketing runway, and then they will throw their hands up 4 weeks later and say that the horrible deal on the table is the best and only option (and usually for good measure they throw in that it will preserve jobs, they always throw that in) - and at that point the shitty contrived deal is the only option.

Judge bangs his gavel down and the deal is done, and all legit, sanctioned by the bk process itself - everyone was given an opportunity to object in court, provided you can afford 700 dollar an hour bk attys.

Okay, after all of that you have to conclude that Argonaut stinks in this. They are sitting in the catbird seat with the preferential position. They have the courts (and the lawyers) on their side. What possible option could the US Government have to stop this from happening? That’s easy. All they have to do is accuse the existing management of fraud.

No BK judge would accept the petition of a former corporate officer regarding the disposition of company assets if that same officer was under the cloud of fraud charges. I think this must be the reason that both the company’s headquarters and senior officers homes (including the CFO) have been raided by the FBI.

There is a clue in the affidavit submitted to the court:

It's simply not possible for the folks at DOE who were part of these meeting to not have realized that Solyndra was headed for the garbage can. They had to be lawyers. They are not stupid. There had to have been memos and phone calls back to the DOE and ultimately with the President during August on the failing status of the company. If during that month they had any suspicions of wrongdoing or fraud by the company’s officers they would have alerted DOJ and the FBI raids would have happened before the company filed a bankruptcy petition. The business about raiding homes is just a smoke screen.

In the next week the Court will rule on the proposal for a four week sale and the $4mm Argonaut DIP. If that plan is approved, what is left of Solyndra will go to Argonaut and the US DOE will suffer a loss of 100% of its $528mm loan.

As part of this process DOE will file a brief. That brief has to be a smoking gun that forces the judge to deny the company’s/Argonauts plan. That brief HAS to have some teeth in it. The only teeth that has merit is that the people who ran the company were crooks and lied to the DOE. The problem with that contention is that there is so much evidence to the contrary. 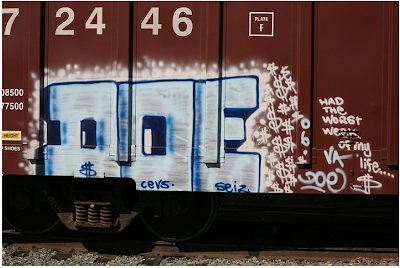