Melbourne ended its latest lockdown at 11:59 PM local time on October 21st. While this iteration of restrictive measures only lasted 78 days, Statista's Florian Zandt notes that Australia's second-largest city leads the world with a cumulative 262 days spent with parts of the economy shut down to prevent the spread of the highly contagious Delta variant.

As our chart shows, one of the countries lagging behind now might soon overtake Melbourne in light of recent events. 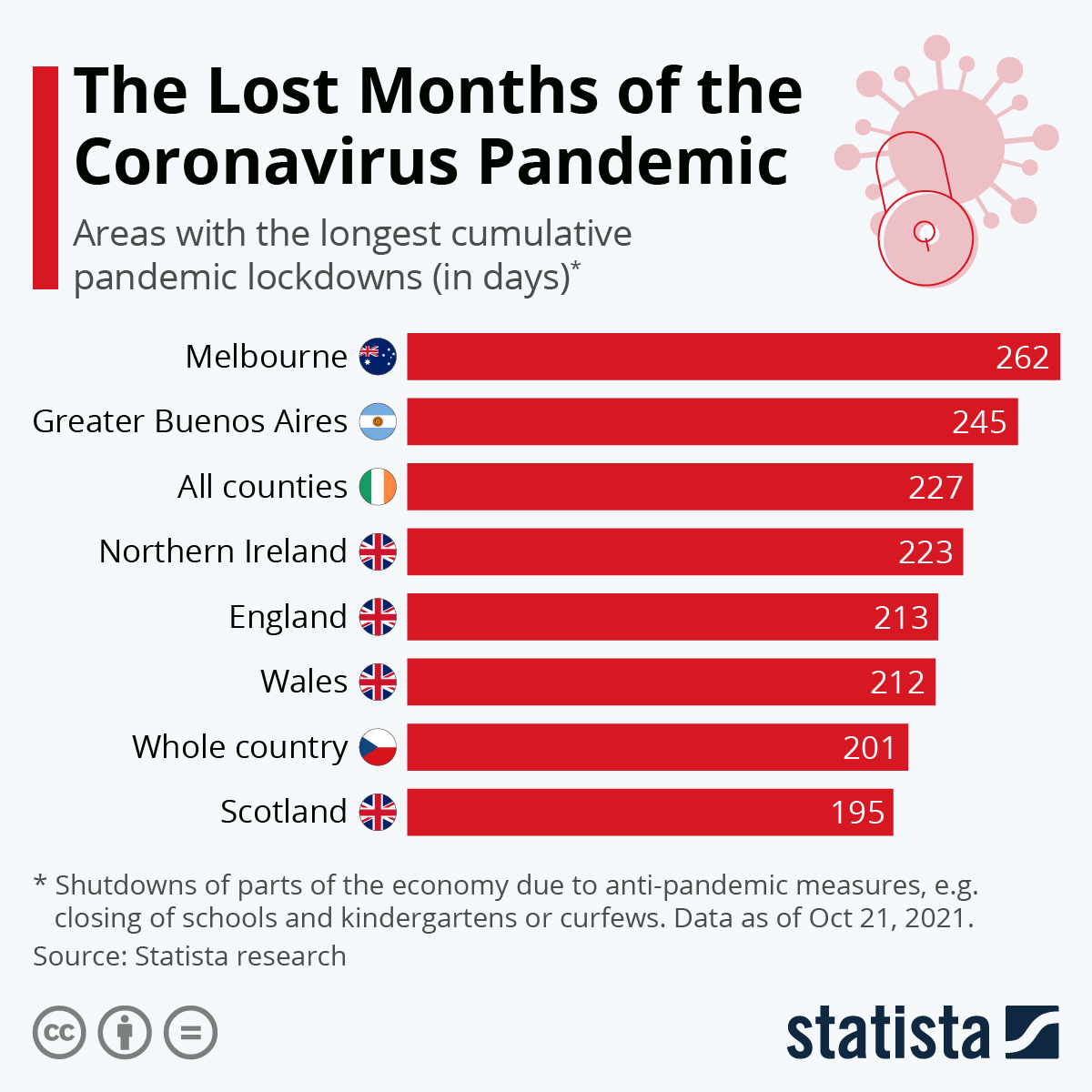 The country in question is, of course, the UK, where steadily rising case numbers and the discovery of a possible new Delta mutation have caused doctors to call for reintroducing the restrictions abolished on Freedom Day in July. As of now, Northern Ireland had to endure 223 total days of lockdowns, with England and Wales following closely behind with 213 and 212 days, respectively. The independent Republic of Ireland ranks third with 227 days after the Greater Buenos Aires area with 245 cumulative days.

While restrictions like mask mandates and shutting down non-essential businesses has been shown to have varied (if not negative) results in curbing the spread of the virus (no matter how strictly enforced), the best protection against hospitalization and death still appears to be getting vaccinated (or strengthening your immune system), even though the protection against the infection itself is losing efficacy over time.

As of October 18, almost 6.7 billion vaccine doses had been administered globally, with China, India and the European Union giving out the most shots in total.

When looking at the numbers, the disparity between more and less developed nations quickly becomes apparent: According to data from Bloomberg, African countries like Chad, South Sudan, Burkina Faso, Madagascar and the Democratic Republic of Congo haven't even administered enough doses to cover one percent of their population, while the administration of third doses or so-called booster shots is already underway or in the process of being rolled out in countries like Israel, the United States or the UK.

Finally, as we detailed previously, bear in mind that "viruses gonna virus!"