Most of the world views NATO in a favorable light, according to a Pew Research Center survey, however citizens of two major members – the U.S. and Germany – did not show higher-than-average levels of favorability towards the 71-year-old alliance.

The survey showed a median favorability of 53 percent among the 16 member countries, with only 27 percent saying they view NATO negatively. The U.S. and Germany fell close to the median with 52 percent and 57 percent, respectively, viewing NATO favorably. 26 percent of Americans viewed the military alliance negatively compared to 33 percent of Germans. 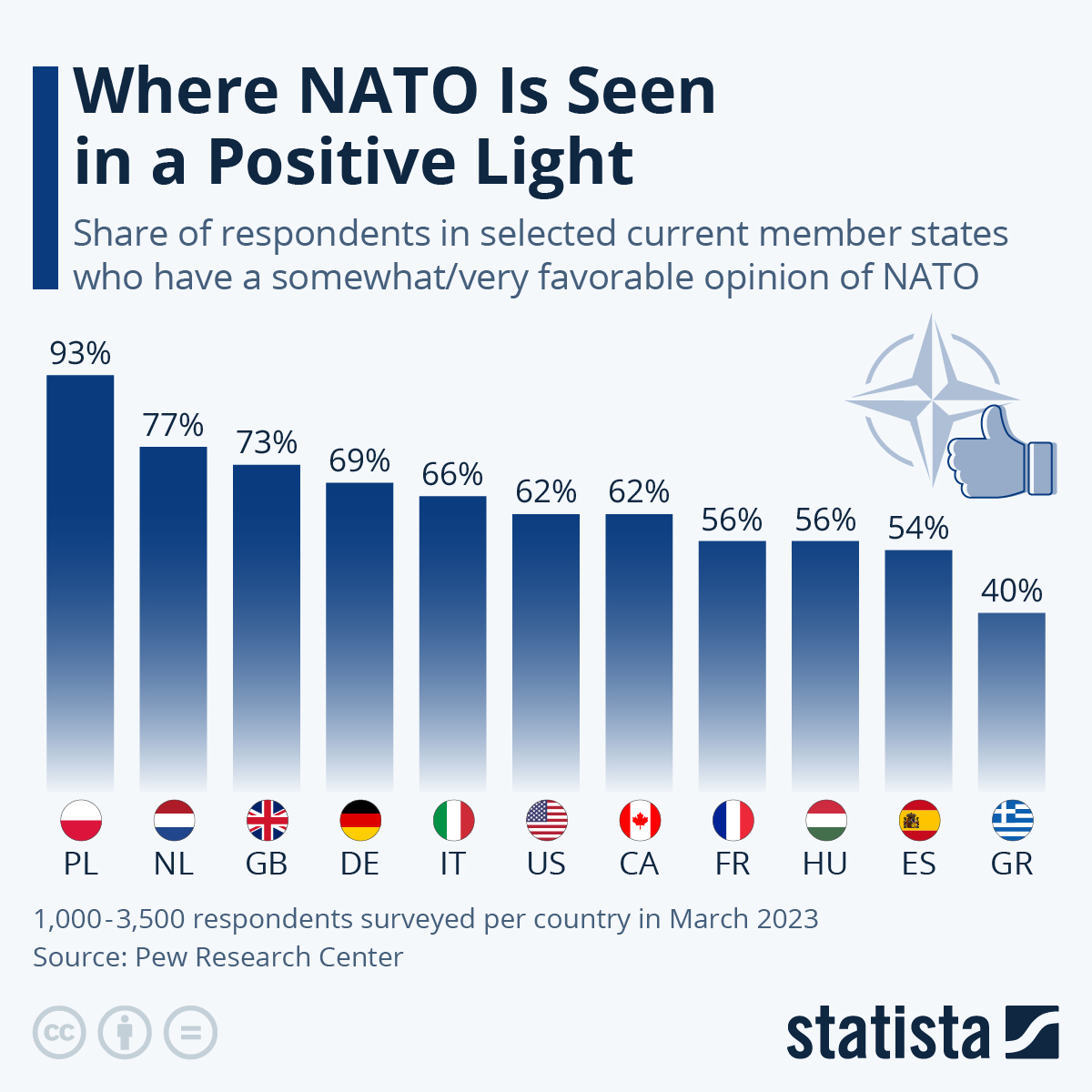 Turkey, a NATO member since 1951, recorded the lowest favorability among members with only 21 percent, along with an unfavorability of 55 percent. The only country where more people had an unfavorable opinion of NATO was Russia, a non-member with a favorability of 16 percent and unfavorability of 60 percent. Russia has been a common talking point for NATO countries, with encroachments on Ukraine and other countries testing allies’ commitment to the military alliance.

Favorability of NATO has fluctuated since the Pew Research Center began their survey in 2007, particularly in the U.S. Generally, Democrats have held a favorability 10-20 points higher than Republicans, with 61 percent and 45 percent holding favorable views of NATO, respectively, in 2019. Both of those numbers, however, dropped from their high of 76 percent and 52 percent in 2018.