Over 75 years have passed since the atomic bombing of Hiroshima and, as Statista' Niall McCarthy points out, more than 13,000 nuclear warheads are still scattered across the world from silos in Montana to isolated corners of European airbases and even to the ocean depths where ballistic missile submarines lurk as a deterrent nearly impossible to detect.

Hiroshima was the first of two atomic bombings in 1945 and it involved a 15-kiloton device while the weapon used in the attack on Nagasaki three days later had a 22 kiloton yield. Modern nuclear warheads are far more powerful with the U.S. Trident missile yielding a 455 kiloton warhead while Russia's SS ICBM has an 800 kiloton yield.

Together, the United States and Russia possess more than 90 percent of the world's nuclear weapons with a stockpile of nearly 13,000 between them, according to the Federation of American Scientists.

Even though 13,000 seems like an awfully large number (which it is), it represents a huge reduction on the number of warheads in existence at the height of the Cold War.

This infographic shows how stockpiles evolved, particularly when various arms limitation treaties are taken into account. 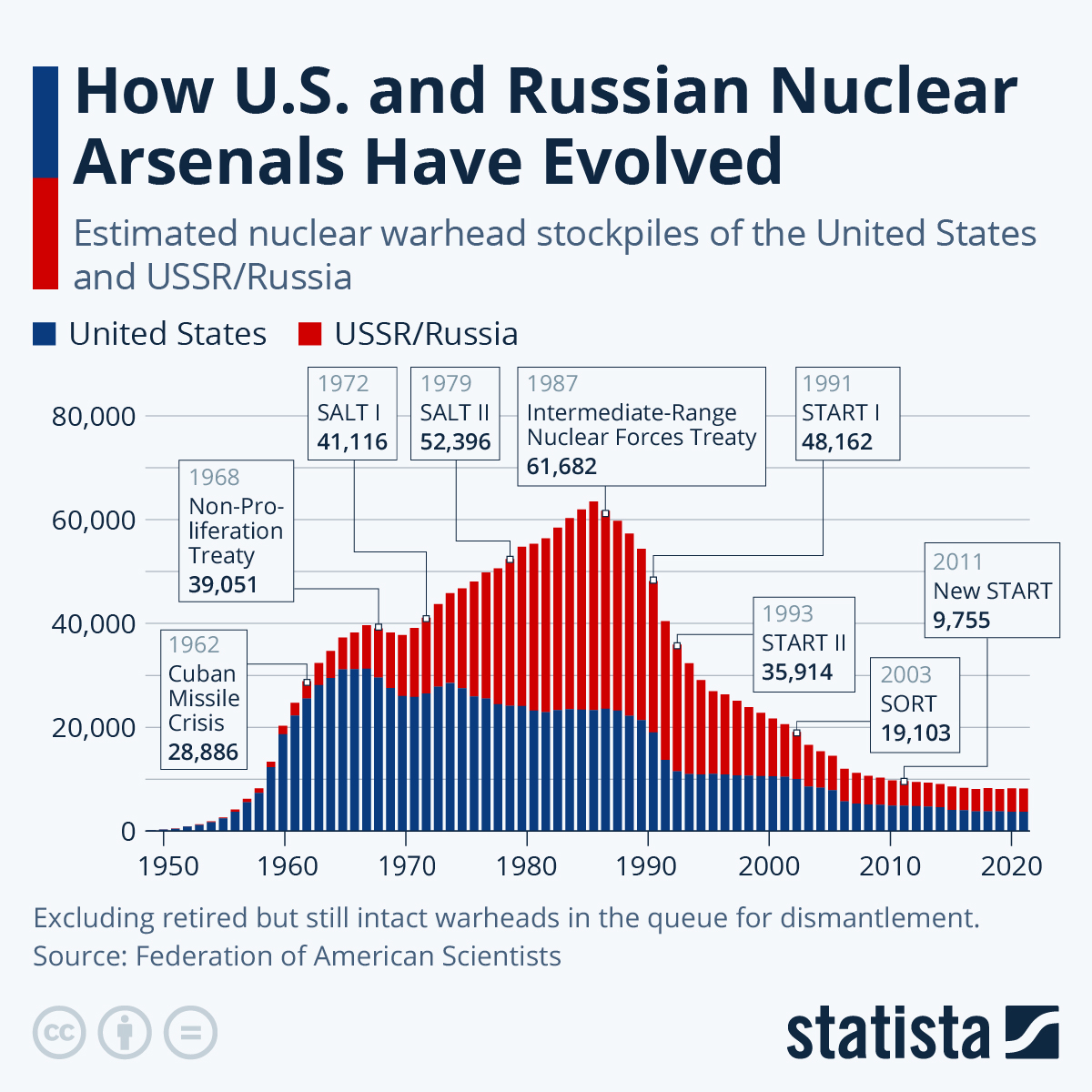 The number of warheads fell significantly in the wake of the Intermediate-Range Nuclear Forces Treaty which was signed by the U.S. and USSR in 1987 at a time when both countries possessed more than 60,000 nuclear weapons.

The trend towards disarmament continued after the Berlin Wall came down and accelerated when the Soviet Union collapsed.

Despite the decline, it isn't all good news as states are now modernizing their existing stockpiles, adding new types, new delivery systems and committing to possessing the weapons long-term.