Poland’s plan to build a fence at its border to Belarus to deter migrants would close one of the last major gaps in Eastern European border barriers. Statista's Katharina Buchholz notes that, based on data gathered by Deutsche Welle, the Baltic states as well as Norway and Ukraine are already in the process of or have completed closing off critical parts of their borders with Russia and/or Belarus. 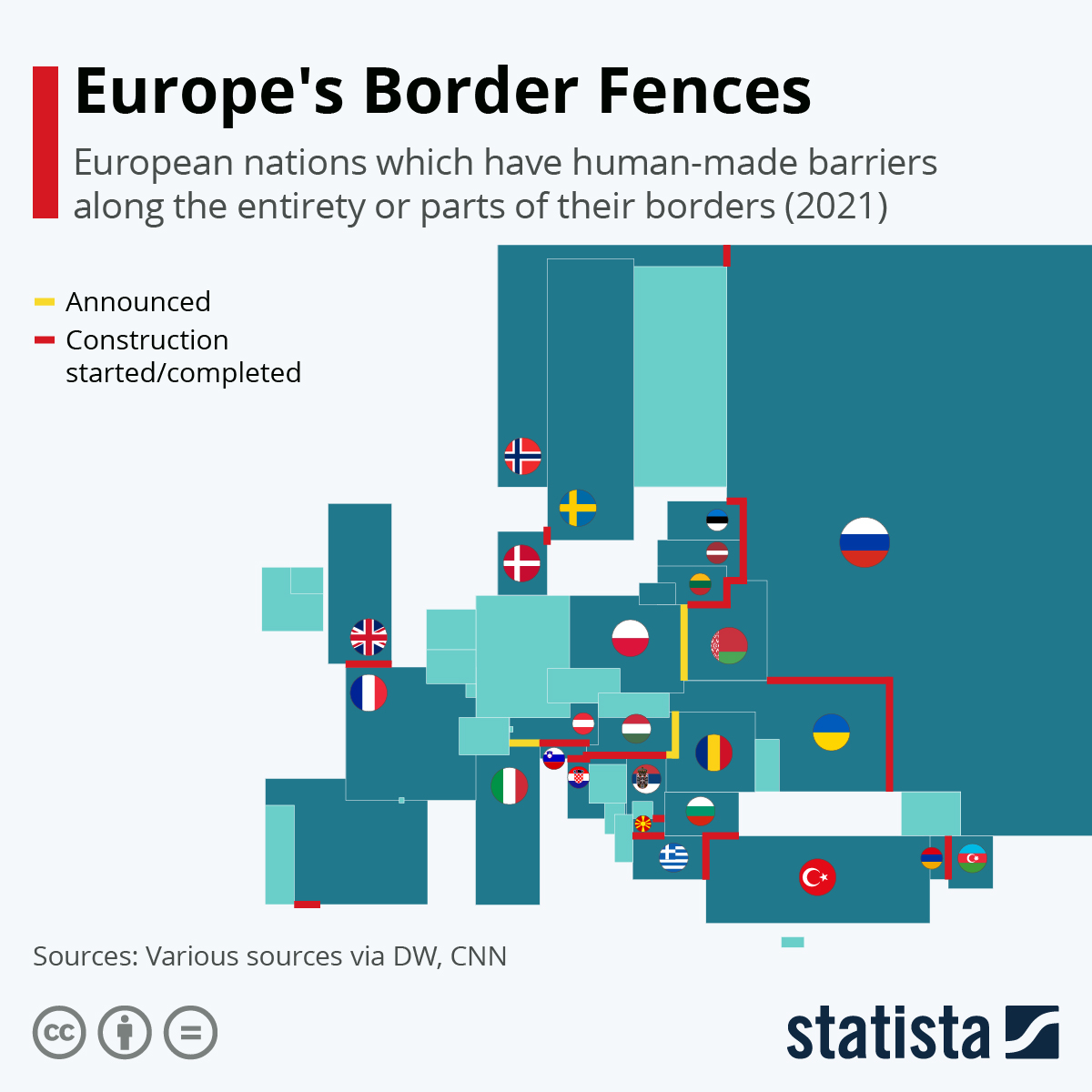 Poland’s announcement comes after Belarussian dictator Alexander Lukashenko has been accused of using migrants to destabilize Poland, allowing them to fly into his country on tourist visas and letting them proceed across the Polish border.

According to The Economist, European countries have built around 1,000 kilometers (600 miles) of border fences in the past 30 years, most of it since 2015. More than half of EU states now have physical barriers at their borders, including Denmark and Sweden – which have a fence between international and domestic train tracks at the last station before the Oresund bridge on the Danish side – as well as France, which fenced up access to the Channel Tunnel in Calais. More border barriers exist between Turkey, Greece and Bulgaria as well as between Austria, Slovenia, Croatia and Hungary.

Since borders often have natural barriers, like rivers, and otherwise inaccessible stretches, most border barriers do not run along the entirety of the national borders of the countries mentioned here.