The US Department of Justice has decided to temporarily close the notorious Metropolitan Detention Center in Brooklyn, New York due to a slew of shortcomings concerning staffing and general security.

The New York branch of the facility has been the subject of much scrutiny after Jeffrey Epstein's death.

The 233 people currently held at the facility will be transferred.

Even though this specific detention center is rather small, the US still leads the world when it comes to prison population per 100,000 residents as Statista's Florian Zandt shows in the chart below. 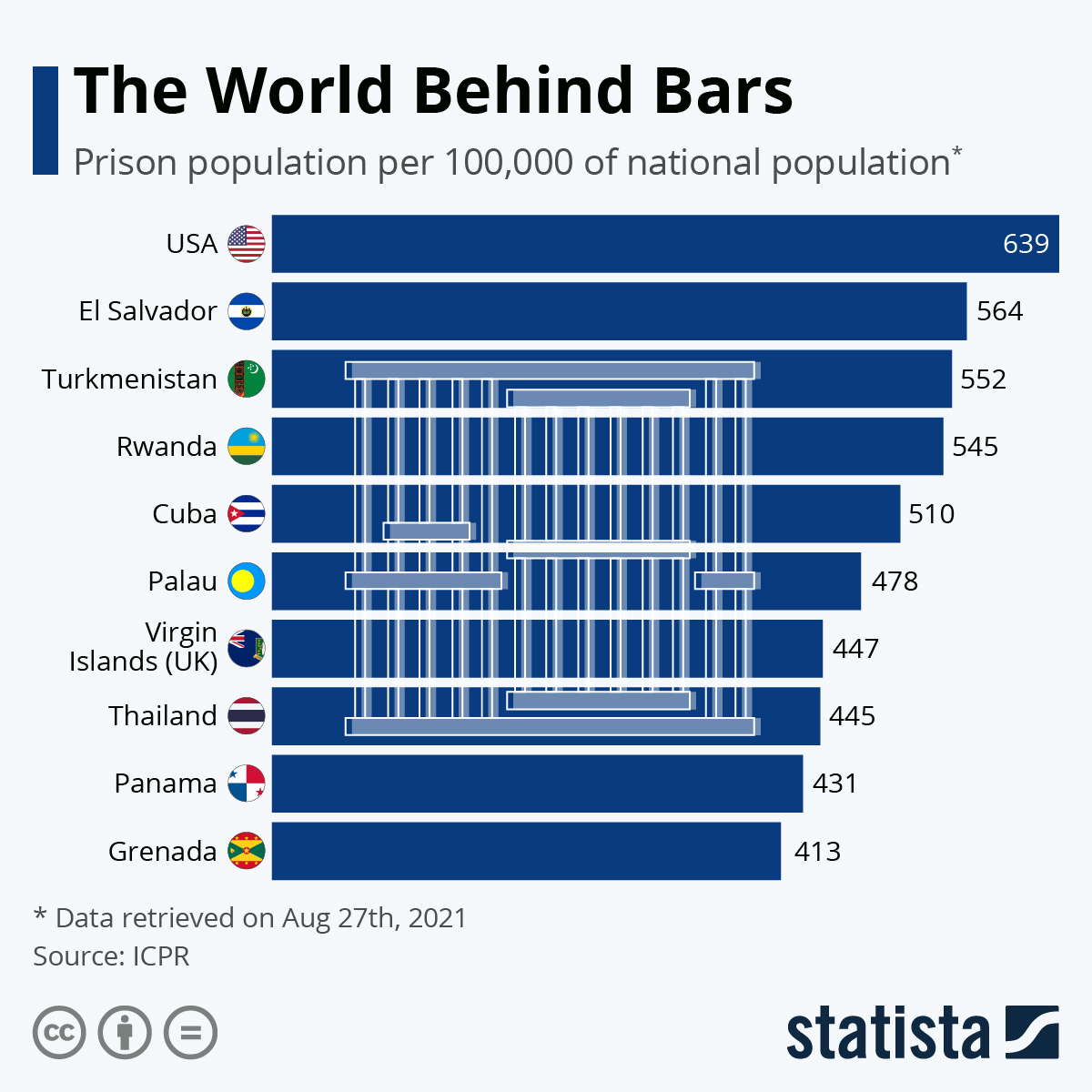 An approximate ratio of 639 of 100,000 US residents are currently spending time behind bars according to data provided by Institute for Crime & Justice Policy Research at the University of London. With El Salvador and Panama, two other countries of the American continent make the top ten at places two and nine respectively.

The UK's overseas territories are also represented with two entries, the Virgin Islands and Grenada.

The latter rounds off the list of the ten countries with the highest prison population rates with a value of 413 inmates per 100,000 residents.