Interestingly, as of the close yesterday, the spread between the 10-year treasury and the 30-year treasury fell to its lowest level (69 bps) since that infamous day.

Since April 2013, the long-end of the yield curve has steadily fallen by 55 basis points. 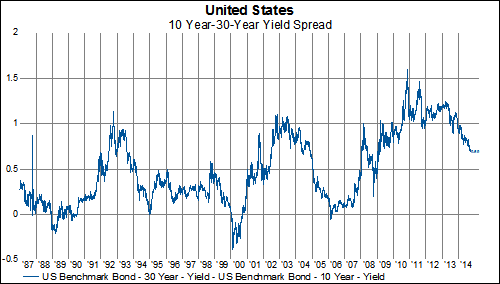 It is not just the long-end of the yield curve that has narrowed. Inflation expectations implied by both 10-year and 30-year TIPS have fallen substantially since the beginning of August. 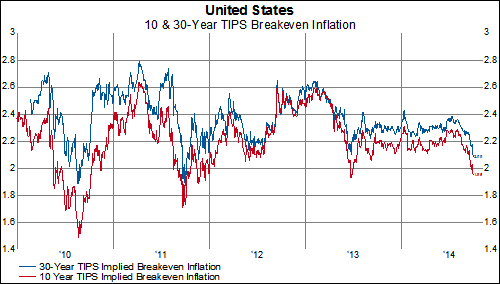 The spread between 10-year and 30-year TIPS has also narrowed by 25 basis points since August 13th. 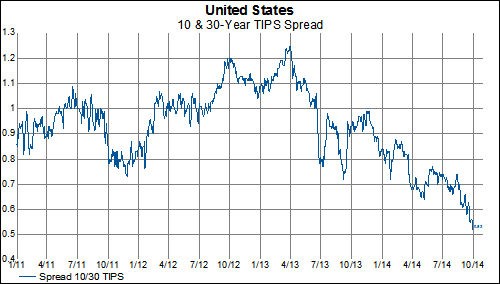 If the dollar continues to strengthen, it seems reasonable to expect the spread between 10-year and 30-year TIPS has further to fall. 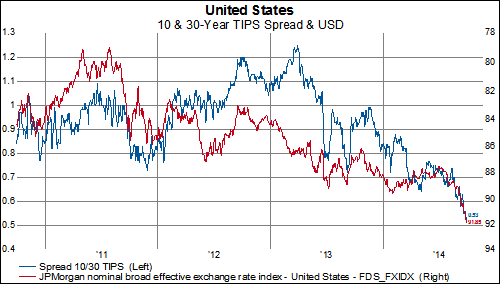 So what do bonds "know"?