Gillian Tett, markets and finance commentator and an Assistant Editor and former U.S. Managing Editor of the Financial Times, looked at the increasing concerns about money today and the benefits of gold in an important article on Friday. 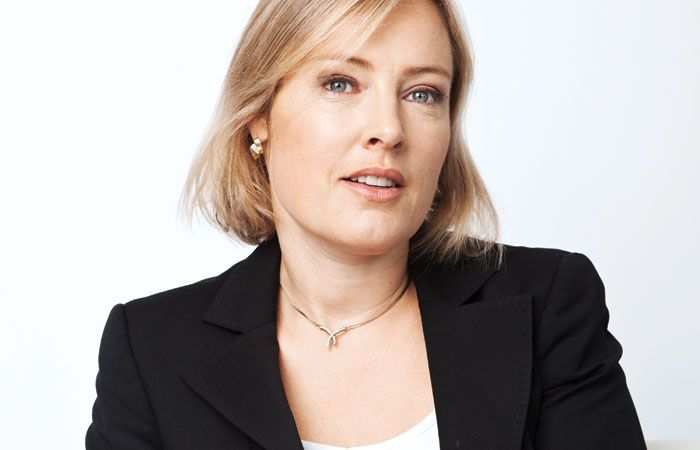 “Ordinary people are unnerved about how money works in a bottomless cyber space. Gold seems tangible, clear and timeless”

She refers to numerous examples of how finite gold is taking a more prominent place in the public consciousness as a monetary asset and as money.

She mentions the Swiss gold referendum which will take place on Sunday and how at least a very large minority of the Swiss population prefer gold-backed currency to fiat. She also mentions Rand Paul of the U.S. Republican party who favours greater use of gold as currency.

She makes some important points regarding gold being tangible and finite in a world of trillion dollar central bank experiments and a risky “ethereal” or intangible cyberspace:

“Most ordinary people have no idea what central banks are really doing, with their trillion-dollar experiments. They are unnerved about how money works in a bottomless cyber space. But the beauty of gold is that it seems tangible, clear and finite. It also seems timeless, creating an impression of permanent, intrinsic value.

Of course, this image is – ironically – also an illusion. You cannot actually do anything practical with gold (as you can, say, with a lump of coal). Its value, like that of fiat currency, depends on social convention. But culture, as Greenspan now recognises, is a very powerful thing – especially in a world of finance that is rushing more deeply into ethereal cyberspace every day.”

We have long made the point that owning all your assets - whether they be investments, savings, deposits, crypto currencies or even gold in a digital format with dependency on a single company and its websites, platforms, I.T., applications, the internet and electricity is imprudent.

This rise in interest in gold among the public is based on the fact that monetary affairs are completely beyond the control of average citizens.

Before the crisis of 2008, it seemed irrelevant to the average working person. Years of austerity are now causing average people to look more closely at the system only to find it incomprehensible and unstable. The growing divide between the super-rich and everybody else is leading them to conclude that the current system is shambolic and simply not working.

We find it very encouraging that Tett should put gold back on the agenda of such a widely read financial publication as the Financial Times. It may herald the start of a more balanced discussion of gold.

This seems possible, given recent developments, such as the ECB's recent suggestion that they may buy gold in an EU QE or with the Dutch central banks repatriation of a large amount of it's sovereign gold and, of course, the recent statements of Alan Greenspan himself.

The backdrop to her article was her recent interview with Alan Greenspan at the CFR whose comments reverberated around the gold blogosphere but was largely ignored by the mainstream media. 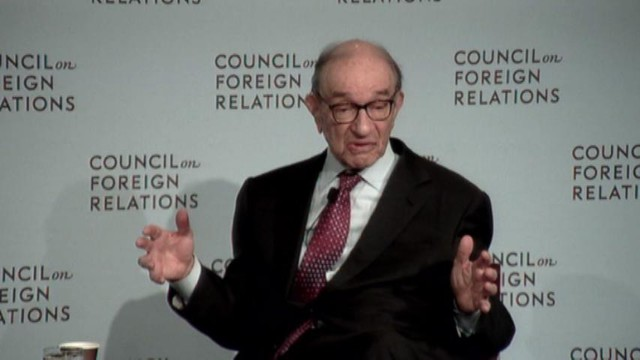 Greenspan, who chaired the Federal Reserve from 1987 till 2006 stated in this interview at the Council on Foreign Relations that “gold is a currency. It is still, by all evidence, a premier currency. No fiat currency, including the dollar, can match it.”

Coming from the most influential central banker in recent history this was regarded as quite the admission.

In Greenspan's early career he was an advocate of the gold standard. But during his long tenure at the Fed he was a practitioner of loose monetary policies - the very policies that a gold standard is designed to curtail.

Many now regard Greenspan as a primary, though perhaps unwitting, architect of today's monetary turmoil. Tett refers to a comment by a former colleague of Mr. Greenspan - dismissing his elevation of gold on the basis of his poor performance in the run up to the crisis.

While we agree that Greenspan's legacy is a tarnished one, we also recall his statement to Marc Faber at the New Orleans Investment Conference last month where he said "I never said the central bank is independent."

At that conference he also stated that the Federal Reserve was sitting on "a pile of tinder" and that gold would go "measurably higher."

Tett has a record of unbiased analysis and commentary regarding the gold markets. In 2011 she suggested that it would be "foolish to simply deride or ignore" the Gold Anti-Trust Action Committee (GATA).

GATA's contention of manipulation of the gold markets have now been borne out.

Tett is highly respected both in journalism but also in financial and economic circles. In her previous roles, she was U.S. Managing Editor and oversaw global coverage of the financial markets. In March 2009 she was Journalist of the Year at the British Press Awards. In June 2009 her book Fool’s Gold won Financial Book of the Year at the inaugural Spear’s Book Awards.

In 2007 she was awarded the Wincott prize, the premier British award for financial journalism, for her capital markets coverage. She was British Business Journalist of the Year in 2008.

Tett’s important FT article can be read in full on the FT here or for those without a subscription it can be read here.

Gold dipped 0.2% in light trading yesterday  to close just above $1,196 as rising global equities reduced demand for safe havens. The other precious metals also closed lower, with silver slipping 0.1% while platinum and palladium gave up 1.7% and 0.4%, respectively.

The dollar was firm ahead of U.S. economic data (GDP and consumer confidence), and the market awaits the Swiss referendum on central bank gold reserves for more trading cues on Sunday. A yes vote will lead to fireworks in the gold market and higher prices.

HSBC, commenting on the Swiss vote, says: "The impact of a ‘yes’ vote could quickly translate into prices and take gold as much as $50/oz higher. The impact on gold of a “yes” vote on the gold market could be notable. On a basic level, a ‘yes’ vote would require the SNB to increase bullion stocks. But it would also be a strong signal in support of the utility of gold and may help galvanize the bullion market, which has seen steep declines since the beginning of 2013.

Bullion prices were also lifted by news that China's net gold imports from conduit Hong Kong rose to 77.628 tonnes in October from 68.641 tonnes in September, as the world's largest gold buyer saw strong demand for jewellery and bullion coins and bars.

Sales of gold American Eagle coins from the U.S. Mint have already outstripped last November's total with nearly another week of the month to go, standing at 53,000 oz this month compared to 48,000 oz in November last year.

Silver Amrican Eagle sales are at 3.096 million oz, up from 2.3 million oz in November last year and on track for a record year of sales.
China’s gold demand remains very robust as seen in Shanghai Gold Exchange (SGE) deliveries and Hong Kong gold exports to China .

Essential Guide to Storing Gold and Silver In Switzerland