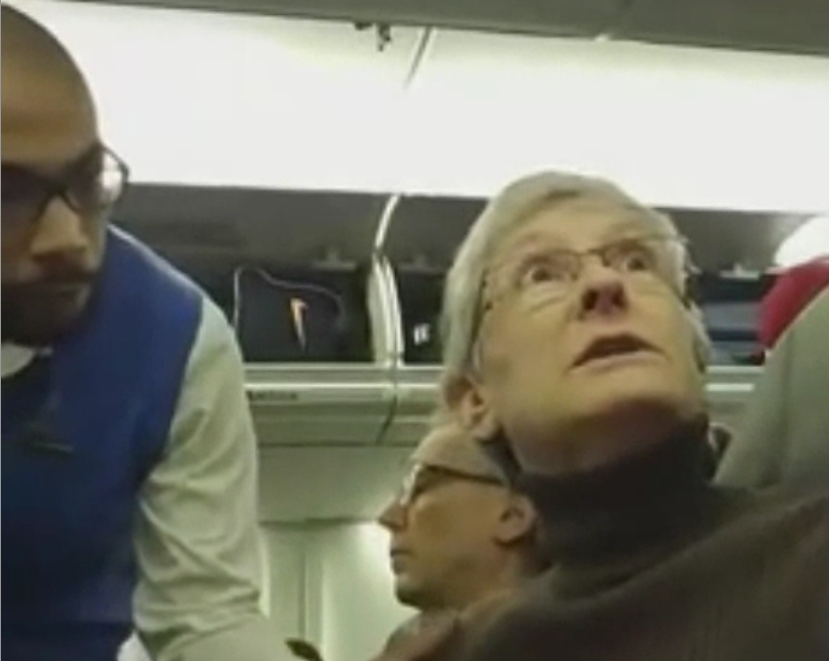 A miserable seething bitch and her browbeaten husband are the stars of a new video making it's way around the internet after the woman, a horrible human being, decided to berate a Trump supporter on an airplane. First, here's what happened from the guy it happened to: 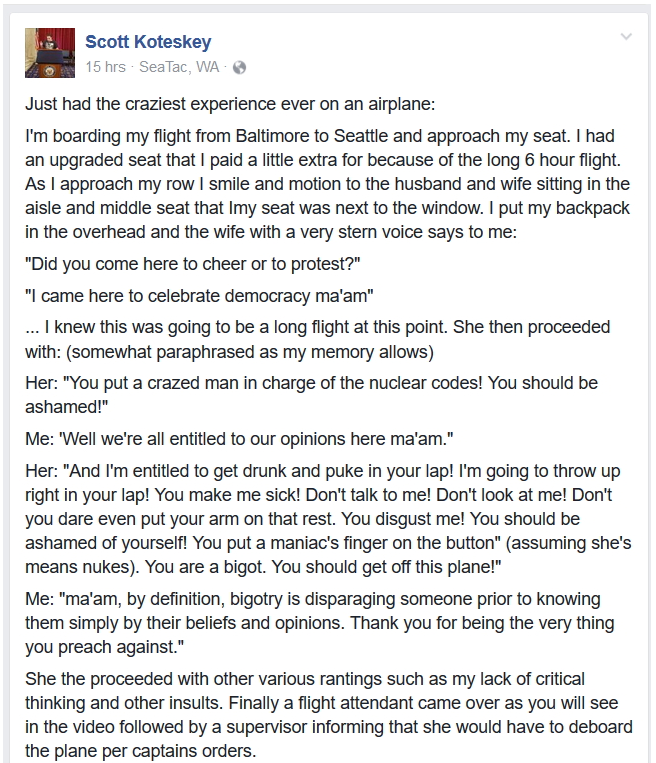 The first flight attendant to deal with his bigot isn't having any of her shit:

Attendant #1: "Is there going to be a problem?"

Woman: "There will be, I would like for him to change seats with somebody who did not put us all in harm's way"

[mic drop, goes to get other flight attendant]

When the second flight attendant breaks the news of her impending ejection, this ivory tower liberal starts throwing her dead mother in law out to try and gain some sympathy:

Attendant #2: "I'm terribly sorry for that, but that does not give you the right to treat people the way you've been treating them.

Husband: "What if we trade seats and she quiets down? How would that be?"

Attendant #2: "Unfortunately the captain has already made the call..."

Update to potato quality video - Someone sent Milo a perfect view of the carnage. That husband really gave the overhead bin latch what for... 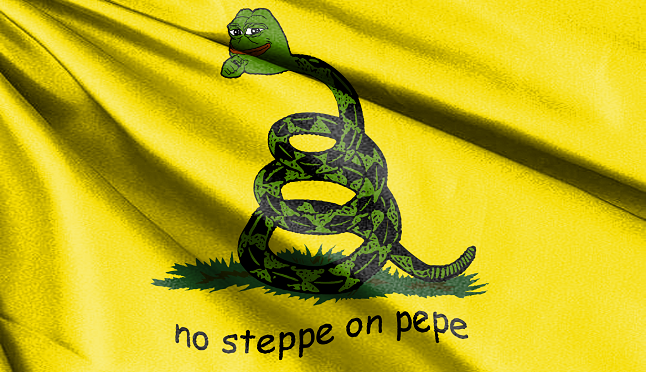