Are we witnessing more transdimensional Kekian chess between President Trump and the media?

Just this week - two days ago in fact, Rand Paul went on Tucker Carlson Tonight to discuss auditing the Fed - and the disturbing possibility of neocon Elliott Abrams invading the State department as Rex Tillerson's #2. This was all based on a rumor propagated by CNN "according to sources familiar with the situation" (of course). Trump supporters were immediately alarmed, and anti-Trump factions seized the opportunity to expose the President as a secret neocon charlatan preaching to his sheep-filled Tent-revival.

Just look at all these jackasses who took the bait and ran with it: 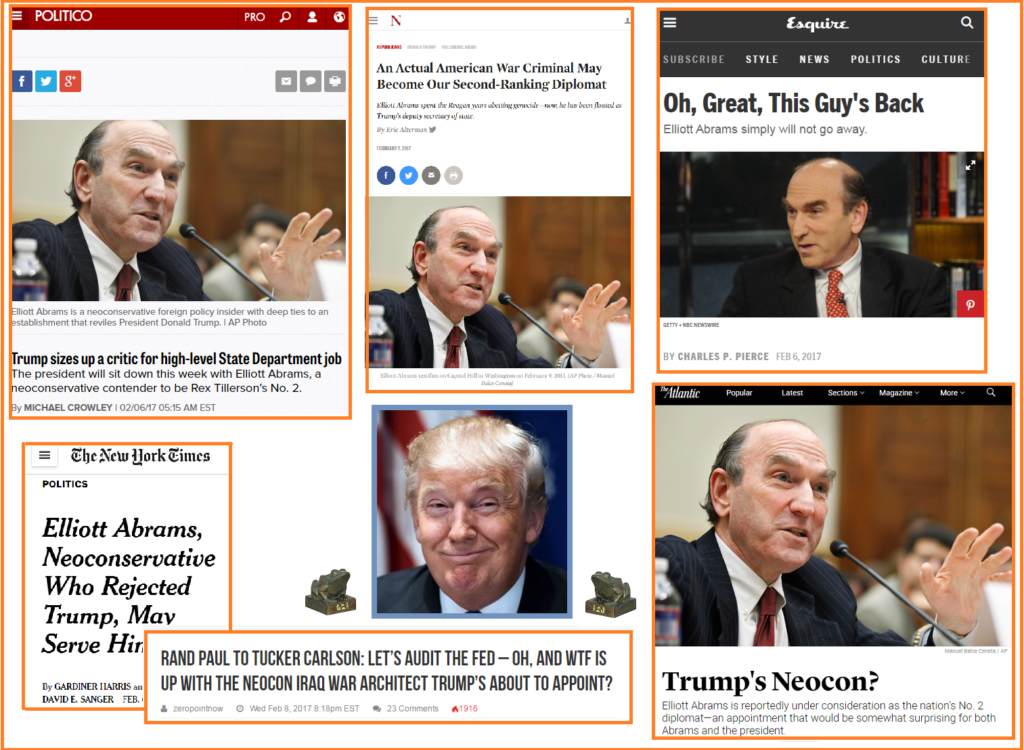 Here we are 48 hours later, and guess what? It was Fake News all along! Well, not quite... The official story is that Trump caught wind of Abrams talking trash and decided to take him off the list. And look who's got the exclusive scoop! 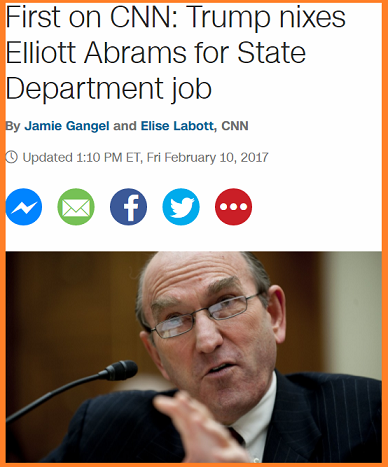 Per CNN - which apparently required two journalists to report:

The President found out about Abrams' outspokenness against Trump after meeting with him on Tuesday to consider him for the position, which would have made him Secretary of State Rex Tillerson's deputy. The meeting went well, but Trump could not get past Abrams' past criticism, the sources said. -CNN

Sure guys. Trump's vetting team doesn't have vast resources at their disposal, such as Google, to find out that Abrams has been a vehement never-Trumper the entire election, or that Abrams is a dyed in the wool neocon.

Let's look at what this DID accomplish...

Whether or not Rand Paul was in on it or Pliny the Younger was drunk on propaganda has yet to be seen - but if this was another case of tactical chess, it appears at least some in the MSM are catching on:

(1) Every time we ding Trump's demonstrably false claim press doesn't cover terror, we talk about terror, which is exactly what the WH wants

What's next, a series of seemingly coordinated worldwide crackdowns on heinous illegal behavior so that the public knows Trump means business when the time comes to really drain the swamp? Plans within plans...