SPICER: "Very Confident" Of Evidence Trump Campaign Was Spied On By Obama Admin During The Election 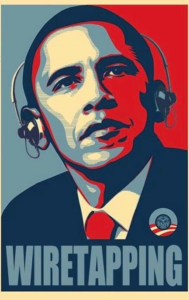 During today's White House press conference, press secretary Sean Spicer was asked about demands made by congress for proof of President Trump's claims that Obama "wiretapped" him during the election, in light of a one week extension granted yesterday to the Justice Department to produce evidence of surveillance. The Trump administration has taken heat since the President's March 4th tweet, which was likely in reference to evidence gathered against three members of the Trump campaign - as reported by the NY Times in January - surveillance which found no evidence of collusion with the Kremlin.

Terrible! Just found out that Obama had my "wires tapped" in Trump Tower just before the victory. Nothing found. This is McCarthyism!

Yesterday, Spicer broadened the scope of Trump's claim - suggesting that the phrase "wiretapping" (in quotes) was not meant to be taken literally.

"He doesn't really think that President Obama went up and tapped his phone personally....

Earlier today when asked about the extension granted by the House Intelligence Committee, as well as whether or not Trump's Department of Justice has any evidence, Spicer repeatedly deferred - stating that he didn't want to get ahead of the DOJ, however he did reveal the following:

Spicer: He's extremely confident. I'll let the DOJ report this, but as I've commented in the past, there's been significant reporting about surveillance techniques that existed during the 2016 election.

Reporter: [is it] possible may be nothing?

Spicer: No, at least from where we stand, we know that there is significant reporting on the subject.

Reporter: Something will be presented?

Reporter: Yeah, I feel very confident of that.

Another reporter asked Spicer if the President believes "microwaves" are spying on him - alluding to a statement made by Trump Advisor Kellyanne Conway over the weekend referring to an article which referred to smart electronic devices, such as phones, television sets, and microwaves - which could be used as surveillance tools. She was clearly discussing the revelations from Wikileaks' "Vault 7" release last week, which detailed the CIA's available methods of surveillance - including Samsung smart TV's.

Spicer: I think there's pretty sound evidence that the Microwave is not a sound way of surveilling someone, and I think that was cleaned up. It was made in jest - so, I think we can put that to rest.

Sean Spicer "Very Confident" of evidence Trump was surveilled during the election. https://t.co/zhMEYpVfyFpic.twitter.com/K7ihtvVFtR

Here is the clip in which Conway refers to microwaves spying on people, which drew ridicule from John Podesta pal Stephen Colbert:

Perhaps Kellyanne was thinking of this 2012 article in Wired in which former CIA Director David Petraeus said that "smart devices" such as dishwashers and other appliances could be used to spy on people. 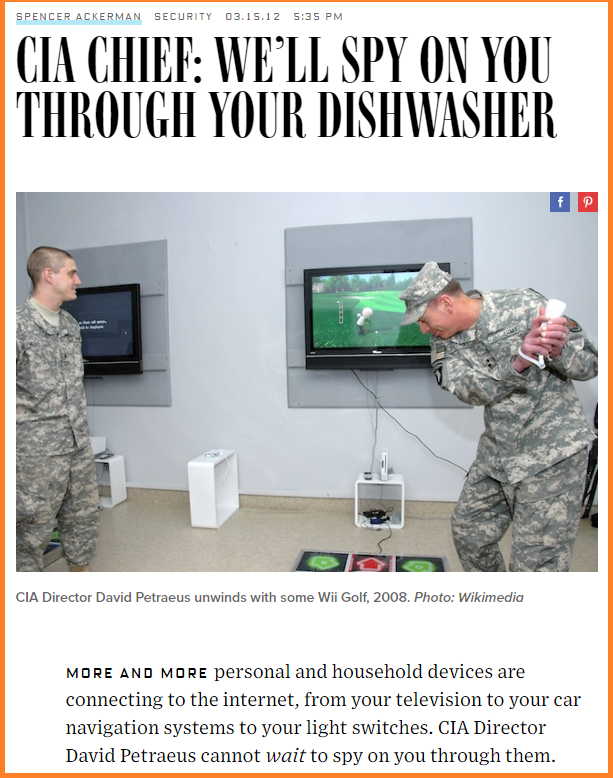 Whatever the case, it's now clear that the DOJ is assembling actual evidence of the wiretapping claims, to be presented to the House Intelligence Committee on Monday, March 20th.