Hillary Clinton has put forth a formidable list of culprits for why she lost the 2016 presidential election. The Fox News Research team totaled up the excuses and found a whopping 24 items!

However there seems to be one glaring omission... "Hillary Clinton!"

Crooked Hillary Clinton now blames everybody but herself, refuses to say she was a terrible candidate. Hits Facebook & even Dems & DNC.

And it;s not just Trump supporters, as Liberty Blitzkrieg's Mike Krieger notes, even Hillary Clinton's former aides are sick of her incessant bullshit... Personally, I’m in the camp that thinks a large percentage of Trump voters didn’t support him out of personal affinity, but rather as a means to ensure that Hillary Clinton would finally shut-up and go away forever. That is not happening.

I issued a code red warning last month highlighting that I thought Hillary Clinton’s ongoing spotlight-hogging, blame deflecting, Russia fear-mongering tour is driven by a remnant burning desire to be President and the delusional dream that it could still happen. As I explained in the post, Manufacturing Resistance – The American Public is Being Manipulated Into Irrelevance:

The current environment is fertile ground for real populist movements to fight for an improvement in the lives of average Americans, but the public is being fooled into focusing all its energy on an unproven Russia collusion theory which hasn’t caused any of our very real national suffering. Our very own homegrown racketeers and thieves are to blame for that, but we’re being told to focus our attention on Russia. This isn’t an accident people, you’re being played, and played quite easily at that.

Ironically, “the resistance” is actually sucking all the air out of what should be real resistance. After spending a few months in the woods, Hillary is now actively moving to co-opt the entire movement. Why’s she doing that? I think she still covets the throne, and I think she’s power hungry and delusional enough to go for it.

Hillary’s positioning to run again, and there’s still no viable new third party. Even worse, there’s the naive and gullible Bernie Sanders still trying to “change Democrats from within,” a laughable and useless exercise. It’s unbelievably pathetic and disempowering, but it could get a lot worse. Brace yourselves for a few years of Hillary running around in leather jackets talking like a “populist” as she desperately attempts to reinvent herself. Our national nightmare is far from over.

I don’t know much, but I do know if the Democrats renominate Hillary Clinton or some other war-mongering, corporate stooge you can pretty much guarantee eight years of Donald Trump. If there’s no real choice, and we’re destined to go down in imperial flames anyway, we may as well have the reality tv guy entertain us along the way.

In fact, the “I’m awesome, but everyone else failed me tour” is getting so tiresome, even some of her aides are publicly calling her out. Let’s start with a tweet from long-time Hillary aide Patti Solis Doyle.

That’s nothing compared to several tweets by Andrew Therriault, who served as the DNC’s director of data science, and didn’t take kindly to Hillary’s compulsive blame-shifting ways. In since deleted tweets, he wrote (more here): 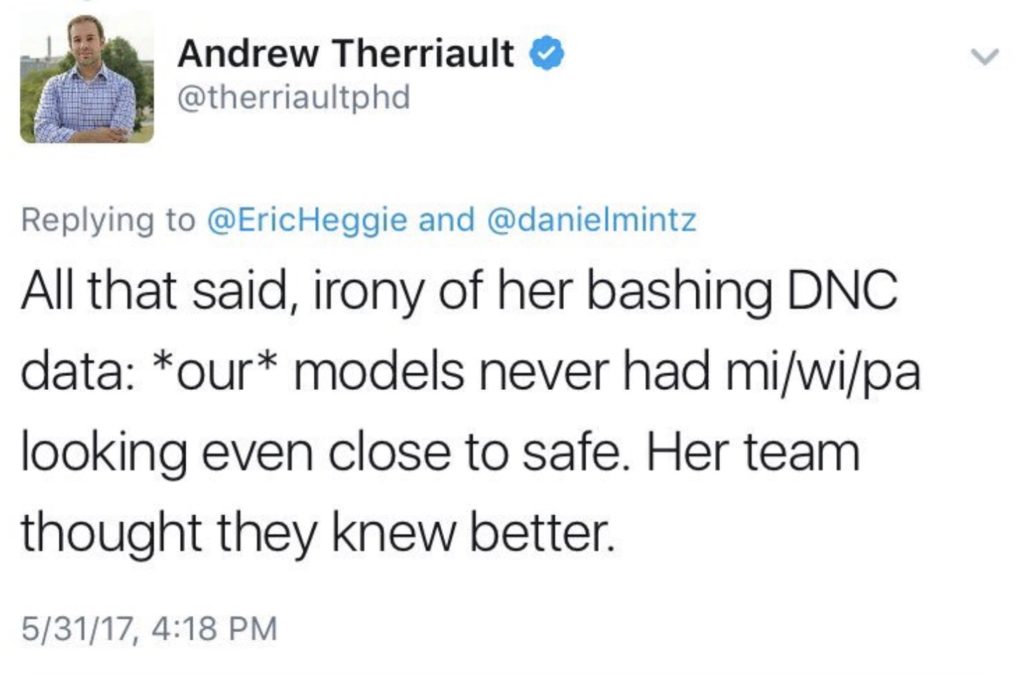 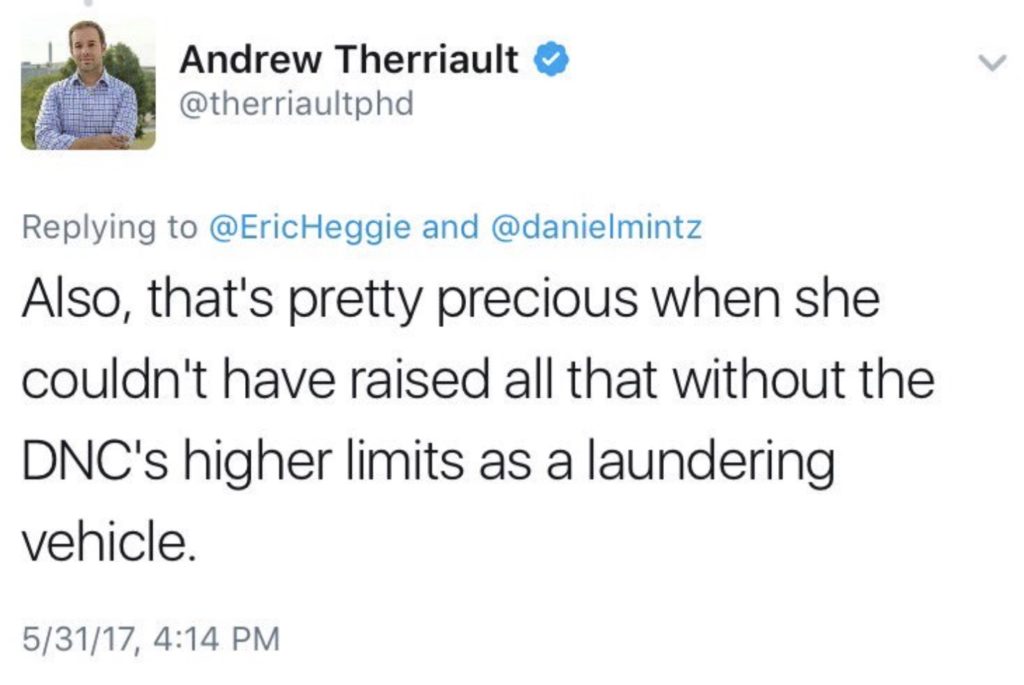 The current situation is so dire, even Michael Bloomberg recognizes the train-wreck. The Hill reports:

Bloomberg, who politically identifies as independent, told New York Times columnist Frank Bruni that he thought Democrats didn’t have an effective message to win the 2016 election and could repeat that mistake in 2020.

He said Democrats are still looking for issues and messages.

Are they actually looking? Doesn’t seem that way to me.

Naturally, the Democratic Party will learn zero lessons from 2016, because the Democratic leadership is really dumb. Or just really corrupt. Almost certainly both.