Establishment Turns on ANTIFA; It's Now Quite Fashionable to Condemn Them

In the September issue of The Atlantic, the cosmopolitan political magazine for globalist elites, the topic of ANTIFA was broached. I wouldn't call their assessment of the alt-left group a rebuke, but instead a mild chastising.

Antifa believes it is pursuing the opposite of authoritarianism. Many of its activists oppose the very notion of a centralized state. But in the name of protecting the vulnerable, antifascists have granted themselves the authority to decide which Americans may publicly assemble and which may not. That authority rests on no democratic foundation. Unlike the politicians they revile, the men and women of antifa cannot be voted out of office. Generally, they don’t even disclose their names.   Antifa’s perceived legitimacy is inversely correlated with the government’s. Which is why, in the Trump era, the movement is growing like never before. As the president derides and subverts liberal-democratic norms, progressives face a choice. They can recommit to the rules of fair play, and try to limit the president’s corrosive effect, though they will often fail. Or they can, in revulsion or fear or righteous rage, try to deny racists and Trump supporters their political rights. From Middlebury to Berkeley to Portland, the latter approach is on the rise, especially among young people.   Revulsion, fear, and rage are understandable. But one thing is clear. The people preventing Republicans from safely assembling on the streets of Portland may consider themselves fierce opponents of the authoritarianism growing on the American right. In truth, however, they are its unlikeliest allies.

After the events in Berkeley this past weekend, where ANTIFA thugs went haywire, beating Trump supporters up for sport, support for the violent leftist group has plunged.

I am concerned that this video of Antifa beating a 16 year old Trump supporter will cause the public to turn on us. pic.twitter.com/e72n3agbDx

Now we're seeing widespread condemnation from both the media and establishment hacks, deep state troglodytes and politicians alike. Clearly, someone pulled the plug on ANTIFA. Perhaps an important think tank did some proprietary polling and concluded the risk-reward analysis wasn't worth shilling for them anymore, especially in light of the events in Texas. Back in June, Trump supporter and advocate, Jack Posobiec, wondered why CNN didn't even acknowledge the group's existence.

Here's a brief rundown of some of the recent remarks. Bear in mind, about a fortnight ago, the media and a whole slew of politicians, on both the right and the left, condemned President Trump for criticizing ANTIFA. Both Marco Rubio and Mitt Romney praised the group as being 'anti-fascist.' Remember this? 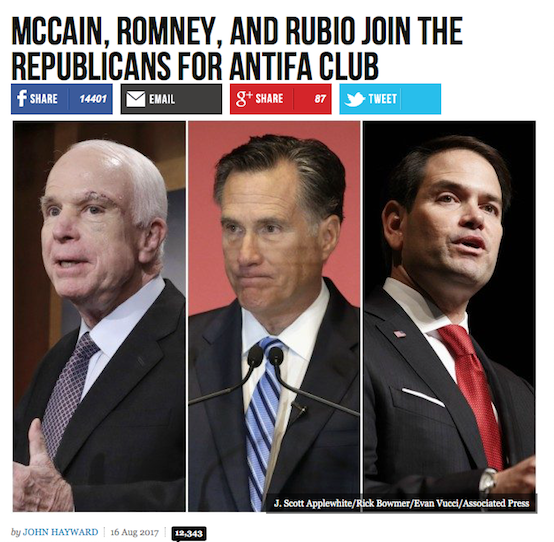 The worm has turned.

Let's cut the crap from the @TheDemocrats. Obviously @GeorgeSoros pulled the plug on #Antifa, and suddenly @NancyPelosi has a conscience.

The Morning Shill got the go ahead to condemn the masked marauders. 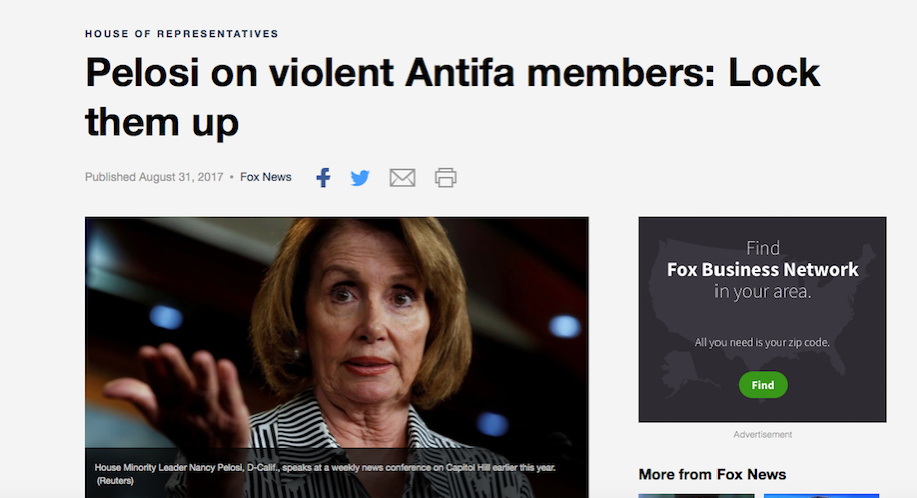 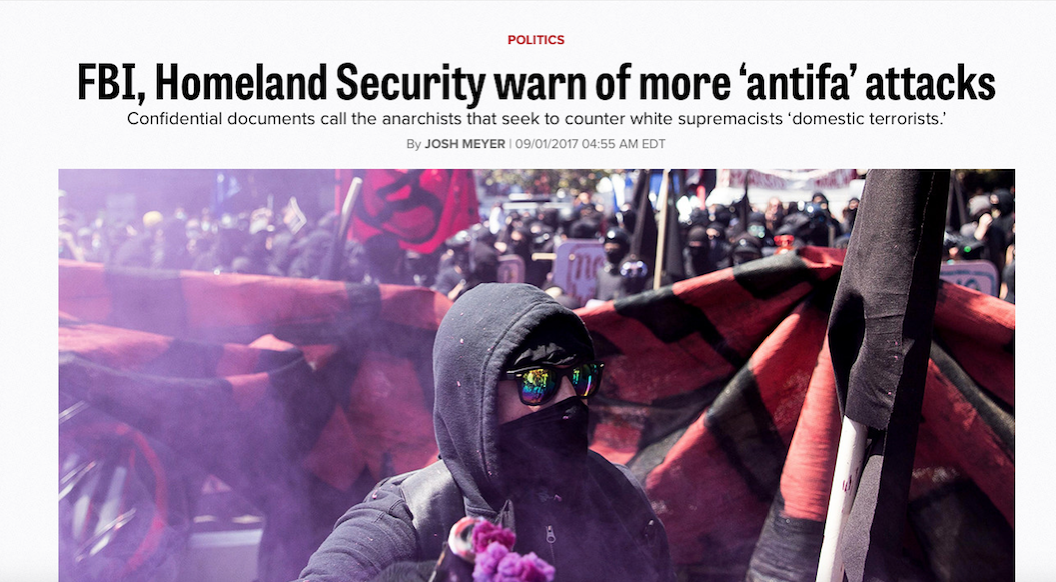 Glad you finally got shamed into doing the obvious, Paul! https://t.co/SjcveSLhbC

Apparently, some didn't get the memo.

That the abbreviation for that, Antifa, is now some kind of bad thing, is ridiculous. — Shaun King (@ShaunKing) August 31, 2017