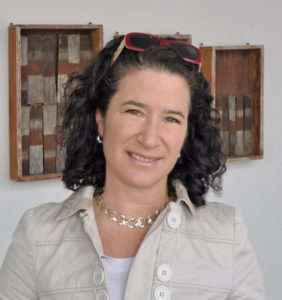 Ulster County, N.Y. legislator Jennifer Schwartz Berky (D) – who is up for reelection Nov. 7, put on quite an act for a local police officer Gary Short after she was pulled her over for driving 43 mph in a 30 mph zone while talking on her cell phone.

A 26-minute video of the May 2017 incident was released last Tuesday during an Ulster Town Board meeting, and features a meltdown of epic proportions.

After Berky failed to impress officer Short by casually mentioning “I work for the county government, I’m a county legislator,” she immediately shifted into the victim role and proceeded to have histrionic tantrum. “Please don’t give me a ticket, I’m broke,” Berky cried, adding “I’m completely broke, and if you tell people, it’s going to hurt me. I’m totally broke. I made $20,000 last year. Please don’t give me a ticket.”

Officer Short – a consummate professional throughout the encounter, returns to his squad car to run Berky’s information, when Berky gets out of her car and fakes a panic attack, while on the phone, claiming PTSD.

Hope she doesnt have veterans in her district https://t.co/1JItRTfYWi

Notice how fast she calmed down and didn't need a paper bag when he said you're being recorded on two different devices. ????????????

Berky has learned from this and is ready to move on!

In response to the viral video, Berky issued an apology (the comments section is hilarious):

“The video released earlier this week of my Town of Ulster traffic stop captured a tough moment for me,” stated Berky. “Like so many working families, I too face tough times and stressful situations.  As a professional, a public servant and a mother, I know my interaction with Police Officer Gary Short was unacceptable. I want to apologize to Officer Short and thank him for his patience and professionalism with me during a very difficult time. This has been a humbling experience for me. I hope to use it to grow and learn how to better represent the diverse working families who reside in the great the city of Kingston.”

If you’re an Ulster County resident and want to check out Berky’s pitch – here ya go. So far it's not going over so well.