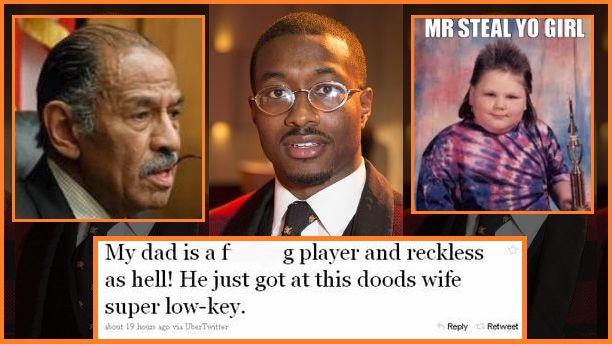 “I’m retiring today,” the 88-year-old Michigan Democrat told a local radio station from a Detroit hospital. “I want everyone to know how much I appreciate [their] support.”

Except, kids say the darndest things...

In a now deleted tweet, the younger Conyers - who has since deleted his Twitter account - bragged about his father's infidelity with a woman who was also married - stating "My dad is a f*cking player and reckless as hell! He just got at this doods wife super low key"

The identity of the woman Conyers Sr. apparently 'got at' - as well as the dood in question are unknown.

“And for those wondering if it’s really the congressman’s son, other past tweets talking about “Mom Con” and Uncle Carl — the elder Conyers’ brother — should clue you in,” reports M Live‘s Aaron Foley