The bulk carrier RB Eden changed course twice thanks to Trump's trade reversals. A third time may be in the works. 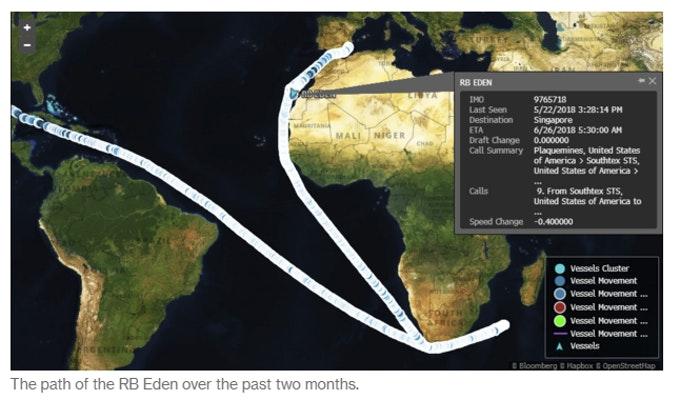 The Voyage of the RB Eden tracks Trump's trade policy reversals with China.

The bulk carrier RB Eden was loaded with the grain at Archer-Daniels-Midland Co.’s terminal in Corpus Christi, Texas, and was initially bound for Shanghai. When China announced a 179 percent tariff on imports of sorghum in mid-April, it performed a U-turn in the Indian Ocean, according to vessel data tracked by Bloomberg, and sailed back around southern Africa toward Europe.

The vessel’s destination was changed to Cartagena, Spain, but according to the data, it never docked. On May 18, China scrappedits anti-dumping and anti-subsidy probe into sorghum. The same day, the RB Eden began sailing back toward the Atlantic. It’s currently bound for Singapore. 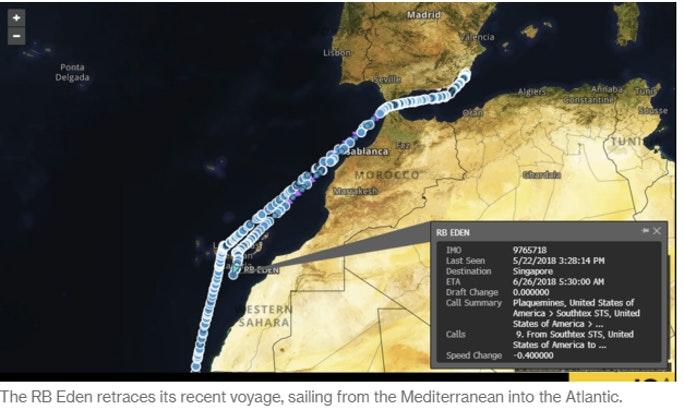 Saga of the RB Eden

That's what caused the RB Eden to turn the first time.

Then, just as the RB Eden nearly reached dock in Spain, Trump removed sanctions on ZTE and in turn, China removed tariffs on agricultural goods.

The RB Eden turned around and is headed back to Asia.

Will the RB Eden make it this time?

It's rather questionable. Trump has again reversed course on China.

If China responds with agricultural tariffs again, the RB Eden will not make it to port in China.

Neither Here Nor There

I made a fitting comment yesterday, unaware of the saga of the RB Eden.

"Trump's trade policy is like a page from French president Emmanuel Macron. It's neither here nor there, nor anywhere."