Although international air travel has bounced back faster than expected from the pandemic, Statista's Anna Fleck notes that the industry is still yet to fully recover following all of the staffing shortages and surge in demand this vacation season.

Airports have had exceptionally long queues this summer, with London’s Heathrow seeing luggage pile ups and even telling its airlines to stop selling summer flights. If you’re thinking of planning a trip away, it may be worth picking your departure and arrivals locations wisely, as some airports have been worse than others, as our infographic based on FlightAware data shows. 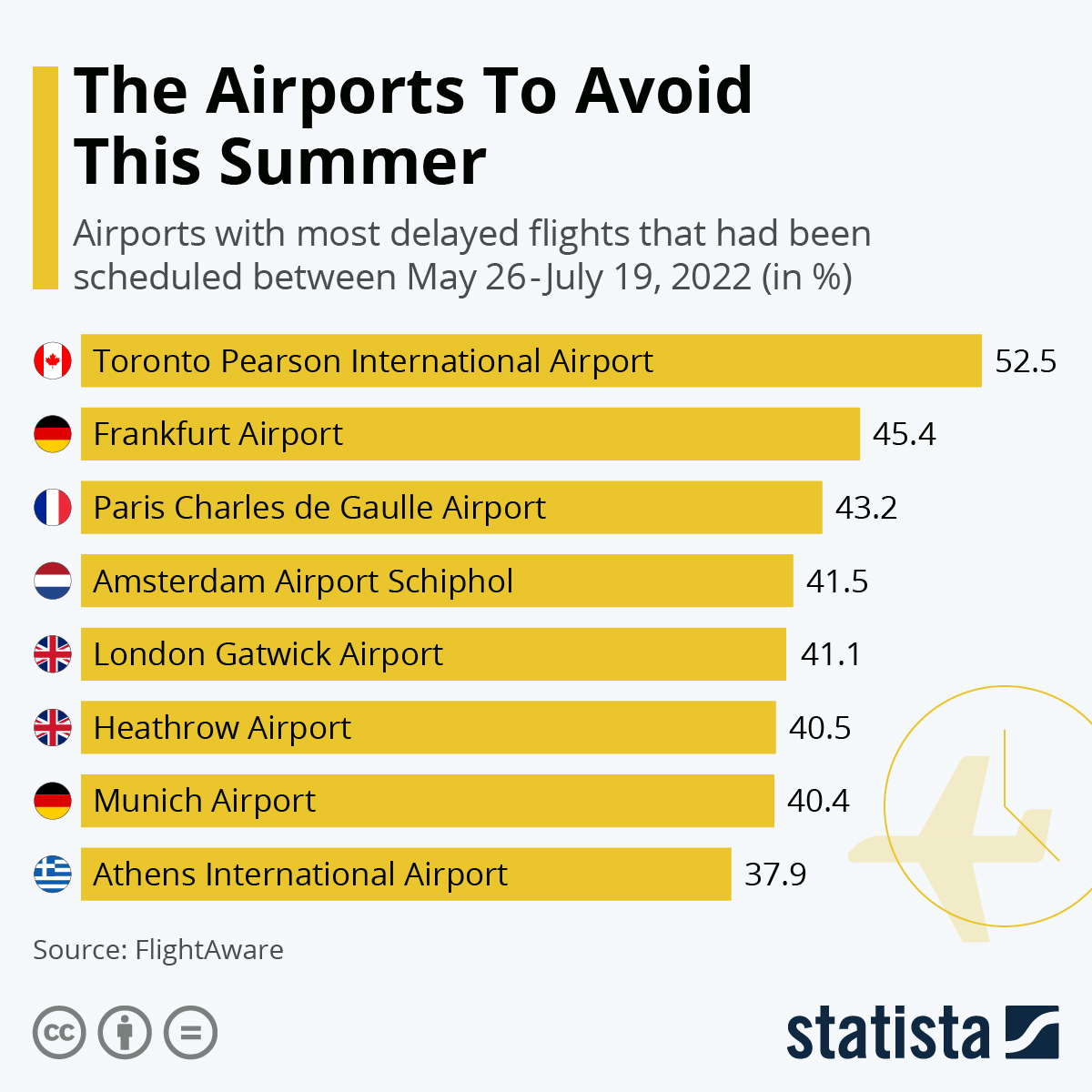 Canada’s Toronto Pearson International Airport topped the list as the worst airport to fly out of between May 26 - July 19 this year, with more than half of its flights being delayed.

The UK is the only country to have two airports make it onto the list in this time period, both of which - Gatwick and Heathrow - are based in London.