Trains have always been an exciting way to travel, whether it involved Great Britain's elegant and speedy Mallard steam locomotive of late 1930s vintage or more modern state-of-the-art high-speed rail systems such as Japan's Shinkansen, France's TGV or Germany's ICE.

As some parts of the world such as the UK and Israel finally experience some relief in their battles against Covid-19 through widespread vaccination, Statista's Niall McCarthy notes that people are finally starting to dream about traveling again.

For rail enthusiasts planning for some spectacular post-pandemic experiences, now is certainly a good time to plan ahead and chart a journey on some of the longest train routes on the planet. 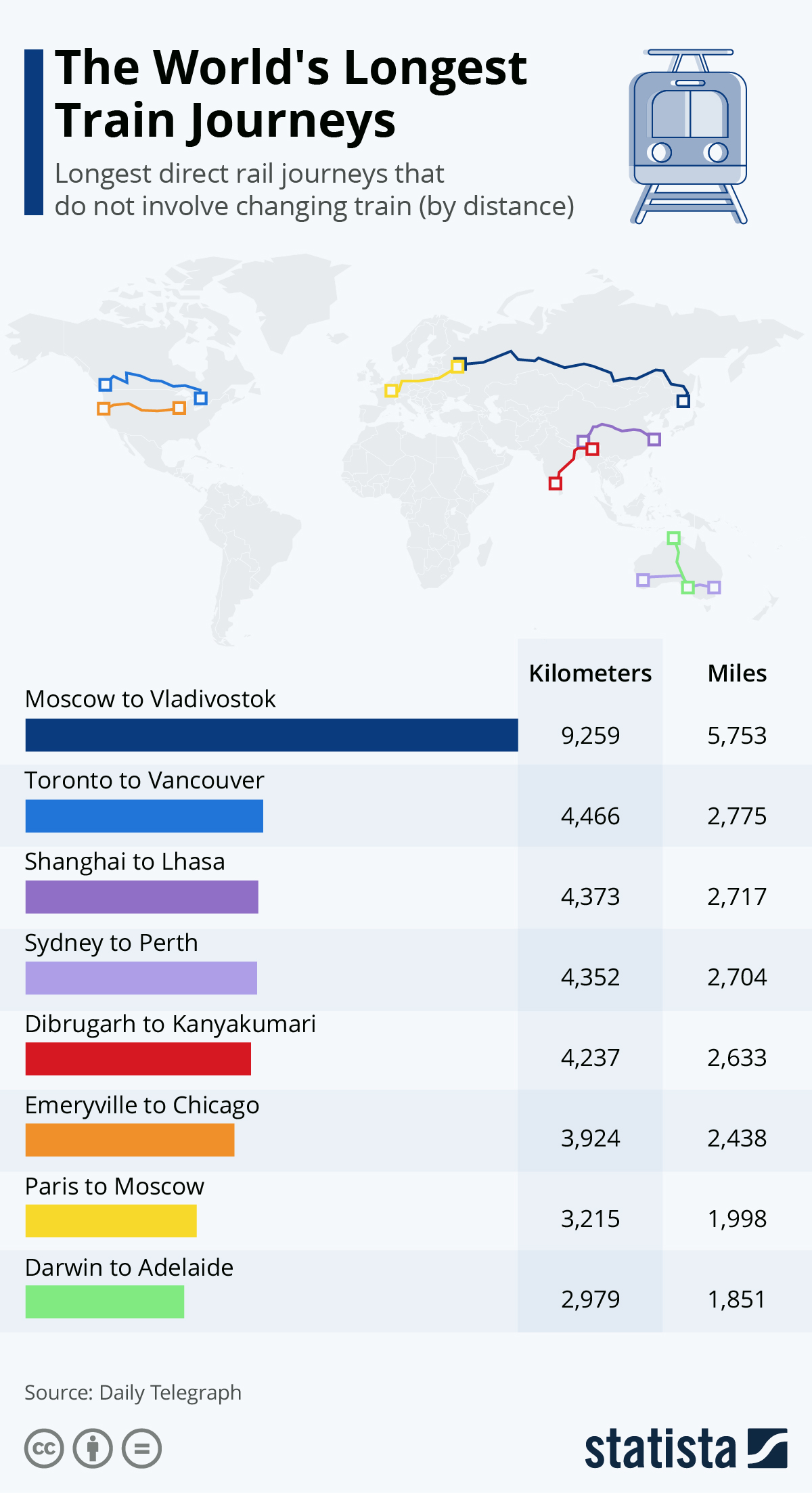 An interesting feature published by The Telegraph took a look at the longest direct rail routes that do not involve changing train.

The Trans–Siberian Railway which connects Moscow with the Russian far east is still the world's longest direct rail route, running for 9,259 kilometers or 5,753 miles. The journey passes through the Ural Mountains, Siberia's birch forests and Lake Baikal, taking six days according to The Telegraph.

The second-longest route without changing can be found in Canada with the journey from Toronto to Vancouver covering 4,466 kilometers or 2,775 miles. Third place goes to China where the stretch between Shanghai and Lhasa covers 4,373 kilometers of 2,717 miles.