Beekeeping is an ancient cultural practice that dates back 9,000 years and has recently seen a resurgence in popularity over concerns about biodiversity and food security. Taking a long-term look at beekeeping trends in world regions, however, as Statista's Katharina Buchholz notes, it becomes apparent that one continent  - Europe - has suffered from a decline in beekeeping that has not been made up by the recent frenzy around one of the smallest domesticated animals. 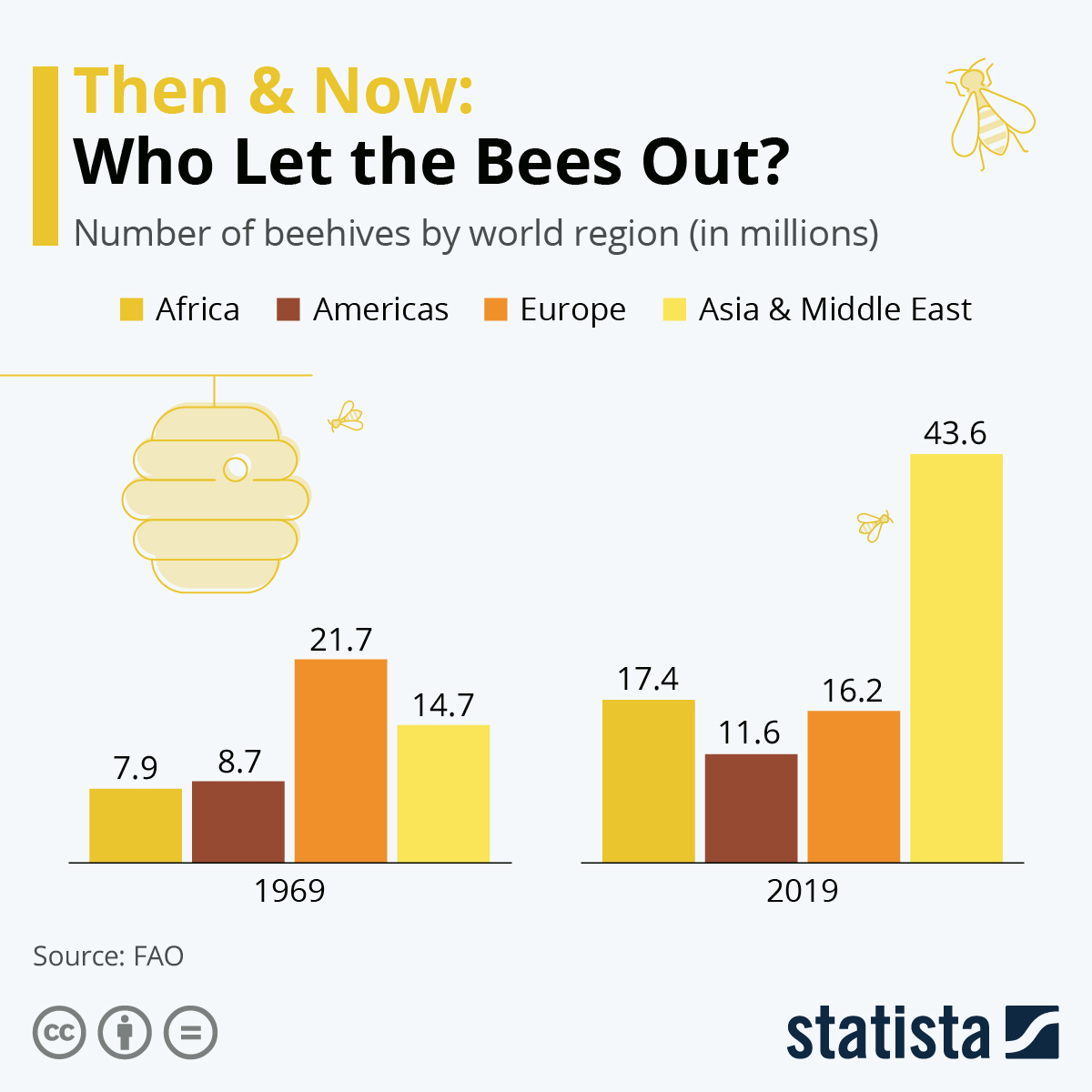 Social and economic changes in Europe’s rural regions and the difficulty in fighting off deadly diseases that befall bee colonies have been named as reasons for the decline in European beekeeping. Both wild and domesticated bees are important pollinators for crops, including food crops. Wild populations have equally been in decline around the world as insects as a whole suffer from pesticide use and habitat destruction. Even domesticated honeybees can be a factor in wild bee decline as they compete with wild bees over food.

In Asia and the Middle East, on the other hand, beekeeping has been growing majorly.

According to data by the FAO, the number of beehives in the region tripled in the past 50 years. 70 percent of the increase can be attributed to four countries: India, China, Turkey and Iran. While India and China added 4 million and 5 million hives, respectively, 6 million were added in Turkey and 7 million were added in Iran despite the latter two countries’ smaller populations.