Americans are split on whether to trust news media with information regarding the coronavirus outbreak, according to a new poll.

As Statista's Willem Roper notes, a joint poll conducted by NPR, PBS NewsHour and Marist, shows that 47 percent of U.S. adults responded by saying “not very much” or “not at all” when asked how much they trusted news media with coronavirus information.

Unsurprisingly, Americans views on the news media were split along partisan lines. For Democrats, only 33 percent said they had little to no trust in the news media. Republicans, however, responded at a substantial 60 percent on their lack of confidence in the news media handling coronavirus information. Independents were equally high in their skepticism at 47 percent 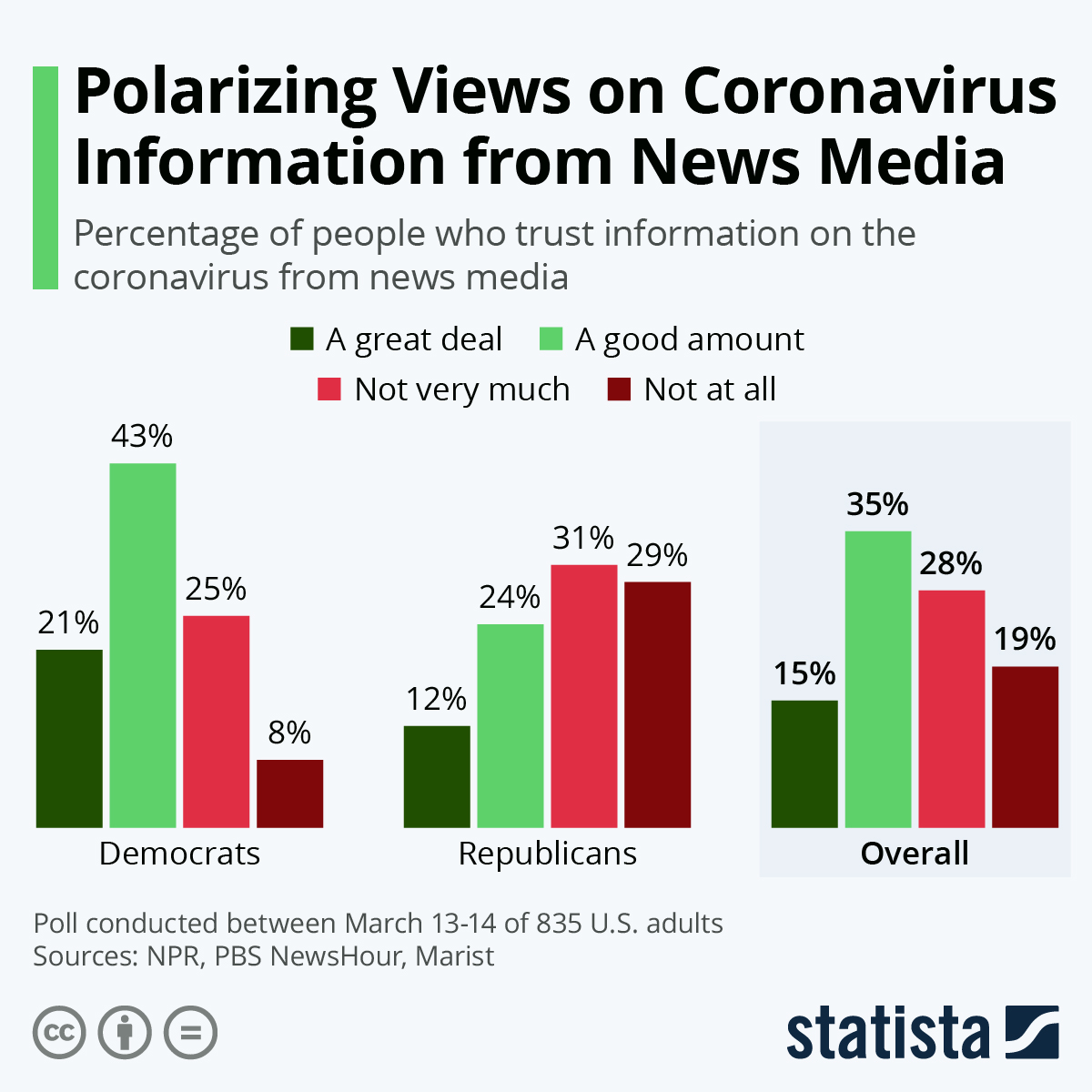 Democrats and Republicans have been pointing fingers at news organizations since the coronavirus outbreak began to reach the U.S. Some Republicans believed liberal-leaning news outlets were blowing the outbreak out of proportion to damage the presidency and economy, while some Democrats believed conservative-leaning outlets were endangering American lives by not taking the outbreak seriously enough.