Russia and Turkey had the highest incarceration rates of the Council of Europe in 2021, according to the organization’s Annual Penal Statistics on Prison Populations. 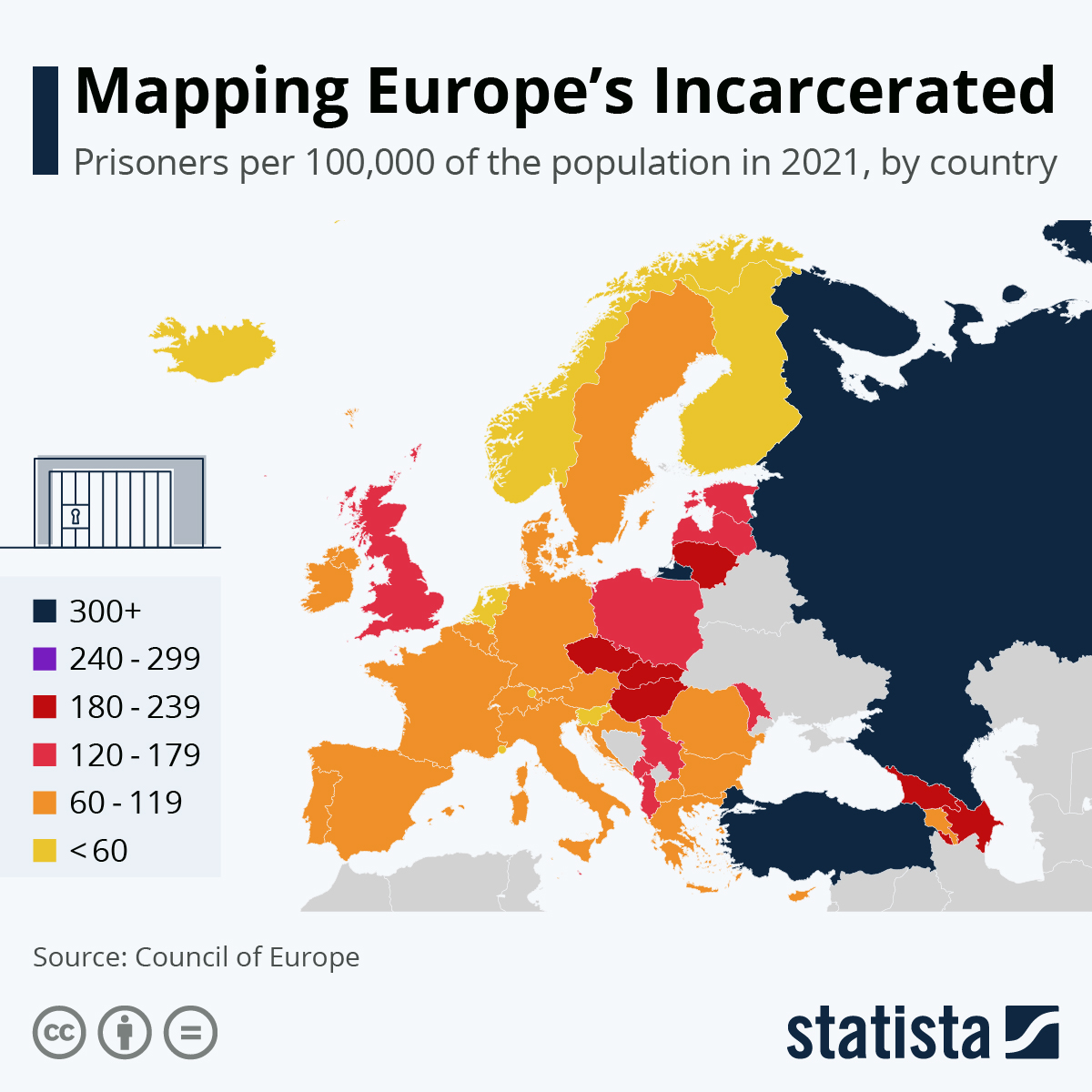 Scotland, England and Wales also had fairly high rates of incarceration, coming out well above the 102 median average of European countries, with 135 and 132, respectively.

Liechtenstein and Monaco represented the least incarcerated countries per 100,000 population, with 31 and 33, respectively.

According to the Council of Europe, Europe saw its prison population fall between 2020 and 2021.

This has been attributed to delays and the slowing down of the judicial systems through the pandemic, as well as the release schemes used in some countries to prevent or reduce the spread of Covid-19.

For this reason, the decline is expected to be temporary, with reports already emerging of figures climbing once more.