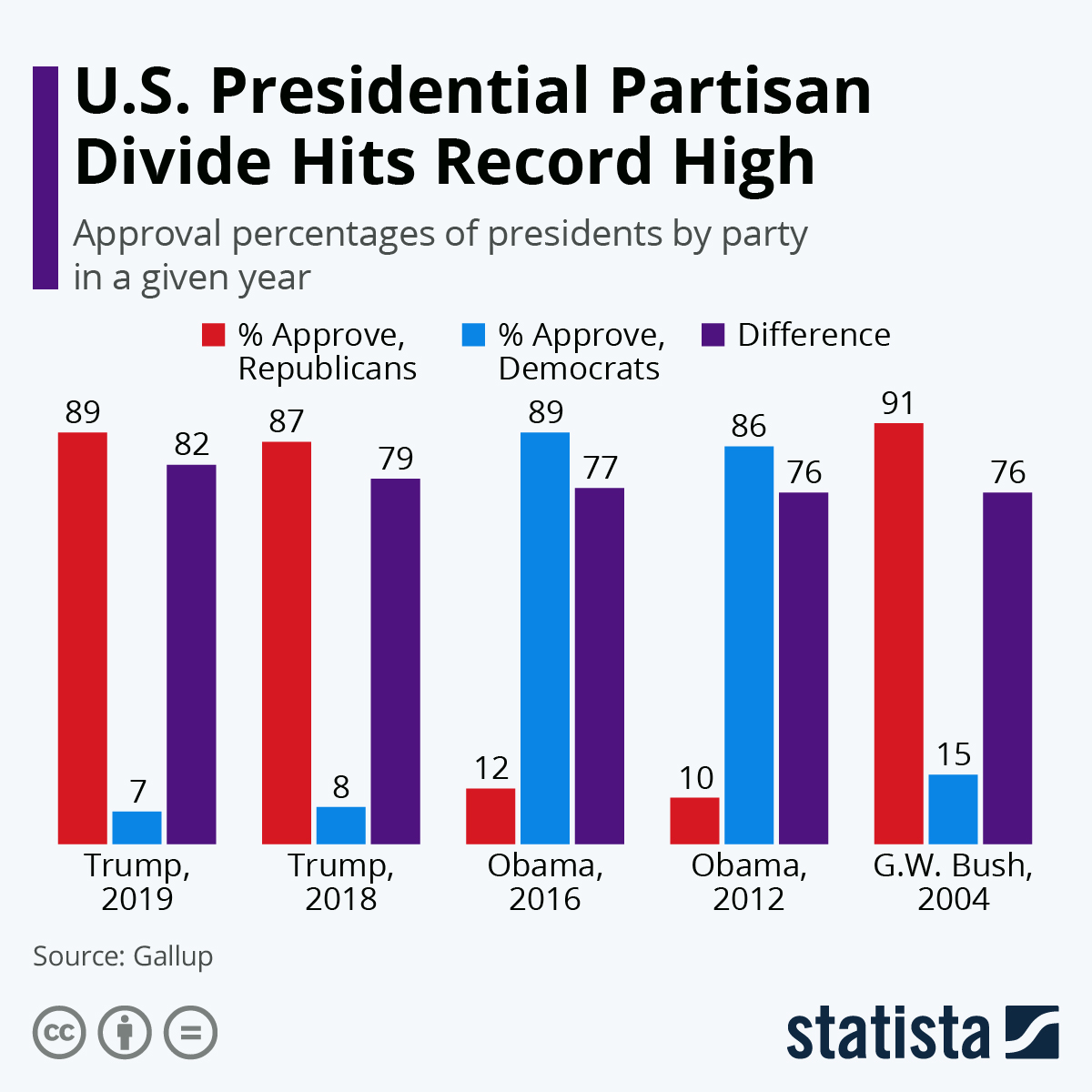 The new record in polarization beats Trump’s 2018 partisan approval gap by three points, with other scores from former President Obama’s 2012 and 2016 years and George W. Bush in 2004 rounding out the top five.

There’s no question Trump’s latest partisan divide is greatly influenced by his ongoing impeachment trial, which began in the Senate on Tuesday. Those in favor of impeaching Trump fall almost exactly in line with his approval ratings, with 89 percent of Democrats and only 8 percent of Republicans believing he should be removed from office, according to a recent CNN poll.

The approval rating divide highlights a decades-long trend in increasing polarization. George W. Bush and Bill Clinton each averaged approval ratings from the opposite party of 23 percent and 27 percent, respectively, which were both the first time in modern history a president had under 30 percent. Barack Obama averaged 13 percent among Republicans, making him the first to average under 20 percent. Now, Donald Trump has averaged just under 8 percent among Democrats in his first three years, which would make him the first president under 10 percent approval rating with the opposition party.

As Jonathan Turley notes, this leaves us in truly uncharted territory that defies conventional political analysis. Indeed, that may be the most lasting legacy of this president in reframing our political equations and understandings.