According to a new report put out by the International Energy Agency, the demand for some minerals will skyrocket by 2040 as the world transitions towards clean energy technologies.

Lithium was the most affected, with clean energy technologies alone expected to fill up between 74 and 92 percent of global demand by 2040. Cobalt and nickel demand will be bracing for a similar scenario. Between 40 and 70 percent of extracted cobalt could go towards renewable energy goals in 2040, as could between 30 and 60 percent of nickel. 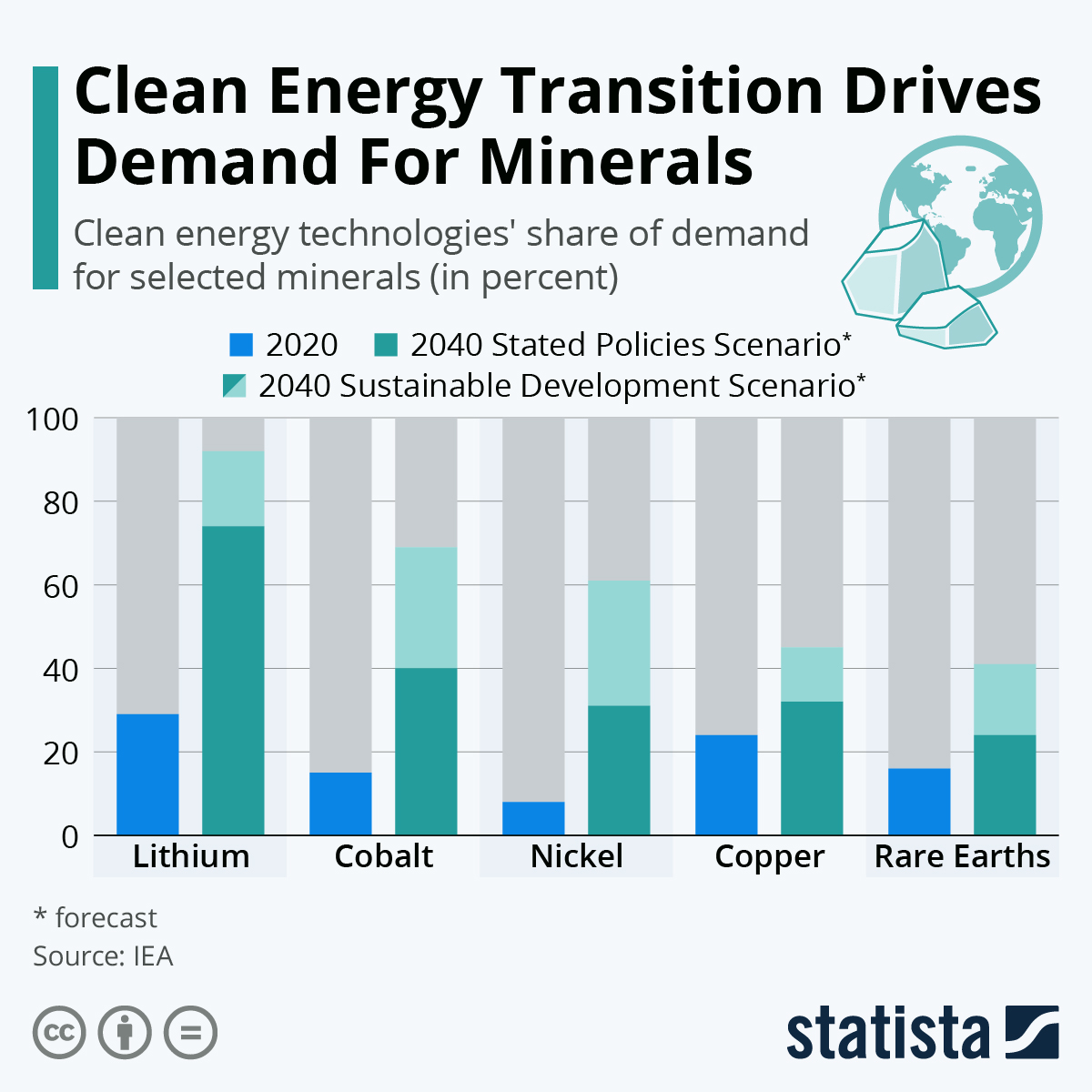 Translated into absolute numbers, as Statista's Katharina Buchholz notes, the increased demand for crucial minerals in renewable energy would require deliveries to the sector to double or even quadruple. While demand stood at 7 million tons in the sector in 2020, it is expected to rise to between 15 and 27 million tons depending on the speed of sustainable development. To reach a net-zero energy future by 2050, the sector would even devour 43 million tons of minerals in 2040 – six times the current amount.

Minerals in renewable energy are often associated with electric vehicles and battery storage, even though renewable electricity generation currently has a way larger demand, especially for copper, zinc and silicon used in wind turbines and solar panels. Moving closer to clean energy goals, however, EVs and batteries are expected to start taking up an equally large part of demand and even surpass electricity generation in case the world moves towards a net zero future. The subsector is especially hungry for lithium, copper, nickel and graphite.

While the market for some of these minerals is bound to diversify in the clean energy revolution, many of them currently rely on very few producers. According to the IEA, almost 70 percent of cobalt came out of the Democratic Republic of the Congo in 2019, while around 60 percent of rare earths and graphite originated in China. For nickel, only three countries produced more than half of global output: Indonesia (33 percent), the Philippines (12 percent) and Russia (11 percent).