"We raise our 2022 S&P 500 buyback forecast to $1 trillion, representing growth of +12% (vs. +8% previously). Our forecast is partly driven by the strong backlog of authorization" 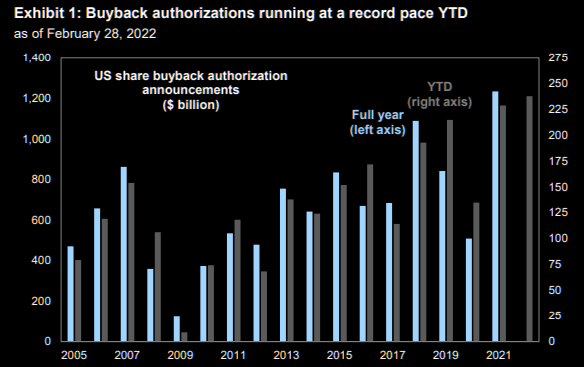 An update from the buyback desk

"The GS Buyback Trading Desk observes that the breadth of repurchase activity in 2022 stands near a historic high, with the number of active programs double the typical amount. Roughly 25% of buybacks are executed on a discretionary basis compared with 75% algorithmic. Total authorizations have already totaled $238 billion YTD, a record high at this point in the year. Industrials has accounted for 25% of YTD authorizations, led by a $24 billion announcement from Union Pacific (UNP). Stocks spending the most on buybacks have outperformed the S&P 500 since early December. Our Buyback basket has returned +2% since December 1 compared with -3% for the S&P 500". (GS buyback desk)

After this week’s decline, the level of Treasury yields implies negative GDP growth and would be justified if we lowered our growth forecasts by 9%-pts, consistent with the US economy entering a recession No Wheat No Eat

The last time the wheat price catapulted higher like this we got "The Arab Spring". Social stability in the Middle East depends on the wheat price. It is their core staple. Policymakers there should be thinking about this now (Pippa Malmgren). And the time before that we got the 08 recession

However, the sector failed to keep pace with the commodities’ climb, with a growing number of generalists grumbling that it’s getting tougher to chase these charts… 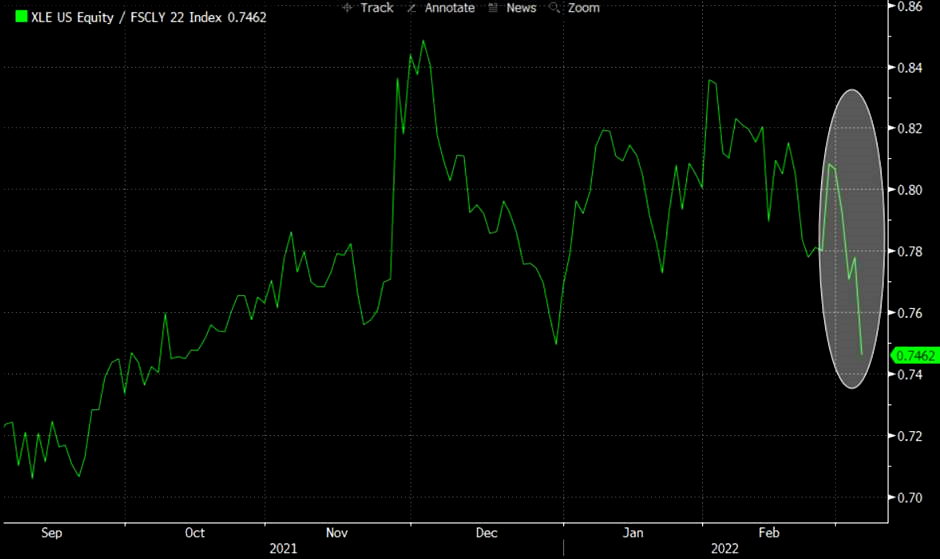 Energy sector valuations in absolute terms are close to lows. Consensus estimates for FCF imply that the sector is already yielding 12% 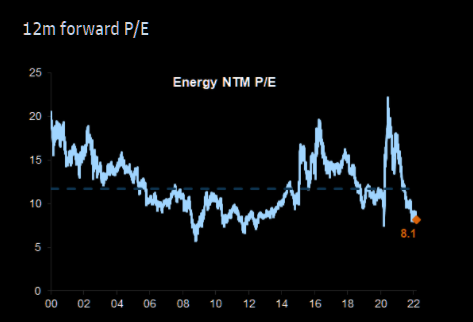 I Drink Your Milkshake

The ratio of the S&P 500 Tech to Energy sector has been cut in half over the last 4 months. 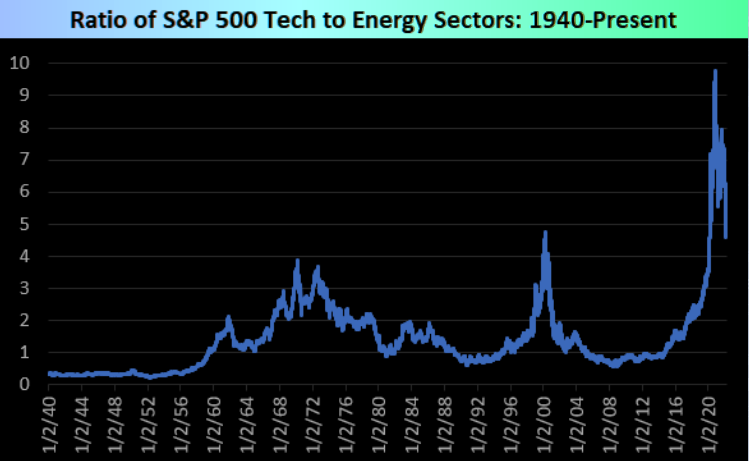 The GS Sentiment Indicator measures stock positioning across retail, institutional, and foreign investors versus the past 12 months. Readings below -1.0 or above +1.0 indicate extreme positions that are significant in predicting future returns 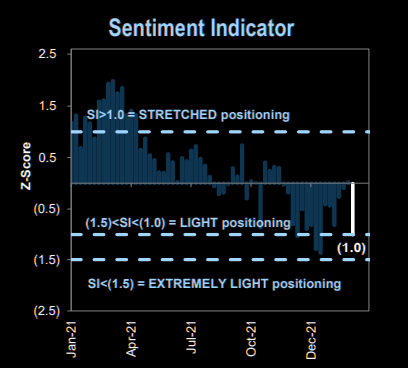