The problem with guys like me (and hundreds of others) who write/talk about markets is that if any of us really had a lock on the future the last thing we would be doing was writing about it. We would be trading it and getting rich.

At the end of last week I wrote that the dollar would be on the weak side for the balance of the month. That the bad news from the US would trump the bad news elsewhere. That proved to be a dumb idea. Having been humbled once again, I looked at the screens and confided to myself that I really could not make a compelling case on either side of the bond, stock or currency markets. So I sought out the thoughts of a friend who actually buys and sells paper for a living. He does not write about it. He just does it. His thoughts:

We’re digging an ever deeper hole here, the EU problems have not gone away by any means. And after I saw the amount of sov debt the European banks own, I have conviction the EURUSD rally is a headfake. Those banks will go down as they are forced to take the haircuts on the sov debt… unlike in the US, where the gov’t could borrow to bail out the losses on private securitized debt, the Euro banks’ ‘toxic problem’ is the gov’t debt itself… it’s a tight closed loop… or spiral, as it were…

Stocks are nearly out of accounting tricks, imo…. The final demand is not there and won’t be. Trading on fwd P/E when the ‘E’ is pure fantasy will not end well. Everyone seems to say “stocks have gone nowhere in 10 years” as the ultimate sign of how poor stocks have done…. actually S&P is down over 25% in the last 10yrs. And it continues as we de-lever.

If we think fund flows into bonds / out of stocks are significant now, just wait til we get another big leg down in stocks this fall… I think we see banks (and individuals to a lesser, but significant degree) go all in UST… every day there’s less and less hi-quality, non-UST bonds – eventually, if it has not already happened, the yield premium for taking incremental risk in high-grade f/i over USTs withers to a level that is not meaningful, and the UST bid from banks and mom/pop begins, and then feeds itself… the proverbial towel will be thrown in.

We sell a lot of product to banks. Community banks used to own a large amount of USTs outstanding – today they own almost nothing – but that is beginning to change. From a bank portfolio perspective, you’re just not getting ‘paid’ to try to outsmart the market in anymore… (the one exception is the non-agcy mbs mrkt, but they are not making those anymore; it’s dying…) GSE MBS is rife with headline/pre-pay risk from executed and potential gov’t ‘fix’ programs/experiments – it used to be that the ‘base-case’ scenario in GSE MBS was the ‘worst-case’… today it’s the ‘best-case’ and if the stars don’t line up, you can get SMOKED. Just ask holders on GSE MBS that saw 70-80% cpr during the buy-out months this spring and summer… and for taking on this ‘the rules can change at anytime’ risk on your massively negatively convex portfolio, you’re barely getting paid 1% over UST… risk >>> reward… look at it this way: in a GSE ‘modification’ or ‘principal reduction’ or whatever program, the investor receiving immediate par back on mbs holdings with a $108 book price is a BIG hit – 8 points will take 3-4yrs to recoup at today’s rates…

My fear was that a potential big QE2 would give another huge leg up in stocks etc and drag this out…. But over the last 3-4 weeks, it’s amazing the sentiment change – I think the market sees straight thru another QE program and says “oh shit – it’s as bad as we feared”….

I’ve said since many months back 2.25% 10y and 7000 DOW by 12/31…. My only change from that thought is that the trend continues in 2011 – and we see 1%-handle 10yr and 2%-handle 30yr at some point. And yea, I’m aware that we are building a fiscal hole we’ll probably never get out of – and we’ll deal with the huge consequences of that down the line, no doubt… but for now, the US situation is the worst, except for all the others. 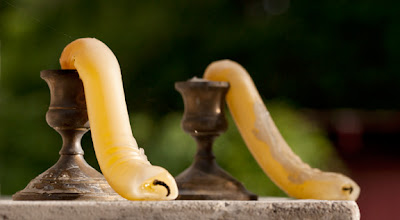