Elliott, of PSW’s Stock World Weekly, and I began a series of interviews with Lee Adler, chief editor and market analyst at the Wall Street Examiner, on May 11, 2011. This is part 2. Lee's Wall Street Examiner is a unique, comprehensive investment newsletter that covers subjects such as the Fed’s open market operations, the impact of the Fed and the US Treasury on the markets, the housing market, and investment strategies. We often cite Lee’s analysis in Stock World Weekly and on Phil’s Stock World--his research provides invaluable information for formulating an overall market outlook.

(Here's part 1 of our interview: The Blinking Idiot & the Banking System) 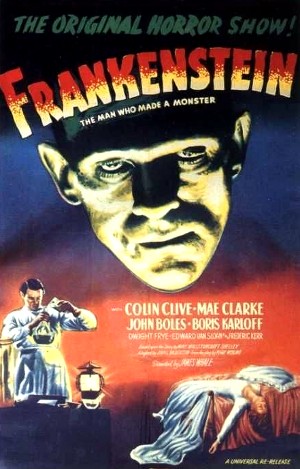 Elliott: How should we invest in this environment - when we take into account the Fed’s huge interference in the markets?

Lee: Think like a criminal. Look, it’s a matter of knowing what the Fed’s next move is going to be, and knowing the investment implications.  You have to stay with the trend until the Fed sends signals that it is going to reverse. We’re at that inflection point. The issue is how much front running will there be? You definitely have to be out of your longs by now. When support fails after having succeeded, succeeded, succeeded, and every other previous retracement has held, then suddenly one doesn’t, it’s a huge signal.

Ilene: What in the Fed’s creation gives it the power to manipulate the stock market? That wasn’t one of its dual mandates (maximum employment and price stability). Isn’t that beyond its scope?

Lee: Of course, but QE2 was a direct manipulation of the stock market.

Ilene: So the Fed knew the money they gave to the Primary Dealers would end up in the stock market. Do they have an agreement with Goldman Sachs, like “hey we’re going to print you this money and we want you to buy stocks?”

Lee: Look, Brian Sack, the head trader for the Fed, sits down with the Primary Dealer traders every morning before the NY markets open, and they have a conference call. Every morning. The Fed makes no secret of this, it’s all on the NY Fed website, the “Fed points.” They describe the whole thing. They discuss the dealers’ “positions and what their financing needs are”, but that’s code. The Fed decides what it wants, and the PDs execute the Fed’s wishes. So while government securities are usually the Fed’s focus, the dealers can trade whatever they want. Bernanke made it absolutely clear that stocks were his focus in that November 4 editorial in the Washington post.

Ilene: Even though manipulating stocks is not a legitimate focus of the Fed?

The Fed does not control what the dealers do with the money, they can only make their wishes clear. The Fed can make it difficult for the dealers, and now they are, because they finally got fed up with the commodity speculation. But the Fed does not control what Goldman Sachs does completely. In fact, it might be the other way around. There’s clearly collusion, it’s no secret.

Ilene: Why doesn’t anyone do anything to stop this?

Lee: Well, most of the FOMC members want stock prices higher. They believe the trickle down theory crap. They want to inflate, so it costs less to service our debt. But the kind of inflation we have is devastating. It impoverishes the middle class and makes the middle class unable to pay its debts to the banking system, which is a time bomb in itself.

The banks are not increasing their loss reserves at all. They’re shrinking their reserves so they can show profits when they should be going in the other direction because the ability of the public to service the debt is decreasing.

The Fed gets into these post-hoc crisis management modes where they will make another huge blunder. QE2 was a massive blunder. It did not achieve its desired goal. It got stock prices up but it didn’t get the economy turned around, and it made inflation much worse. They fucked up and the blunder will only be recognized after the fact. Mainstream media won’t get it until after the stock market collapses. By then it’s too late. But the blunder won’t be manifest till stock prices collapse, and then everyone will recognize what a damn idiot Bernanke is.

And now they’re going to sacrifice the stock market, because another problem is that they can’t afford to allow long-term bond yields to go up. The government can’t afford higher interest rates. They will sacrifice the stock market at the alter of the Treasury market. They will do whatever they can to support Treasury prices at high levels. That means they’ll force the liquidation of stocks, and once the wave of liquidation hits the stock market, the knee jerk reaction is for the money to flow towards Treasuries. Someday that’s not going to work, and I think that day may be coming pretty soon.

Ilene: What do you think about Bill Gross shorting Treasuries, is that going to work out for him?

Lee: William the Gross. Watch what he does, not what he says. The guy is a world class card player. For any public pronouncement he makes, generally, you have to consider the opposite. Think like a criminal. He’s the Godfather. When Gross comes on TV, I hear the Godfather music playing in the background. His track record of public pronouncements isn’t very good, yet he consistently makes more money than anyone else trading the bond market, so obviously you can’t be wrong all the time and make money all the time.

Lee: If he’s making a pronouncement on CNBC, he probably has another reason for saying what’s he’s saying other than what it appears to be. He’s got a direct pipeline to the Fed. The Fed sends these coded messages. It’s not that hard to figure out by watching the data. The massive spike in bank reserve deposits at the Fed, starting right after the January Fed meeting, means something is happening there.

Ilene: You’ve concluded this game is going to stop in June?

Lee: Well, I always figured it would because commodity prices were getting out of control. The more Bernanke denied it, the more troubling it seemed he knew it was. It’s the old “[he] doth protest too much, methinks.”  Every time Bernanke claimed the inflation was transitory, the more clear it became that he knew it was a serious problem. But they didn’t do anything about till recently.

Ilene: So what is going to happen with the stock market? Will it sell off as QE ends? At what point will the Fed start a QE3 to stop the stock market from dropping - would it let stocks drop 10%, 20%...?

Lee: Oh yeah. The Fed’s job one is to preserve the Treasury market. With this enormous mountain of debt which the government is on the hook for, they can’t afford to pay 5% interest, or even 4%. They can’t afford any increase in Treasury yields. So, if necessary, they’re going to force a liquidation of stocks and spark a “flight to safety” panic again, as they did in 2008. Then, they needed to get the yields down, and they were also thinking it would help the housing market.

Ilene: But it didn’t really get to the housing market.

Lee: The problem in the housing market had nothing to do with mortgage rates but they didn’t understand that. It’s amazing how when you put all these smart people together how stupid they can be. It’s the problem with group think. When the FOMC gets together, it’s like having all these geniuses in the room coming up with idiotic decisions. They all have the same motivation - to become the next Fed Chairman. The way to do that is to comply with the mad scientist running the show. Bernanke’s whole life has been an ongoing doctoral dissertation in which he tries one experiment after another, based on the crap he wrote when working on his PhD.

The problem we’re experiencing now is that the system is imploding. It’s a slow motion implosion.

Elliott: When QE2 ends in June, will the pain of that ending be extreme enough cause the Fed to resume some form of QE3?

Lee: Yep. I don’t think it will take long.  We’re in bad shape, as bad as Greece. The only way we can pay our bills is if other countries and investors continue to lend us $100 Billion every month, and that could jump to $150 Billion a month in the summer. So we can’t pay our bills unless people lend us more money. That’s not paying bills. That’s creating a bigger problem.

Stay up to date with the machinations of the Fed, Treasury, Primary Dealers and foreign central banks in the US market, and get regular updates on the US housing market in the Wall Professional Edition, Money Liquidity, and Real Estate Package - information essential for understanding where the markets and the US economy are headed. Click this link to try WSE’s Professional Edition risk free for 30 days!