David Stevens the boss at FHA made some comments today that caught my eye. The full story here. Some highlights:

On the status of the US mortgage market:

“This is a market purely on life support, sustained by the federal government.”

FHA is now doing more business than both Fannie and Freddie. The reason is FHA is still offering 3.5% down payment mortgages. Mr. Stevens thoughts on this:

“Having FHA do this much volume is a sign of a very sick system.”

On the status of FHA’s “book”:

"FHA has been taking steps to shore up its program after being left with “terrible portfolios” from 2007 and 2008."

The FHA, Fan and Fred now account for 90% of U.S. home lending. Stevens is right, the system is sick. An obvious way to decrease the percentage of the federal involvement in the mortgage market is for the Feds to stop lending money on terms the private sector would not. An easy way to achieve this is to reduce the geographic lending limits for all the D.C. lenders to where they were in 2007-08, that was about $417k. That number was goosed up to over $700k for a number of areas in 2009.

The good news is that the vast majority of states, towns and cities in the country will not be impacted. Their limits are already less than $417,000. The bad news is that the major metro areas will be hard hit. The following cities could see a drop in federal lending by as much as $300,000.

“They” are going to have to do something. It is not sustainable for the federal government to be 90% of the market. The head of the FHA has said so. Cutting the limits is an easy way to do it. Possibly a RE play is to barbell the country. Go long Chicago and Dallas and short both coasts. If that is too complicated, just go short.

Note:
There are some areas where federal lending limits are “silly” high. To me it looks like a subsidy for rich people. When the limits are considered I would be surprised if there were not some adjustments. Key West, Nantucket and damn near every ski resort town in Colorado, Utah and Wyoming are over $700k, more than 3xs the national average. Possibly some additional short “fodder”. 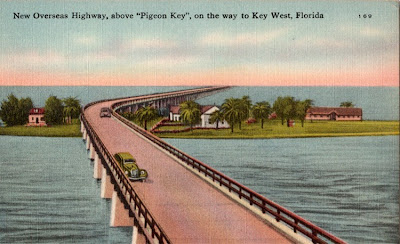