Dennis Kucinich finally shows the world why the Left is also against the Federal Reserve, gains support of Tea Party activist? 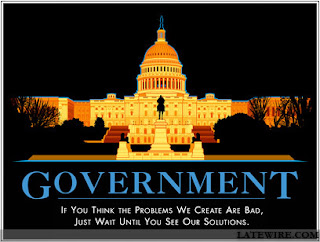 I have always mused and wondered out loud about the peculiar alliance between the likes of Ron Paul - a small government sound money advocate and people like Alan Grayson and Bernie Sanders who are admitted socialists.  What is it about these two completely polarizing political viewpoints that brought them together to fight the Fed?  In fact, I was utterly shocked that some libertarians mourned the defeat of Alan Grayson this past November citing his defeat as a loss in the battle against the Federal Reserve.

At the time my speculation was rather simple.  Socialists resent the Federal Reserve just as much as we do, however for entirely different reasons.  We resent the Fed for several basic reasons.  The Federal Reserve is a monopoly and controls the supply of money.  It centrally plans interest rates and has a flawed mandate to create full employment which is an illogical desire - because employment should always be liquid.  Finally the Federal Reserve has a mandate of steady inflation which erodes the value of the money we hold and crushes savings bringing about a 95% decrease in the value of the dollar since the Federal Reserve's inception.  Leftists like Grayson, Sanders and Kucinich hate the Fed because it is a private bank and usurps the power of Congress.  I concede that this is indeed a problem as the Federal Reserve actually controls more of the US budget than Congress and does so through unelected officials!   Yet the solution to our fiscal woes is to return to sound money and to break down the monopoly, something the Left will surely balk at.  Indeed, here comes a proposal from Rep. Dennis Kucinich that finally confirms my speculation.

Read full bill at Kucinich's website, which he cleverly and so predictably in true liberal fashion dubs "the National Emergency Employment Defense Act of 2010".


There you have it folks.  Dennis wants the power of the Federal Reserve in Congress.  His ambitions are actually quite disturbing because he is also pursuing the flawed concept of full employment, but now he has added even grander ambitions - the one thing that the horrible Federal Reserve prevented Congress from doing - creating money for the purpose of spending it.   Granted with QE2 in full swing it becomes difficult to make that argument, because buying US debt so that the US Government can continue functioning is essentially the same thing, but at least our total debt grows and Americans are still aware of the cost.  With Kucinich's bill this aspect disappears as money will appear whenever Congress wishes it to be so and the value imbued in this money will come through Congress alone - a Chartalist dream come true.

The bill also offers an end to fractional reserve lending, a key inflationary engine where banks lend to other banks at a fraction thereby creating mountains of credit on top of a very small amount of money.  On page 40 of the bill, money in deposit institutions must :  be held for the exclusive use of the account holder; and may not be used by a depository institution to fund loans or investments.

Yeah, that can work when the exclusive lending power now falls to Congress!  Ironically, there are two ways to stop fractional reserve lending.  One is to use sound money and prohibit paper from being pyramided on top of the sound money much like it was done in the 1800s in America (and for 20 years under the Federal Reserve) and the other way is for Government to take over lending.   Indeed on page 11, the bill explicitly calls for:

To enable the Federal Government to invest  or lend new money into circulation as authorized by Congress and to provide means for public investment  in capital infrastructure.

So not only will the Government take over lending as a whole, but they will do so for what they dub to be 'good investment' or infrastructure!  A central planner's dream come true.

This bill also has the support of blogger Karl Denninger a Tea Party activist from Florida, who in my opinion seriously undermines his credibility by not only defending the bill out of principle, but also on a Constitutional basis!

But it would be a monstrous improvement over what we have now, and I will remind Mush that in point of fact we had Colonial Script some rather long time ago, and further, there is nothing in The Constitution that prohibits the Federal Government from issuing and fixing the value of fiat currency.  In fact, such is explicitly contemplated and expected by The Constitution.

Bigger nonsense cannot be found.  Now unless Dennis Kucinich proposes a return to the gold standard, the entire bill fails along Constitutional grounds and in fact, this is the very reason the Federal Reserve exists!!  The Fed has the power to create fiat money BECAUSE it is a private institution, Congress could never do it and if they could - there would have been no Fed in the first place.   There are two clauses in the Constitution that completely disprove Karl's notions.  There is also the history of the Continental which saw America's first paper currency go up in smoke due to inflation.

Keep in mind, anything not specifically enumerated in the Constitution is not allowed.

[The Congress shall] To coin Money, regulate the Value thereof, and of foreign Coin, and fix the Standard of Weights and Measures;

As you can plainly see, Congress has the power to create coins or regulate other coins and ensure standards in weight.  Nothing about paper here.  In fact, they go on and in Article Section 10 state:

No State shall enter into any Treaty, Alliance, or Confederation; grant Letters of Marque and Reprisal; coin Money; emit Bills of Credit; make any Thing but gold and silver Coin a Tender in Payment of Debts; pass any Bill of Attainder, ex post facto Law, or Law impairing the Obligation of Contracts, or grant any Title of Nobility.


Which explicitly bans paper money on a State level or what they call Bills of Credit and in fact go on and actually demand that payment of taxes be performed in coin. In fact one could aptly call today's dollars Bills of Credit. So by not enumerating the power to create paper money for the Federal Government, while explicitly banning paper money on a State level the Constitution packs a 1-2 punch that flat out destroys paper money and insists on money as something that has tangible value. Does that make me a gold bug? Not at all, use whatever you want for money, just make sure it has value because as long as money has value then no institution (Fed, Congress) can make it out of thin air.

Yet Karl insists that this bill is exactly what the country needs because it promises to be neither inflationary or deflationary. His faith comes from page 26 of the Bill:

GOVERNING PRINCIPLE OF MONETARY POLICY. The Monetary Authority shall pursue a monetary policy based on the governing principle that the supply of money in circulation should not become inflationary nor deflationary in and of itself, but will be sufficient to allow goods and services to move freely in trade in a balanced manner.
The Monetary Authority shall maintain long run growth of the monetary and credit aggregates commensurate with the economy’s long run potential to increase production, so as to promote effectively the goals of maximum employment, stable prices, and moderate longterm interest rates.

Oh ok, so because Congress promises to make sure that the supply of money and prices remains stable then instability will not happen? If they promised us unicorns that crapped skittles within a bill does everyone go out and buy a stable? In fact, Karl dubs this bill 'Delete the Fed' yet the bill creates a new office called The Monetary Authority which will have a chairman and appointed members (10 of them) chosen by the president that will meet on a regular basis and determine the correct supply of money. Whiskey-tango-foxtrot, we already have that and it's called the Board of Governors. Instead of getting rid of the Fed though, Kucinich is going to move the entire reserve system into the executive branch. What a joke.

Essentially this bill takes the Federal Reserve, renames it, makes it part of Congress and moves a private monopoly into a public monopoly. So instead of having the spending habits of Congress show up on the national debt, everything will now quietly happen through the power of Congressional members who can order money creation any time they feel like making an additional investment or building a Bridge to Nowhere.

As one last step before the final takeover, Kucinich plans to eliminate our debt. Sounds lovely does it not? Page 19 describes the process:

Before the effective date, the Secretary shall commence to retire all outstanding instruments of indebtedness of the United States by payment in full of the amount legally due the bearer in United States Money, as such amounts become due.

Elsewhere in the bill, Kucinich introduces a new money, called the United States Money although I suggest we just call it a Zimbabwe Dollar because that is it's destiny and we can save on printing costs. This United States Money will invariably have a conversion rate to the current US Dollar. In order for us to retire about 14 Trillion dollars of private and public debt, imagine for a second just how many new USM notes must be created? What will be the value of these USM notes? What happens to the dollar's reserve status that we enjoy now? Let me answer that for you: a metric ton, value will be non-existent and the one remaining reason why America is protected from hyper-inflation will be wiped out.

Mike Shedlock has also written a summary about this bill and called out Karl Dennginer's support which has now the potential to escalate into a blog war. This prompted Karl to call Mish 'mush' and make wild statements about the Constitution.  Karl also believes that if Ron and Rand Paul are for real than they will support this bill otherwise they are empty suits and fakes.  I will tell you this right now, Ron and Rand will never ever support this bill because it is a hideous and disgusting piece of legislation.

Yes this will will destroy the top banking elite and their easy money access through inflation, but this is no different than what North Korea did to it's currency - a gigantic devaluation of the dollar along with massive takeover by Congress over the last remainings parts of our economy.

This is central planning on steroids and yet a Tea Party activist and well known blogger supports it. I am speechless.