The FDIC announced this morning that they will not be going through with the scheduled increase for deposit insurance for America’s banks. The reason for the roll back in premiums comes as a result of a downward revision of the losses the FDIC faces:

The FDIC has updated its income, loss and reserve ratio estimates and has concluded that expected losses for the period 2010 through 2014 are lower than were projected in June 2010. The FDIC now projects that losses during this period will be $52 billion, rather than $60 billion as projected in June.

What has changed since the June analysis that showed a $60b loss versus the mid October guess of only $52b? How about the foreclosure fraud issue? As of today we have no clue what the impacts will be of this mess. It could be very significant. The stock market has been beating up the stocks of the banks since this story has been on the front page. While the actual impact may be unknown, what is now a certainty is that the banks will have to take additional losses due to the foreclosure disaster. Some of those losses will take some banks into the hands of the FDIC.

There is no way that loss expectations at the FDIC could be reduced in this environment. So what could be the motive for the FDIC to reduce fees at this time? Simple, they wanted to help out their pals, the banks with some additional earnings:

The FDIC has concluded that given the continuing stresses on the earnings of insured depository institutions and the additional time afforded to reach the reserve ratio required by Dodd-Frank, that it will forego the uniform 3 basis point increase in initial assessment rates scheduled to take effect on January 1, 2011.

Is this a big deal? Not really. The FDIC insures $7.6 Trillion of deposits. Three basis points comes to just $2.3b a year. But these savings will be concentrated on the big banks. So it means a few hundred million to BAC, C, JPM, WFC and the other bad boys. These big slugs are doing just fine. They are earning billion thanks to ZIRP. They do not need the extra $300mm the FDIC just gave them.

We are not even close to a point where our financial institutions are truly sound. We have massive losses in front of us from the RE problem. Should we hit an economic wall again (an increasingly likely prospect) the FDIC will be faced with big losses. The taxpayers will foot any shortfall. This has happened in the past with both the FDIC and their sister the National Credit Union Administration. ($30b bailout two months ago!)

We have not learned the lessons from 2008, that or we have forgotten them. I am disappointed in Sheila Bair. She folded to the big banks on this one. 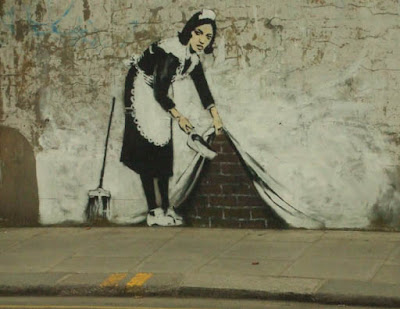