Confirming that in a time of instantaneous crowdsourced information distribution and analysis, any attempt by a government to institute an information blackout of any nature is doomed to failure, is the following amazing Google Earth-based 3D interactive map of Geiger readings from Japan. And if that is not enough, the Pachube community has released an extensive selection of crowd-sourced realtime radiation monitoring tools and widgets, focusing on as many Japanese territories as possible. Shortly we are confident all geographical holes will be filled, and every square mile of the affected territories will be mapped out surpassed the government's "Under Survey" blackout attempts.

Make sure to have the GoogleEarth API set up in advance of checking out the plugin.

Additionally, here is the most recent updated global radioactive fallout per ZAMG. 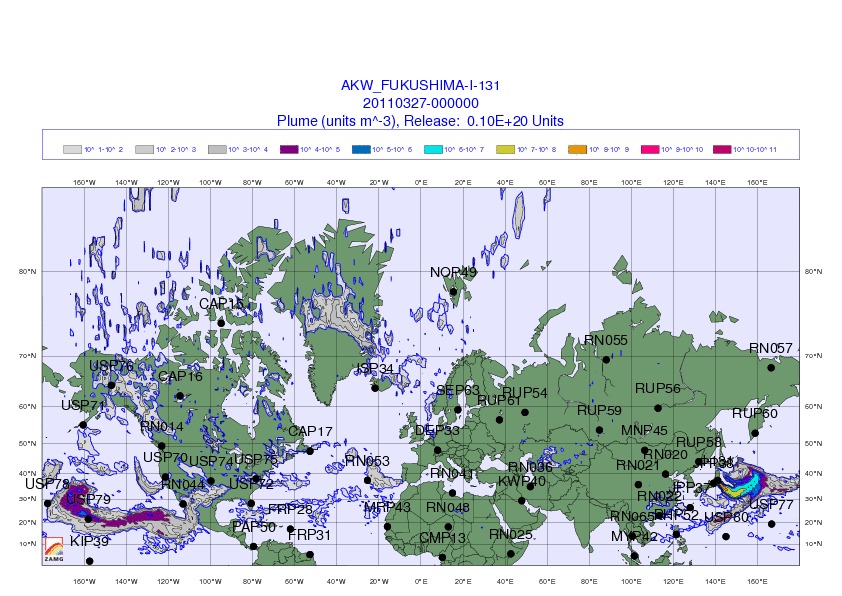 And a complete list of all the available crowdsourced radiation maps, applications and tutorials