That’s how much the price of EVERYTHING has gone up IN AMERICA since Christmas Day, just 6 weeks ago.  This is according to the very reliable Billion Prices Project at MIT, which collects pricing data every day from online retailers using a software that scans the underlying code in public webpages and stores the relevant price information in the database.  The daily online index is an average of individual price changes across multiple categories and retailers that provides real-time information on major inflation trends.

In other words, this is not Bernanke’s BS – THIS IS REALITY FOLKS – and reality is NOT GOOD!  We’re talking parabolic short-term moves that you know and I know and the data shows is absolutely happening. Yet the Chairman of the Federal Reserve Bank of the United States of America tells us over and over and over again that it is not happening.

He tells us that inflation was down in 2010 from 2.4% in 2009 to 1.2% last year and that he sees no inflation. In fact, he is basing his mathematical models on it and directing our nation’s policies on this basis and he is conducting the most dangerous monetary experiment in the history of the Universe – ALL BASED ON HIS PREMISE THAT INFLATION DOES NOT EXIST!

But, what if it does?  What if every other nation on Earth, including now even Japan, who see 3, 4, 6, 8, 12% and 20% inflation are not wrong and it is, in fact, Ben Bernanke who is wrong.  I would not be as worried if The Bernank got on TV and said:  Inflation is heading up to double digits, which is our plan but that’s not at all what he’s saying.  This means either the Chairman of the Federal Reserver is either lying right to our Congresspeople’s faces, under oath, or that he is a clueless policymaker with his finger on the button of a weapon that can wipe out the wealth of nations – that can kill tens of millions of people through starvation and can just as easily wipe out everything the American people have worked to save their entire lives.  Crazy or lying – take your choice…

"Wait," you might say – "If Ben Bernanke is that wrong about inflation, wouldn’t there be some other hard evidence?" How about racking up $76Bn worth of losses in the 3 month-old POMO program already? Yes, that’s right,  in just 90 days the Fed has racked up $76Bn in losses on existing and new Treasury, Agency and MBS purchases, according to Zero Hedge.  "Gosh that sounds like a lot of money," you might be inclined to say. Don’t worry about it, it’s not going to be the Fed’s problem – it will be yours.  As Dr. Bernanke testified last week: "At the appropriate time, the Federal Reserve will normalize its balance sheet by selling these assets back into the market."

As noted by ZH: "The Treasury is borrowing from the Fed, which, when it loses money on those loans, will then borrow from the Treasury, which will probably still be borrowing from the Fed" so this can go on for quite some time and "all" it does is add to the National Debt that you, your children and your grandchildren will be saddled with for the rest of their lives.

Inflation is certainly creeping into our budget deficit, which is coming in at a whopping $1.65Tn for 2011, and amount that will equal (assuming GDP growth is 3.6%) 10.9% of our Nation’s Gross Domestic Product. Overall, the Government which collected less than $300Bn in Corporate Taxes against that $15,000Bn GDP (less than 1.5%) in 2009.

This isn’t about GE, of course.  When the sum total of all Corporate Taxes collected against $15Tn of goods and services sold in the US is just $200Bn – we should consider ourselves lucky that GE "only" took $1Bn from us.  Just ask DIS, NWS or CBS ($13Bn in sales, $182M in taxes paid) and they will tell you (through the media they control) that, if anything, US tax policy is strangling their ability to prosper.  It’s true!  It must be, because I saw it on TV AND I read it in the Wall Street Journal!

We are playing a game and the game is called "Grand Theft USA" and our country is being stolen from us by Corporations, who use the skills of our people (government education), the health of our people (pay your own health care), the infrastructure of our nation (best in the World and falling apart) and the life savings of our people (top-level borrowing rates kept artificially low through massive Federal devaluing of our currency) while placing the PEOPLE (not the Corporations) of America ever deeper in debt.

Our Multinational Corporations use and use and use and use and pay nothing back.  Despite the fact that many may have had their origins here, they are now nothing more than Global Carpetbaggers. In post Civil War in America, Carpetbagger was the pejorative term for Northern Capitalists (mainly Wall Streeters) who came in post-disaster and politically manipulated and controlled former Confederate states for varying periods for their own financial and power gains. In sum, carpetbaggers were seen as insidious Northern outsiders with questionable objectives meddling in local politics, buying up plantations at fire-sale prices and taking advantage of Southerners.  Gosh, wrap a flag around that and it’s exactly what the multi-nationals are doing to our country now!

By the way, notice how the Mainstream Media has changed the definition of carpetbagger over the years to mean a politician who runs from another district.  In fact, I challenge you to come up with 3 negative phrases that describe Corporate activity.  Come on, you’ve lived long enough – you’ve watched thousands of newscasts, read thousands of pages of newspapers – what are the phrases they use to describe negative corporate behavior?  I know poor people are fat, lazy, illegal, unwashed, unmotivated, uneducated, lying, cheating, scamming, octo-baby producing big losers who suck on the government teat every chance they get but, what are Multi-National Corporations?

The purpose of Newspeak was not only to provide a medium of expression for the world-view and mental habits proper to the devotees of Ingsoc, but to make all other modes of thought impossible. It was intended that when Newspeak had been adopted once and for all and Oldspeak forgotten, a heretical thought—that is, a thought diverging from the principles of Ingsoc—should be literally unthinkable, at least so far as thought is dependent on words. Its vocabulary was so constructed as to give exact and often very subtle expression to every meaning that a Party member could properly wish to express, while excluding all other meanings and also the possibility of arriving at them by indirect methods. This was done partly by the invention of new words, but chiefly by eliminating undesirable words… The vocabulary consisted of words which had been deliberately constructed for political purposes: words, that is to say, which not only had in every case a political implication, but were intended to impose a desirable mental attitude upon the person using them.  - George Orwell, 1984 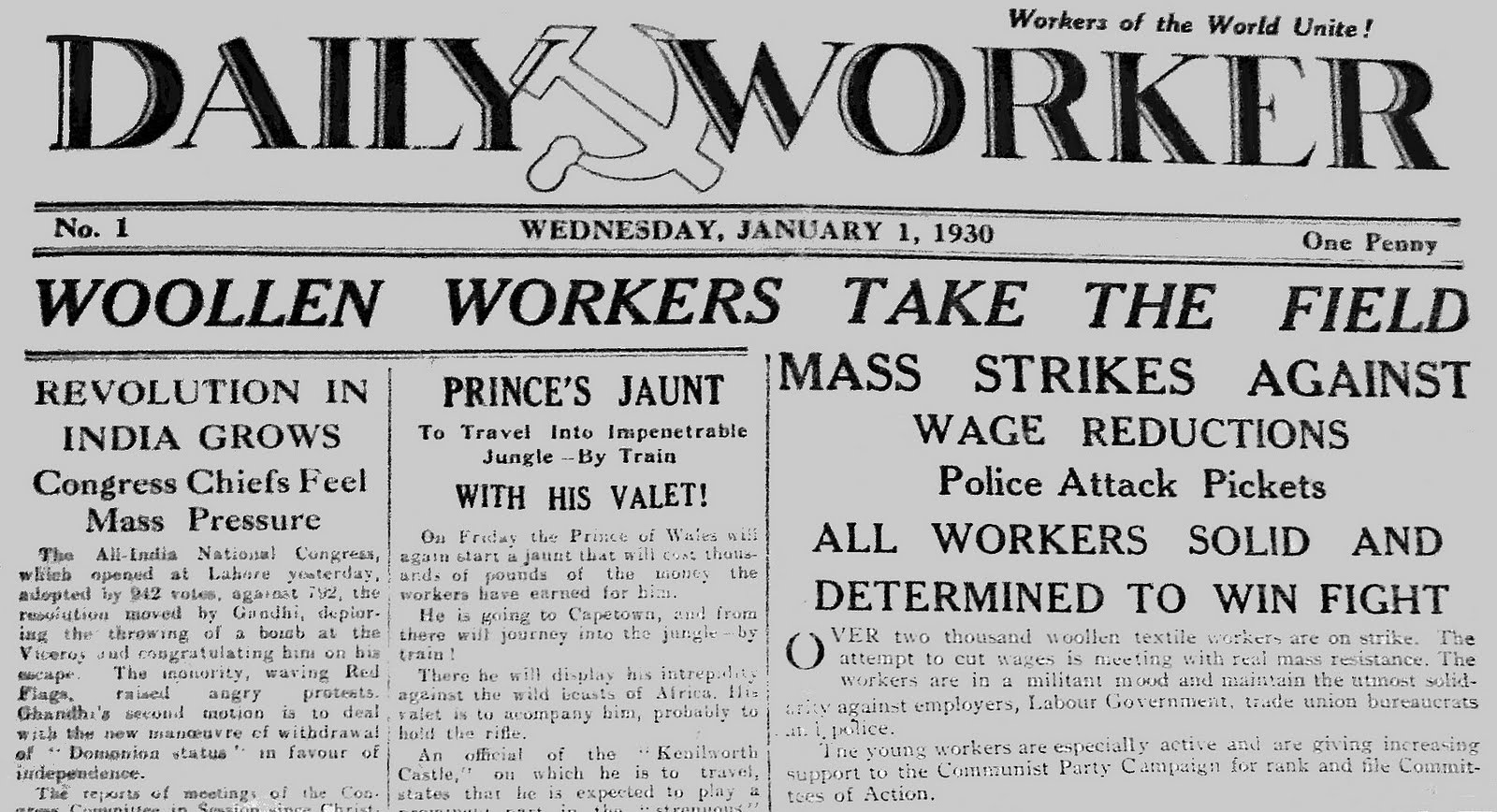 Now, before you start checking to see if you are accidentally reading the Daily Worker, let’s see what kind of investing thesis we can draw from all this.  We were discussing the wisdom of playing long-term shorts on momentum stocks like PCLN, NFLX, OPEN and CMG in Member Chat this weekend (see very extensive strategy discussions under our Breakout Defense Trades as well as our still-bearish $25,000 Portfolio) and my comment regarding whether NFLX should be used as a "focus short" (the kind we stick with and roll along) was:

NFLX is NOT a stock you want to press short into inflation. Neither is PCLN, who collect a fee and outsource their labor so costs are relatively fixed. The models can be gamed by inflation. CMG, on the other hand, has a wider distribution and suffers margin pressure from time to time and rising local labor costs can be very painful – that’s the kind of business that we can expect an eventual sell-off in. But, in a real inflationary environment, it’s hard to bet against anything other than utilities and insurance – who have regulated charges and often can’t get increases fast enough to keep up.

The rising tide of inflation can certainly lift all market ships.  Of course we’re ignoring the relative value of stocks to real inflation but that’s a deep kind of discussion we have with Members over months, not in 2 paragraphs of a morning post. As a quick example, check out the S&P 500 priced in gold since the crash. If we assume gold is a real hedge against inflation and the real value of a dollar, then US equities are STILL down 41% off the highs with a DECLINING 200-day moving average. In other words, we are losing ground to inflation and currency devaluation with our market plays: Does this mean we don’t buy stocks? No, stocks need to catch up to inflation and they, like prices, are likely to go parabolic if inflation continues at the pace being measured by the Billion Prices Project. Also, we are blessed to be able to leverage our stock market gains and that should keep us well ahead of inflation but not so much for the tired, huddled masses we will be leaving behind as we hunker down in our luxury bunkers to ride out the revolution, which may come sooner than you think if speculators are right in projecting an additional 50% jump in the price of rice.

As Mubarak has shown us – you can rob and oppress people for three decades without a peep as long as you feed them but, once they begin to starve – it is amazing how fast they take to the streets. Les Miserables is the World’s most popular musical – you would think some lessons would have been learned by the bourgeois audiences that walk out of the theater humming the tunes, but no…