How will they will prop up stocks after QE? An answer?

Bernanke has told us at least a half-dozen times that the primary objective of QE is to jack up stock prices. Let’s give the man his due. It has worked. Rising equities and an improving economy are now synonymous. Daily doses of QE through POMO purchases are creating liquidity. Some of that loose money finds its way to equities.

The problem with QE is that some of that money is also going to unwanted places. And it is a factor in rising inflation around the world. While it is correct to say that the Fed can’t be blamed for everything, it is also correct to say that ZIRP and QE are adding to the problem.

For that reason alone (there are many other good reasons) QE will end this summer. When the connection between the Fed’s easy money and rising global food prices is made in the NY Times (it will be) QE will die.

If that should be the case one would have to expect that a drop in demand for equities (and other things) is going to have to occur at some point this year. It could be as early away as four months (the last month of QE will be of no significance). This creates a problem for policy makers. They can’t let stocks find their own level. After all, it is now proven that we need stocks going up for the economy to expand, it must work the other way round. Right?

I think that there is a solution to this problem. Give the S&P 100 a bunch of money and an excuse to do share buybacks. Something like that just might happen. It is a development that is most certainly worth watching for if you have an eye on the tape.

This headline tells the story: 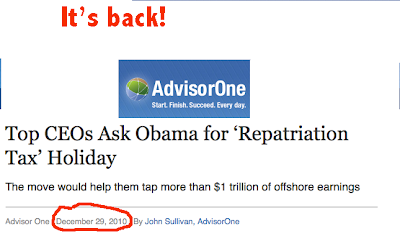 The NY Times had a story on this last year: 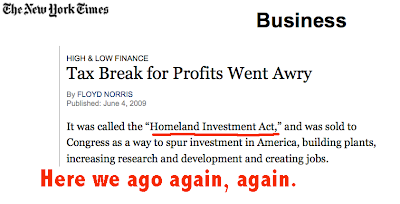 If you have a day with nothing to do read this (61 page) report titled:

The conclusion of the report regarding the 2004 tax holiday for US corporations:

Estimates indicate that a $1 increase in repatriations was associated with a $0.60-$0.92 increase in payouts to shareholders.

The pieces are on the table. The US desperately needs its corporations to make major investments domestically if there is to be any hope on the jobs front. So a deal will be made to bring home the $1trillion that is currently being parked offshore avoiding taxes in the US. The deal will be that this money gets hit with little or no tax. The condition will be (exactly as in 2004) that the money will be invested in domestic R&D. Everyone will hail this as a step in the right direction.

But the reality will be that 60-90% of the money gets leaked back to shareholders in the form of special dividends or share buy backs. The principal motivation for the tax holiday will be to give stocks another lift.

Who knows, this might work. An extra $500b or so coming into the market should keep the froth going for a bit longer. Right? But after the buybacks we still will not have much in the form of new investment.


When might this happen? How long might it benefit the markets? Tough questions. Should our policy makers go this route they are smart enough to time the results. The tax holiday would kick in during the 3rd Q (timed to offset the end of QE2). The benefits (if any) would peak in the summer/fall of 2012. Just in time to influence a big election. Of course under this plan there would be nothing to prop up the market (aka “the economy) on the day after the election.

A friend attended an ISI/Ed Hyman meeting. He shared his notes with me. The following caught my eye. Obama is only concerned with the economy in the summer of 2012. Bernanke is concerned with July of 2011 (end of QE). If there were a tax holiday that was “market friendly” timed for the third quarter it would address both of their concerns. A tax deal would let Ben off the hook. 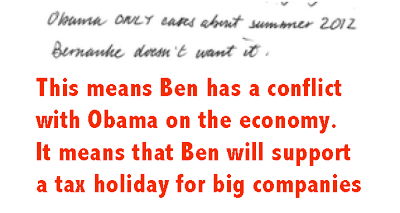 There is one additional piece to this puzzle. Who is advising the President on these matters? Our boy Jeff Immelt, CEO of GE. The fox is truly in the hen house this time. 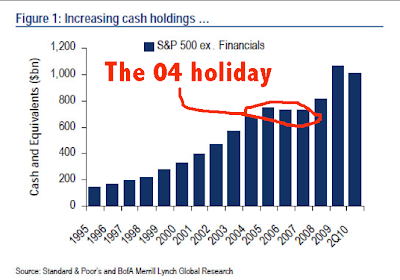 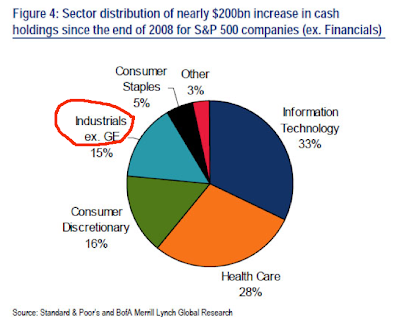 More on this topic at Zero Hedge. 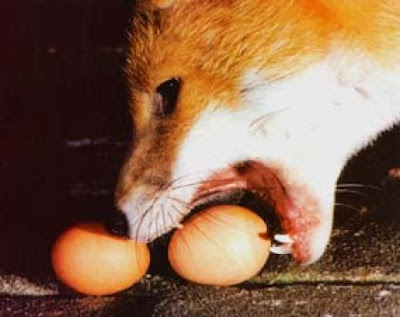