The Sunday talk show economic topic was what to do with the Bush tax cuts that expire at the end of this year. I thought I heard a unanimous voice from the likes of Zandi, Corzine, Tyson and (surprisingly /importantly) Senator Corker (R.Tenn.) that Congress should act quickly to agree to do nothing on those tax increases for at least another year. Look for that terrible choice to be made sometime in the next month.

There is another government program that is headed for the sunset New Year’s Eve. The Build America Bond (“BAB”) subsidy program was one of those “emergency” measures taken back in 09. The program was part of the ARRA stimulus legislation. This deal has Wall Street "deep thinking" all over it. I think it is a legacy idea from Hank Paulson. Geithner probably took some notes at a meeting in 08 and a year later it was law.

One of the many risks to the economy back then was whether the municipalities across the country would be able to access the capital markets to fund big ticket projects like schools, water treatment and other infrastructure investments. BABs addressed the problem by allowing the municipalities to fund in the taxable market. The audience for taxable bonds is very big. BABs opened the door for muni’s to issue taxable debt. However, when issuing taxable debt those same borrowers faced a much higher cost than if they had issued tax-exempt securities. Muni’s trade about 20% richer (historical) to taxable because of the tax break. To offset this cost and to encourage local governments to borrow and spend Uncle Sam has agreed to rebate the borrower for 35% of the interest expense.

I expect that the BABs legislation will be rolled into the Bush tax roll-over and they will both be extended for at least another twelve months. Shame on us. BABs should die because:

-This was an emergency measure. It was deliberately keep on a short time frame. This stopgap measure is no longer needed economically. But more importantly we need to get off the federal life support and see how the patient is breathing.

-Tax-exempt muni yields have collapsed. Even California bonds have been a big winner. Their five-year yields have fallen from the 4’s to the 2’s. A graph of the price action:

There is no justification for extending BABs looking at this graph. There is no shortage of demand for municipal bonds.

-Since the program began $123b of long term BABs have been issued. The average coupon was ~5%. That comes to $2B (and growing) per year for a very long time. This is just a stupid way of spending spare federal dollars.

-The Muni market is about $2.8T. It is a very large and well-developed market. The BABs issuance has competed with the traditional tax exempt issuance. If allowed to continue there will be two negative consequences. (1) The depth of the Muni market will be negatively impacted. (2) Taxable issuance of Muni’s will compete with the corporate bond sector. The latter is a non-issue today. But wait a year or two and watch the pendulum swing.

-BABs enables municipal borrowing. This is at the heart of the matter. Should we have policies that encourage more debt? With few exceptions, the “deciders” would say “yes”, more debt is good. It is true that DEBT=GROWTH. And we all know the deciders are desperate for growth.

-Possibly the most compelling argument against extending the BABs legislation is a review of who is supporting it. High priced lobbyists paid for by the big shots on Wall Street. From The Bond Buyer:

According to congressional lobbying records and interviews with market participants, 78 organizations have either hired lobbyists or lobbied on their own for BABs, and as many as 202 lobbyists have taken on the issue since the taxable stimulus bonds were created in February 2009. But activity spiked most noticeably this year, as muni market participants began pushing for a BAB extension

Goldman reported in March that it earned $54 million to underwrite $34 billion of BABs and charged slightly higher fees for BABs than for tax-exempt bonds.

Bank of America NA, Citigroup Management Corp. and Goldman have all reported BABs in lobbying records since last fall. 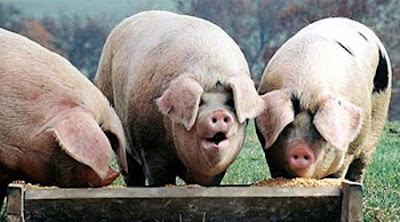