My Ex Bonds and Ben Bernanke

Three-four years ago I had a nice bond portfolio. For a guy who should have know better I completely boinked it up. I fell prey to the worst of errors. I let disbelief guide my choices.

I had a bunch of high coupon NYS GO Muni’s. Almost all of them have been called. I had 5 and 5 1/2% Agency MBS. I knew that was subject to prepay, but I never expected to get 80% cashed out. The corporate’s were high yield so I kept the maturities short. Most have been paid off.

Net-net my fixed income is down a cool $150, 000. I have managed equities and at my age I am not going overboard on that. I think all preff stock is junk. I will not buy JNJ for a 3% yield and lose a 1/3 of my equity. And I am not going out far on the curve when there is no payback. So I am screwed. Losing this much income makes it hard to plan for expenditures. Relying on the equity market to earn a stable income is not possible.

So if you lose that much income what do you do? I cut fixed and variable costs.

-I left my high-end golf club. Saved $30k on that. Last I checked there were 70 out of 270 members looking to do the same thing. Talk about a leading indicator.

-I had my eye on a new A-6. Call that $30k with the trade. I nixed that plan so a few folks in Wolfsburg have a car less to build.

-My farm pickup has gone to work six days a week for the past 12 years. The help, the rust and the big loads have beaten it to pieces. I need something that will push snow, so that is another $40k. Screw that, we will drive the piece of crap until it dies.

-I was thinking of asking a lady to come with me for a few weeks to Europe. Saved at least $10k there when I never brought the topic up. Funny thing is, she’s there now with another guy. Possibly he does not have a “duration” problem.

-I have an endless list of trades working for me. Plumbers, carpenters, masons, electricians. I usually budget 30k for this. These guys are all calling me up to see if I am okay and do I have some work? I tell them, “Next year”.

-My apple orchard needs pruning and the tree guy came over to talk about it. I also told him next year. The risk is we have heavy wet snows and I will lose trees so I am taking a gamble. Another 10g saved.

Ben Bernanke does not give a rat’s ass about me. Nor should he. There are plenty of situations that are screaming for help that are much more important than I am. I have no problem with those priorities.

Ben is probably going to be working on his speech as he flies out to Jackson Hole. It will be an important presentation that many will focus on. I am sure that he will acknowledge the weakness in the economy. He will point to the recent steps he has taken and he will promise to do more “as necessary”. In other words, ZIRP will be with us for a long time yet to come.

Bernanke has a better handle on the numbers than anyone. He knows we are hitting an economic wall. But he can’t figure out what to do so he looks in a college textbook and reaffirms his belief in Keynesian economics and voodoo monetary policy. The only medicine he understands: zero interest rates. The poor guy must be wondering why his efforts have failed so miserably. He is now looking at a questionable future. If he steps on the gas with QE2 and fails, he will go down in the books as the worst fed governor in history. I think is going to fail miserably.

How many people look like me? A million? Three million? Five million? It is many more than you might think. If it is 3mm then it translates to a drop in consumption of $450 billion or 3-¼% of GDP. So without the me’s of this country contributing to consumption we have a tremendous drag. We need 3-1/4% growth or the social obligations/debt will eat us alive in a few years. We’re not going to see that growth. QE is the culprit. And Bernanke does not get it.


Note: The NY Times had a front-page story by Sewell Chan that spelled out his thoughts on the dilemma Bernanke faces. He started the column with these words:

Bernanke to Offer Outlook as Fed Weighs Bolder Steps
On Friday Ben Bernanke will offer his outlook on the economy and explain the Fed’s recent modest move.

This is a dangerous understatement by Mr. Chan. Until very recently Bernanke and the bulk of the board members had been signaling that the next move in monetary policy was going to be a return to normalcy. The Fed’s recent move to initiate the first step in QE-2 is a 100% u-turn on what has been said/promised for the past year. There is nothing modest about that step. The markets have shown they don't like it. Every additional measure that Bernanke takes will lead to more dissatisfaction. Ben can’t connect these dots. He thinks the solution to our problem is to create free money so the commercial banks can generate big income to absorb the big losses. It is a dead end policy for the real economy. 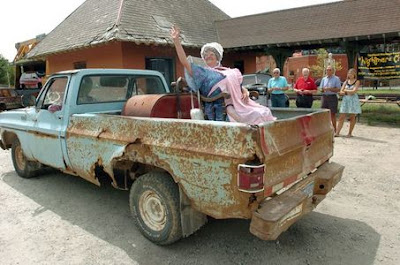