I am looking at the tape(s) and it appears to me like everything is cracking up. The most troubling is the widening of sovereign spreads. That beat goes on. With that in mind I looked at who might be next on the list of countries that the wolves (AKA-“Global Bond Investors”) close in on. To make a big move on the global financial stability scale I think it would have to be a country whose GDP is north of $1 trillion. Here’s the list. 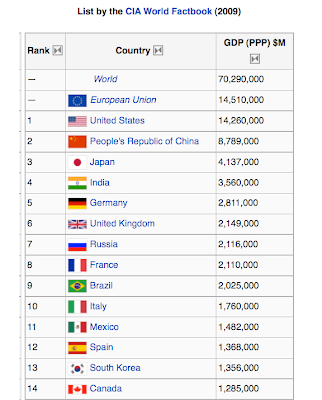 Of the 15 names a few (Spain and Italy) are already being pursued by wolves. Russia is not likely to be a problem in this round. Nor is Brazil or Korea. That leaves Mexico.

Before considering some of the negatives in the Mexico story I want to address the one issue that is the most compelling argument against a Mexico problem. That is their reserves. The Mexican Central Bank is sitting on $98b of cash. Consider this chart: 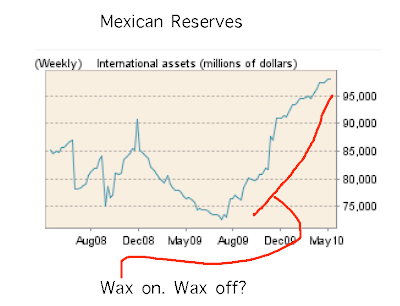 While this horde of money would appear sufficient to insure a soft landing for Mexico I want to draw your attention to where the reserves were a year ago. From June of 2009 to recently reserves have gone steadily higher. This $25b of capital was part of the global “risk on” phenomenon. Money that had left Mexico looking for a safer port during the 08-09 financial “crisis” came back home. New money came in as capital began looking for cheap equities. Consider the Mexican Bolsa: 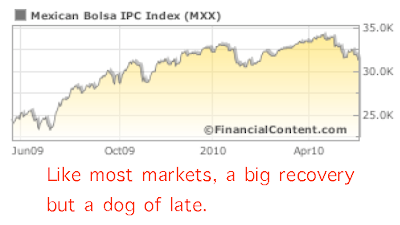 The Peso faired better as the money returned: 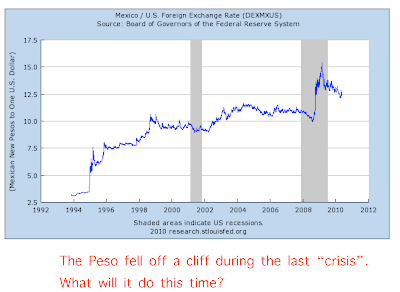 But that $25b was hot money. It came in fast; it will leave just as fast. While Mexican investors could take comfort in the weekly reserve number in the past, just the opposite will likely happen in the future. We are in a risk off mode. Some of the money that came to Mexico is going to be leaving. Looking at a few short-term charts makes me wonder if the process has not already started: 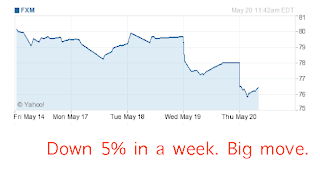 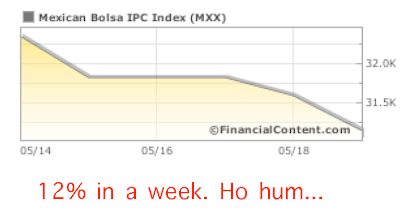 Mexico is an oil exporter. They are getting killed by the recent drop in crude. They supply the US with 1/3 of our crude yet they still run a current account deficit. In 2009 it was a lumpy $10b.

For me, the most troubling number comes from the CIA. They put Mexico’s external liabilities at $177b.

This number represents both the public and the private sector liabilities. There are many assets against this that are denominated in dollars. But I am still troubled. This external liquidity is the issue of contagion. Global holders of these IOU’s are putting their money back in the wallet. A contraction of credit for Mexico of 20% would put a big dent in those reserves.

If the price of oil slips another $10, Mexico’s name is going to come up with the wolves. 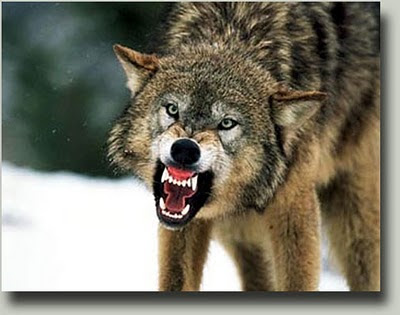